Corridors of Freedom, a vision of a city that works for its people 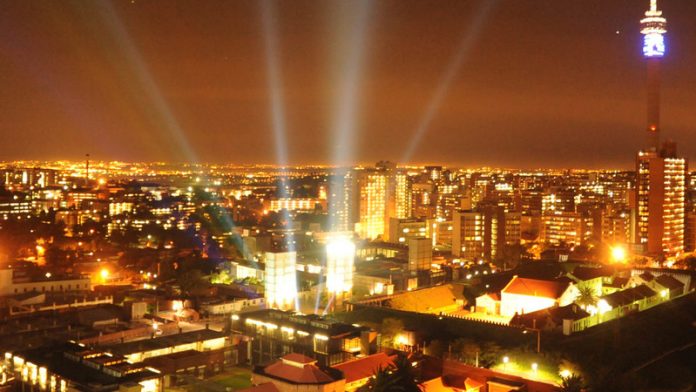 The Corridors of freedom is a bold, far-reaching plan designed to redress lifestyle inequalities, improve the quality of life of all and add valuable hours to the days of commuters, who currently spend many waking hours in transit to and from work.

In line with the Johannesburg 2040 Growth and Development Strategy, the vision sees the racially divided suburbs of the apartheid era brought closer to commerce hubs through improved transport infrastructure and expanded public transport systems, as well as the creation of affordable high-density housing and mixed use developments within these corridors, and the development of infrastructure and services designed to improve the quality of life of citizens.

The Corridors of Freedom vision sees residents and citizens of Johannesburg from all walks of life enjoying more time with their families, participating in healthy outdoor activities, and having the ability to “live, work, stay and play” within smaller geographic areas or with far less travel time. The vision includes an emphasis on public safety and a cleaner, greener environment that encourages walking and cycling as an alternative to motorised transport.

The City notes that millions of Joburgers rise before dawn to catch a train, taxi or bus to work, with research indicating that a large proportion of Gauteng residents spend more than 20% of their monthly income on transport. Not only does this impact on earnings, it also causes the social fabric of families to suffer, because parents are forced to be absent as a result of travelling to and from work at times when their children are preparing for school, doing homework and eating evening meals.

Expanding reliable, affordable and safe transport systems and increasing the availability of affordable accommodation in well-located and well-managed developments closer to commercial centres, as well as enhancing the public facilities available to residents, is part of our work to improve the quality of life for millions of City residents.

In his 2013 State of the City Address, Mayor Mpho Parks Tau introduced the Corridors of Freedom concept, describing it as “the launch of one of the largest public transportation development programmes in the history of South Africa”.

Having pioneered the first Bus Rapid Transit system in Rea Vaya, the City is now taking transit-orientated development a step forward, with a view to forever changing the urban landscape of Johannesburg and eradicating the legacy of apartheid spatial planning.

“Over time we will drastically reduce the need for private vehicles as the City progressively moves towards an effective public transport system, cycling lanes and pedestrian walkways,” he said.

Progress on rolling out the Corridors of Freedom is well underway, says the City, with residents from Sandton and Alexandra through to Soweto expressing their satisfaction with the Rea Vaya services’ comfort, safety and convenience.

In his State of the City Address 2014, Tau stated: “Through the Corridors of Freedom, we have initiated bold steps towards a comprehensive transformation of our spatial destiny, and a break from our apartheid past of spatial, social and racial segregation; a past premised on prejudice and division.”

“This is a City at work to reverse a legacy of social engineering based on exclusion and apartheid; to create a spatially integrated City and undo the process of urban sprawl, through the provision of high-density housing along well-planned transport corridors. This is a City at work creating a safe environment through pro-active initiatives to address crime, grime and lawlessness.”

Finance MMC Geoffrey Makhubo said in his Budget Speech 2014: “To attain this vision, the City is committed to concentrating capital funding and a range of interventions over the medium to long term in the Corridors of Freedom, including: Infrastructure networks — R2.6-billion will be spent on the Rea Vaya construction on the Louis Botha Corridor, safe neighbourhoods designed for cycling and walking, mixed use developments that will stimulate economic activity and create opportunities for emerging entrepreneurs, diverse accommodation types and tenure options — R225-million will be spent over the next three years in housing projects within the Corridors; and integrated access to a range of social amenities including parks, public spaces, libraries, social halls and clinics.” The key to the strategy is the creation of an integrated environment, the MMC said.

For example, in Westbury, on the Empire/Perth Corridor, interventions will include:

In the medium term to 2016, targeted areas include:

In the long term to 2040, the targeted development areas include: