Rustenburg mayor: I was framed for murder of councillor 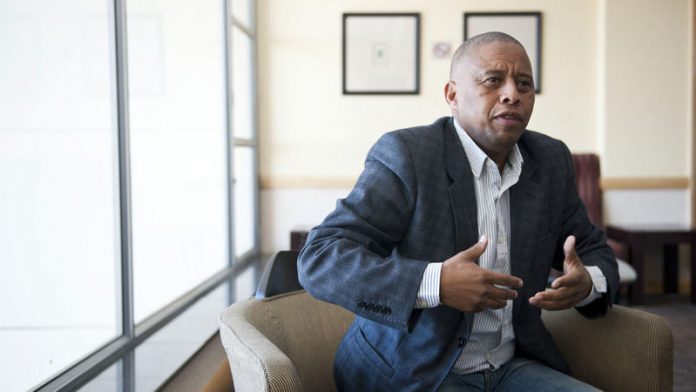 From mayor to accused. Then convicted killer to prisoner and, finally, a free man. Now Matthew Wolmarans, who was acquitted last week of masterminding the killing of Rustenburg councillor Moss Phakoe, will sue the state and, individually, all seven police officers who wrongly implicated and arrested him for the much-publicised murder.

Wolmarans, the former mayor of Rustenburg, will claim damages for wrongful arrest, malicious prosecution, loss of income and injury to social standing.

But despite his acquittal last week, Wolmarans is quite aware that people will not stop seeing him as a murderer.

“Everyone sees you as a convicted killer,” he told the Mail & Guardian this week at a Johannesburg hotel a few days after his acquittal. “It becomes your name tag.”

Wolmarans was speaker of the Rustenburg municipality at the time of his arrest in 2011.

He has since spent time in four different prisons in Makau, Rustenburg, Brits and Rooigrond, the prison that was supposed to be his home for two decades.

Immeasurable damage
“The damage that this case has done to my life is immeasurable. It was like a big rock has been placed on my shoulders.

“I lost my job, a few comrades and friends, while at the same time there has been a lot of support from many people.”

While he did not want to play a victim, Wolmarans said his life had been turned upside down. Even his children were tormented at school for having a murderer for a father, he said.

Wolmarans was convicted in 2012 and sentenced to 20 years in jail. His former bodyguard Enoch Matshaba was condemned to life behind bars

While Matshaba was convicted for being the killer who pulled the trigger – despite a murder weapon not being found – Wolmarans was found guilty of being the mastermind behind the 2009 assassination.

Phakoe’s family and friends, as well as trade union federation Cosatu, were pleased that there had been an arrest and a conviction.

Judges Monica Leeuw, Adriaan Landman and Samkelo Gura found that the court that convicted Wolmarans and Matshaba failed to ensure the case was properly investigated, relied on information that could not be corroborated and failed to follow the leads that could have disproved the two men’s alleged involvement in the murder.

“Our case still remains that the state must find Moss Phakoe’s real killers so that they give answers to the Phakoe family,” Wolmarans’s lawyer Raphepheng Mataka said this week. “There is a case to investigate, but not against us.”

Matshaba was unsuccessfully urged to turn state witness against Wolmarans, something that Mataka said proved that the plan was to convict his client “at all costs”.

“[A] lawsuit is the only suitable recourse now,” Mataka said. “It is the cops that we are really after. They must be hounded out because they are the ones who destroy people’s lives.”

“I do not harbour any bitterness towards the family. I understand that they could have been open-minded if there were no people crowding them all the time and telling them things that convince[d] them otherwise.”

Off the hook
Wolmarans and Matshaba got off the hook after their lawyers managed to poke holes in the state’s case, but it was the high court’s acknowledgement that two key witnesses were not credible that sealed their acquittal.

One of the witnesses, Tumelo Masoka, changed his testimony against Wolmarans. He was a prisoner awaiting trial at Makau prison when he claimed that Wolmarans confessed to him that he was involved in planning Phakoe’s murder.

Masoka however recanted his statement and evidence presented in court during the trial.

He admitted his testimony was “false in that he was given a statement by the team of police officers investigating this case and in return they promised to have the theft charges against him withdrawn”.

In his affidavit, which the court mentioned in last week’s judgement, Masoka stated that he “lied” when he testified against Wolmarans.

Masoka concluded his affidavit by saying that he realised that his “conduct resulted in an ­innocent man being sent to prison for 20 years”.

Wolmarans is philosophical about his unclear future: “I don’t know where I am going with life. I am basically in the ANC’s hands. The party will decide what to do with me.”

No mayoral treatment in orange overalls

Within 48 hours of being incarcerated at Rooigrond Prison, Matthew Wolmarans was asked to sign the restoration of justice form that would see him admitting to arranging Moss Phakoe’s killing and apologising to the family. It was an “uncomfortable” process, he told the Mail & Guardian.

“It took me time to fill in a form, saying why I am in jail. And to now sign another form admitting to restorative justice for a crime I did not commit was awful.”

The former mayor insists that even though he was a well-known politician there was no special treatment for him in prison.

“I queued like everybody else. I did everything that is required to conform. People expected a mayor who is not going to eat soft porridge for instance,” he said. “When you wear that orange uniform you are always reminded that you are a lesser human being. Jail is not a good place to be in. It’s a depressing environment.

“Of course prison is scary because of stories we are told, but your survival depends on how you work with other ­people, both the officials and prisoners. I kept to myself and read a lot of books.”

Assisting fellow prisoners also helped Wolmarans survive jail, he said. He still keeps in touch with some prisoners he befriended in jail and visits them. But prison is “not a nice place”.