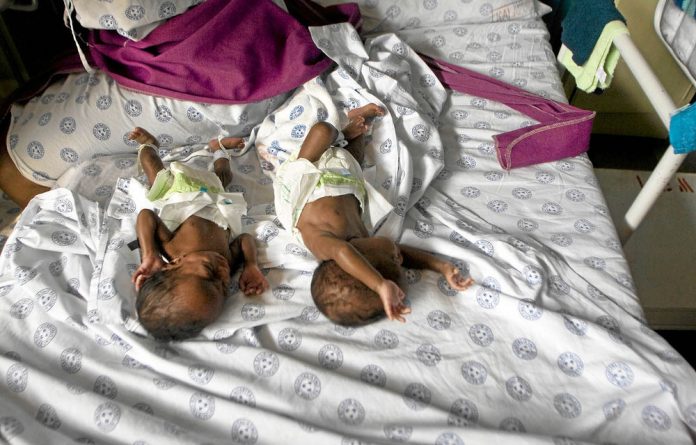 You can tell a lot about a country from the way it treats its women and young children. If a country really believes in equality then it will invest in their health, safety, education and empowerment. And if governments are serious about building long term prosperity and stability they will do so because our children will grow into the adults who will drive this growth.

This week, in South Africa, the spotlight will be on women and children’s health as leaders from across government, business, civil society and academia gather for the third annual Partnership for Maternal, Newborn and Child Health Forum in Johannesburg to discuss how to spur progress in this critical area. A new global action plan – Every Newborn – that aims to end the tragedy of babies dying of preventable causes in the first month of life will be launched on Monday in South Africa. It is much needed: each year, nearly three-million babies around the world do not survive the first 28 days of life.

The South African government has been a global champion of the Every Newborn action plan. The strategy focuses attention on newborns and identifies actions for improving their survival, health and development. It has already been endorsed by over 190 countries.

It is therefore an opportune moment to assess the situation of women’s, children’s and babies’ health in South Africa. There has been significant progress in reducing the number of children under the age of five dying. According to United Nations (UN) figures, between 1990 and 2012, there was around a 27% decline in the under-five mortality rate. This was principally due to the introduction and scaling up of prevention of mother-to-child transmission of HIV programmes for infected mothers. A free antiretroviral (ARV) programme for South Africans with HIV, including children, was also introduced in 2004. Studies have shown that ARV programmes have significantly impacted the increasing of life expectancy of South Africans.

But South Africa still has a way to go to achieve the UN’s fourth Millennium Development Goal (MDG) of reducing child mortality by two-thirds by 2015. According to South Africa’s 2014 “Rapid Mortality Surveillance Report”, in 2012, the under-five mortality rate was 41 per 1 000 live births; the MDG target is 20.

Addressing the unfinished business of these goals will require sustained political commitment and a continued focus on critical objectives – not only on measures to prevent HIV but also on other important causes of child mortality, including newborn mortality (the deaths of babies within 28 days of birth).

According to the report, in 2012 in South Africa, an estimated 12 000 babies did not survive their first month of life, and while there may have been no significant increase in the rates of newborn babies dying in recent years, neither has there been real progress with the newborn mortality rate showing little change since 2009.

Yet, the majority of these deaths are preventable. According to a recent Lancet study, with high coverage of quality care around the time of birth, any estimated 15 000 stillbirths, and newborn and maternal deaths in South Africa, could be prevented by 2025. The presence of a trained health worker, along with basic medicines such as antiseptics and antibiotics, vital equipment and a clean environment to work in can save lives.

There are many strong policies in place in South Africa, including a specific strategy to tackle newborn deaths. The main challenge South Africa has is implementation – to ensure all children and women across the country have access to high quality health services and health workers and tackling the underlying causes of newborn mortality such as inequality and poverty.

For too long, the tragedy of babies failing to survive the first month of life has been invisible. But we can change that. It will require governments, civil society, the private sector and communities to come together with renewed resolve and commitment to take the action needed to ensure that every woman and every child has access to the high quality care that is their right.

This week, as South African and global leaders gather in Johannesburg, we must all grasp the opportunity to show we are serious about achieving a world where no child is born to die.