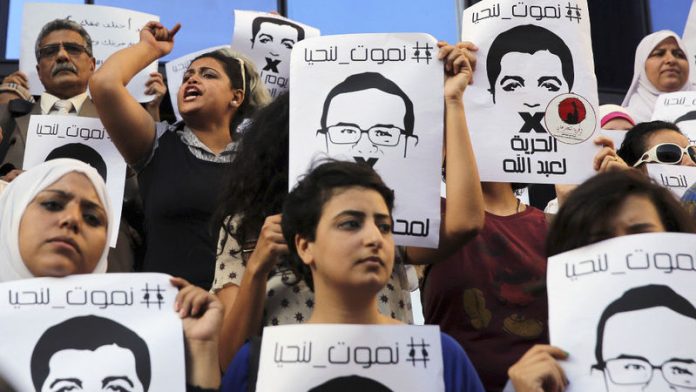 The South African government has condemned what it calls increased suppression of media freedom and the freedom of expression in Egypt.

This is a considerable departure by South Africa, which has previously been criticised for its quiet diplomacy regarding human rights abuses in other African countries.

This week, Deputy Minister of International Relations and Cooperation Luwellyn Landers spoke to Parliament journalists about Egypt, saying government welcomed and respected the decision by the African Union’s Peace and Security Council to lift the suspension of Egypt in the AU’s activities.

Landers said the country was ready to assist the government and people of Egypt where required as they sought to rebuild their country “in accordance with the popular aspirations of the Egyptian people following the recent election”.

Government also noted the progress that Egypt has made in the formal restoration of constitutional order; but wished to express its deep concern over the increased suppression of media freedom and freedom of expression, which contravenes international human rights standards, said Landers.

He said that such suppression is a contravention of the universal declaration of human rights, which upholds the freedom to hold opinions without interference and to impart information and ideas through any media, regardless of frontiers.

“We will continue engaging with the authorities in that country through available diplomatic channels on this and other matters,” said Landers.

On June 23, three Al Jazeera journalists were jailed for seven years by an Egyptian judge “for aiding a terrorist organisation”. Egypt rejected widespread condemnation as “interference in its internal affairs”.

The three journalists, who all denied the charge of working with the now-banned Muslim Brotherhood, included Australian Peter Greste and Canadian-Egyptian national Mohamed Fahmy, the Cairo bureau chief of Al Jazeera English.

Silent on Uganda
The South African government was criticised earlier this year when it refused to condemn or express a stance about Uganda’s anti-homosexual law.

Answering questions from reporters on government’s work in Parliament in February, just after Uganda President Yoweri Museveni signed into law a bill that made homosexual acts punishable by life in prison, Pandor said: “Countries pass many bills and we don’t really comment on them, so I don’t know why you need a special comment by the government on this.”

At the time, the SA Human Rights Commission called for the country’s government to condemn the law.

“The commission believes that our government should make its rejection of Uganda’s draconian law clear and visible,” spokesperson Isaac Mangena said in February.

“[We should] join those who respect the rights and freedoms of every person to call for the repeal of this and all similar legislation and to follow good human rights practices in line with its commitments under international and regional laws.”