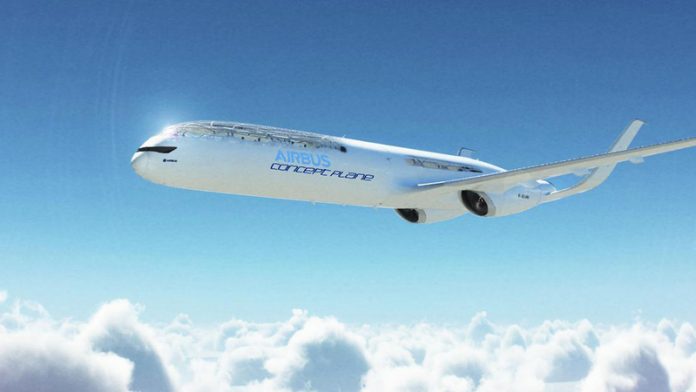 It is the flagship project of the National Science and Technology Forum (NSTF) a collaborative, consultative and lobbying organisation that represents all SETI sectors in South Africa.

“We have such a wealth of intellectual capital in South Africa, it’s important to acknowledge these hardworking individuals,” says Jansie Niehaus, NSTF executive director.

She notes the particular importance of science communication: “It’s essential that researchers share their knowledge beyond academic journals and get community exposure.”

The NSTF awards are the only ones in South Africa to include science communication. The awards are open to everyone, including the public, and are adjudicated by a representative panel. Pure and applied research is recognised, as well as research and development, which leads to product and process innovation.

The NSTF awards are endorsed by the Department of Science and Technology. The Department of Basic Education is also involved through the NSTF Awards Brilliants programme.

Other youth outreach programmes include the NSTF Awards Share ‘n Dare. It creates platforms for the winners to inspire the youth, including radio and talks.

The NSTF-BHP Billiton Award winners are:

Individual for an outstanding contribution to SET over a lifetime

Professor Eric Donn Bateman, Emeritus Professor, department of medicine, University of Cape Town (UCT), and director and founder of the UCT Lung Institute has contributed to the understanding and treatment of asthma and related diseases in South Africa and globally. He and his team at the UCT Lung Institute have developed a public health programme for common chronic and infectious diseases. The programme is internationally recognised as one of the most outstanding examples of validated integrated primary care.

To an individual for an outstanding contribution to science, engineering and technology (SET) through research and its outputs over the last 5 to 10 years

Tuberculosis (TB) is the most common cause of death in SA; however, antibiotic resistance to the disease has built up. Professor Keertan Dheda, Professor of respiratory medicine, director of the Lung Infection and Immunity Unit and head of pulmonology at UCT, has been conducting extensive research on drug-resistant TB in SA. Dheda and his collaborators have significantly improved our understanding about diagnosis, treatment, transmission and control of TB. His contributions have been nationally and internationally recognised.

Archaeologists can access the minds of people from the past using proxies for brain power. Professor Lyn Wadley, a Stone Age archaeologist based at the University of the Witwatersrand, has replicated everyday Stone Age tasks, showing that they involve complex cognition. Since the tasks first appeared between 160 000 and 70 000 years ago, we know that people living then — the first anatomically modern people who lived in SA — had minds like ours. Her methods to reach this conclusion are a global first.

T W Kambule NRF-NSTF Awards: To an emerging researcher for an outstanding contribution to SET through research and its outputs:

Professor Wanda Markotter, associate professor at the University of Pretoria, has produced work resulting in new knowledge of the distribution and diversity of African viruses that cause rabies. Markotter and her collaborators were able to show that rabies-related viruses still circulate in SA and other regions in Africa, even after no reports for more than a decade. She is also noted for the development of new diagnostic tools for rabies.

To an individual for an outstanding contribution to SET through management and related activities over the last 5 to 10 years:

There is an extensive intellectual property portfolio around the patented Pheroid delivery system. Pheroid technology is used for the delivery of pharmaceutical and other compounds in products such as medicines, lotions and creams, food supplements and cosmetics.

To a researcher for an outstanding contribution to SET through research capacity development over the last 5 to 10 years (sponsored by Eskom):

Professor Donald Cowan is director of the Genomics Research Institute and director of the Centre for Microbial Ecology and Genomics at UP. He has made significant international research contributions in the fields of microbial ecology, biodiversity and bioprospecting. This includes understanding the diversity and function of microorganisms in various environments. The research has positioned Cowan’s laboratory as one of the world’s leading groups in extremophile microbiology, functional metagenomics and modern molecular microbial ecology.

Professor Brenda Wingfield, deputy dean at the faculty of natural and agricultural sciences, UP, is one of the founding members of the Forestry and Agricultural Biotechnology Institute. She was one of the leaders in developing DNA-based phylogenetics of tree pathogens. More recently, Wingfield and her research group sequenced the first eukaryote genome in Africa. It is one of the most active research programmes in terms of fungal genome analysis.

To an individual or a team for an outstanding contribution to science, engineering, technology and innovation (SETI) through communication for outreach and creating awareness over the last five years (sponsored by the South African Agency for Science and Technology Advancement (SAASTA)).

Professor Azwinndini Muronga, associate professor of physics at the University of Johannesburg (UJ) and director of the UJ Soweto Science Centre, is a leading theoretical physicist with a talent for stimulating a deep love of science in the young.

While continuing his research, Muronga has devoted himself to a strenuous programme of outreach and popularisation of science, technology, engineering and mathematics. He has pioneered university undergraduate research programmes and is vice-chairperson of Science-tuBE, which stages science shows across the country.

Elemental software is a giant leap for technology. It uses novel mathematical models and equations in the field of computational fluid dynamics (CFD).

It was primarily developed by Professor Arnaud Malan, founder and head of Elemental Numerics and professor at UCT’s department of mechanical engineering. It’s the first all-South African CFD software and has attracted research contracts for over 8-million.

Innovation was born from the experience of Professor De Wet Swanepoel, full professor of audiology from the department of speech, language, pathology, and audiology at UP. He and his team transformed a smartphone into a calibrated device for early identification of disabling hearing loss. The cost-effective solution can be used at a grassroots level.

To an individual or a team for an outstanding contribution to SET through research leading to innovation in an SMME (sponsored by THRIP, an initiative of the dti)

Not only does South Africa experience significant environmental pollution from sulphur waste, but the solid waste produced through water treatment by the mines contains valuable deposits that are lost. Professor Jan Maree, Rand Water Chair in Water Utilisation and the team leader of the Treatment Group at the Tshwane University of Technology, developed a cost-effective solution for the treatment of acid water and brines. This was done in conjunction with its industrial partner, Key Structure Holdings.

This supplement has been paid for by the Mail & Guardian’s advertisers. Contents and photographs were supplied and approved by the NSTF.

Data for Research Award: for advancing the availability, management and use of data for research by an individual or an organisation
Read more
Special Reports

Innovation Award: Corporate Organisation for innovations and their research and/or development by a team or an individual
Read more
Special Reports

Striving for a malaria-free Africa