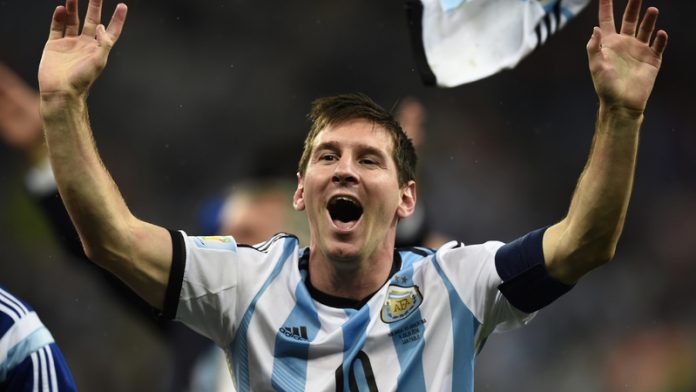 Lionel Messi can secure his place among the game’s greats with a World Cup triumph after Argentina defeated the Netherlands on penalties on Wednesday to reach the final.

On Sunday, at the Maracana stadium in Rio, Messi will come up against a German team that has ended his two previous attempts to bring his country a third World Cup title.

Messi has won everything there is to win with club Barcelona – six Spanish league titles and three Champions League titles along with various cups.

On an individual level, he has been crowned World Player of the Year on four occasions and has broken several scoring records.

But for his country, the ultimate prize has evaded him so far. A 2008 Olympic gold medal and an under-20 World Cup win back in 2005 are not to be dismissed, but the narrative has long been set – if Messi wants to be viewed in the same category as his compatriot Diego Maradona and Brazilian Pele, he needs to win a World Cup.

Making Germany pay
Maradona was the star of Argentina’s second World Cup triumph in 1986, scoring five goals and creating as many again with some memorable performances.

Pele won three World Cups with Brazil – in 1958, 1962 and 1970 – but while Messi’s skill and achievements at club level have put him close to the two other South American greats, he has yet to win the big one.

Messi had just turned 19 and was just coming back from injury when Argentina went out in the quarterfinals of the 2006 World Cup on penalties to Germany.

Four years later in South Africa, Germany again ended Argentina’s hopes with a crushing 4-0 defeat and Messi bowed out of the tournament without a goal to his name.

Now the 27-year-old Messi has the opportunity to make Germany pay for those two defeats and at the same time end the discussion about his contribution to the national team.

Leader on the field
In Brazil, Messi has looked not only like Argentina’s star, but their leader on the field, as he has responded to close marking by drifting deep and providing prompts and creativity from behind striker Gonzalo Higuain.

Messi made his mark in the opening group game against Bosnia with a fine finish for his team’s second goal after helping create the opener in the 2-1 victory.

In Argentina’s second game, a very tight affair against a determined Iran, Messi won the match with a brilliant 25-yard strike in stoppage time.

Two more goals followed in the 3-2 win over Nigeria and in the round of 16 he helped create Angel Di Maria’s winner against Switzerland.

Messi struggled to make an impact in the next two rounds when he was marked closely but showed his confidence and leadership as he went first up to successfully convert his penalty in the semi-final against the Netherlands.

Now comes Germany and more close marking no doubt, but the perfect stage is set for him to stake his claim for a place among the very greatest of all. – Reuters