Sink or swim time for the Sharks 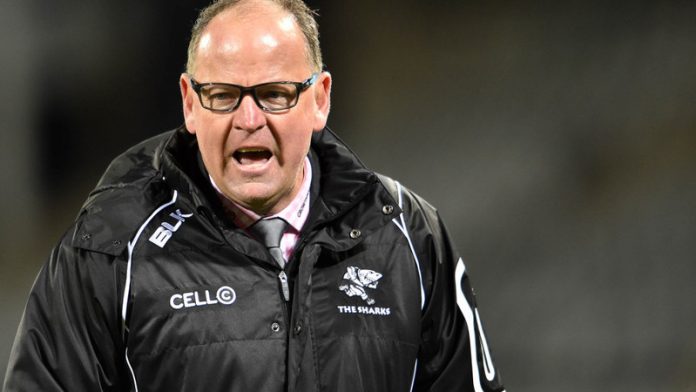 It seems that the Super Rugby season in South Africa is ending not with a bang, but a whimper. The Bulls were eliminated at Newlands last week, meaning that four of the bottom six sides in the log are local franchises.

In addition, after being frontrunners for so long, the Sharks have imploded at exactly the wrong moment. The final weekend of log play therefore contains many mouthwatering fixtures, but none of them in this country.

That may seem harsh, for the Sharks’ trip to Cape Town to play the Stormers may produce some nail-biting stuff. But the likelihood is that the door will have slammed shut on Jake White’s side long before they take the field at Newlands. If the Crusaders beat the Highlanders handsomely in Christchurch, the Sharks will have to match the kiwi side’s margin of victory and add another nine points.

This is the kind of scenario that seemed but a distant blip on the horizon in late May. When the Sharks returned from their Australasian trip on May 24 they had garnered 13 points in four games and sat atop the standings with a total of 44 points. That was five better than the Waratahs and between seven and nine points ahead of the chasing pack.

Now in the second week of July the Sharks have only amassed two more log points and they have slipped to third place because of the fast finishing Waratahs and Crusaders.

White speaks boldly of the season enjoyed by his charges, but no one is fooled. The team that went out in a luxury liner is coming home in an ambulance.

Many theories have been proffered to explain the decline, including tired and injured players, unrest in the boardroom, salary shenanigans and the fact that a number of the squad will be leaving the franchise at the end of the Super Rugby season. It may be a mixture of all these factors or it may be something else entirely.

The inability of the side to score tries was never a problem as long as they kept winning. Now, at the sharp end of the season, those unearned bonus points return to haunt them.

It is fascinating to note, for instance, that the fourth-placed Highlanders have nine bonus points (three more than the Sharks), thereby offsetting their -15 points differential.

Crucial week off
As a result, the Highlanders can still qualify, even if they lose to the Crusaders, but naturally enough the Sharks will be hoping for an unlikely away win for the team from Dunedin. That would mean the Durbanites might yet clinch a home semifinal, with the crucial week off that it brings with it.

To do that, however, they will need to beat the Stormers, something they were unable to achieve with home advantage immediately prior to the June sabbatical. It was a late Jaco Taute drop goal that sealed their fate that day, but in truth it should never have been close enough for that kick to matter. Somewhere on the flight back from New Zealand in May, the Sharks mislaid their ambition.

Which rather begs the question, given much of the above, of whether this is the beginning of a glorious era for the Sharks or the end of one that promised much but didn’t deliver enough. Those in the latter camp of opinion might point to Bryan Habana’s last-minute try in the Super 12 final of 2007 as the moment things began to turn sour.

Since that day the Sharks have won a few Currie Cups and reached the final of Super Rugby again two years ago. Jake White is the third coach of the seven-year period in question, after Dick Muir and John Plumtree. The former Springbok coach has made no secret of the fact that he wants another go at international rugby and it has already been announced that Brad McLeod-Henderson will take over for the Currie Cup.

There is another scenario, of course. Whatever happens on Saturday, the Sharks could win three games in a row and take the title for the first time in their history. Clearly the Crusaders are not the force they were a decade ago and age is beginning to count against the old firm of Carter and McCaw. There are even rumours that their special treatment by the New Zealand Rugby Union has created divisions in the camp.

Equally, the table-topping Waratahs have no great pedigree this late in the season. They have managed to get where they are today with the help of some free points on offer in the Australian conference and the try-scoring abilities of the outrageously talented Israel Folau, a Rugby League convert who was actually worth the money invested by the Australian Rugby Union.

In fact, there is not a genuinely great side left in the competition, which should give hope not just to the Sharks, but also to the half-dozen teams below them on the log who still have title ambitions. The team that grasps the moment can be the champions. For the Sharks, what’s done is done; their season begins again in Cape Town on Saturday.