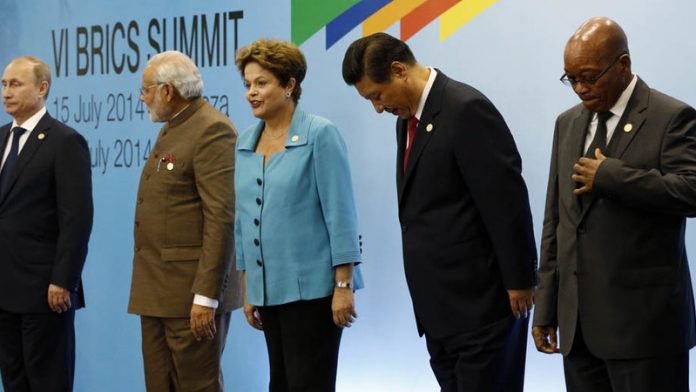 South Africa may have lost out to China in its bid to host the Brics New Development Bank headquarters but, quite unexpectedly, Africa’s most developed economy will be home to the institution’s regional centre for the whole of the continent.

The world’s largest emerging economies – Brazil, Russia, India, China and South Africa, dubbed Brics – have put their money where their mouths are by signing an accord to push ahead with a $50-billion development bank, as announced following the sixth Brics Summit, which ended in Fortaleza, Brazil, on Wednesday.

In a declaration released by the Brics nations on Tuesday, the group announced they had signed an agreement establishing the New Development Bank “with the purpose of mobilising resources for infrastructure and sustainable development projects in Brics and other emerging and developing economies”.

A treaty for the establishment of a Contingent Reserve Arrangement, with an initial size of $100-billion, was also signed. “This arrangement will have a positive precautionary effect, help countries forestall short-term liquidity pressures, promote further Brics co-operation, strengthen the global financial safety net and complement existing international arrangements,” the declaration said.

However, “the New Development Bank Africa Regional Centre shall be established in South Africa concurrently with the headquarters”, the Brics declaration said.

Simon Freemantle, a senior political economist at Standard Bank, said he had not expected an Africa regional centre, given that South Africa had been pushing strongly for the bank to be headquartered in Johannesburg, even though it was expected to go to China – “and it makes sense for it to be there at a number of levels”, he said.

The local office will play an important role in funding African projects, which goes some way towards appeasing South Africa, although the headquarters will remain more influential as a whole.

“It’s a tough ask to have it anywhere else [than Shanghai],” Freemantle explained. “If you look at the contingent reserve arrangement, South Africa’s contribution is $5-billion, China’s is $41-billion – it’s eight times larger in terms of contribution than South Africa.”

Infrastructure
The composition of the bank is also clearly aimed at distributing ownership to all the Brics nations.

Given the size of South Africa’s economy, it doesn’t technically deserve to be hosting the bank’s headquarters, but it secured its place by virtue of being a gateway to Africa, Freemantle said. “Having South Africa on board helps to bolster China’s very clear and large Africa agenda.”

Charles Brewer, managing director of DHL Express sub-Saharan Africa, said that the announcement was a significant milestone in fostering trade between South Africa and other Brics economies. It will also assist in removing key economic stumbling blocks for South Africa’s economic growth and further position the country as a gateway into Africa, where there is a huge need for investment.

“Within the business of logistics, we often witness how the quality of infrastructure in a country can positively or negatively impact economic performance. For instance, in many African countries, infrastructure is a major constraint on doing business. With underdeveloped road and rail networks, and some cities only being serviced by one flight per week, infrastructure and connectivity are among the most pressing problems limiting growth,” he said.

Funding services
In his speech at the summit, President Jacob Zuma noted that Africa is now the fastest growing region of the world and said: “there are many opportunities which the business sector within Brics should continue to explore.” He said he had no doubt “our continent” would welcome the developments, one being the agreement to launch the Brics bank.

Freemantle, however, said that the funding was limited and would certainly be quickly swallowed up by the member countries for imminent projects in their own countries. He added that it was likely only a second wave of funding would reach developing economies outside of the Brics nations.

He said the new bank was intended to compliment other development funding institutions, like the International Monetary Fund, and not to replace them.

The Brics New Development Bank is expected to start funding projects as soon as 2016.