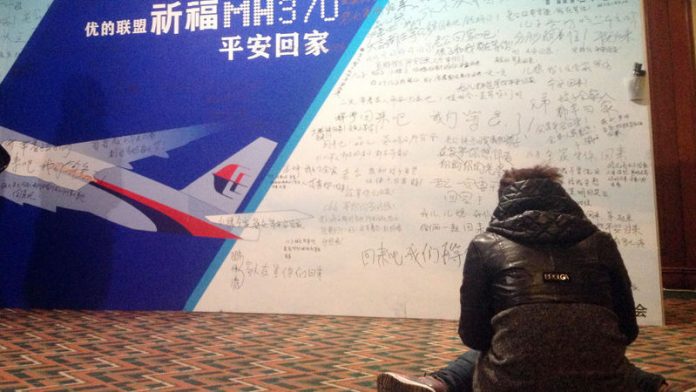 The Organisation for Security and Co-operation in Europe, which has been monitoring the security situation in eastern Ukraine, has called a crisis meeting for Friday to discuss the Malaysia Airlines crash.

“A special Permanent Council meeting is taking place … on the tragic crash of Malaysia Airlines flight MH17 in eastern Ukraine,” the organisation said in a statement.

The latest Malaysia Airlines disaster has rekindled the grief of MH370 relatives who say the new crash bears out their furious criticisms of the nation’s air carrier and government.

Flight MH17, a Boeing 777-200, went down in strife-torn eastern Ukraine on Thursday. There were 298 passengers and crew on board, mostly Dutch citizens. The tragedy has reopened the deep emotional wounds caused by the March 8 disappearance of flight MH370, whose fate remains one of the biggest aviation mysteries to date.

Many family members of MH370 victims have repeatedly accused the airline and Malaysian government of withholding information and of suspicious conduct in handling the probe into the disaster. “My heart is breaking for another 295 souls on board, and another 295 families. Now I cannot stop shaking,” said Sarah Bajc, partner of MH370 passenger Philip Wood.

US officials said MH17 was shot down by a surface-to-air missile, a possible casualty of a violent rebellion by pro-Russian insurgents. But Bajc said “it was only a matter of time” before a new tragedy struck the struggling Malaysia Airlines.

Bajc is among a group of vocal MH370 relatives who have criticised the government and airline’s handling of the search for the missing plane and investigation into what might have caused it, alleging information was being withheld. “When symptoms of a disease are ignored, the disease festers,” she said in an email to Agence France-Presse.

“Another [Malaysia Airlines] flight has gone down. Another 777 … Far too much coincidence for the two situations to not be linked in some way … How do we know a similar thing didn’t happen to MH370?” she said. Flight MH370 vanished March 8 en route from Kuala Lumpur to Beijing with 239 people aboard.

No sign of wreckage
The Boeing 777-400 is believed to have crashed in the southern Indian Ocean, but an extensive search has turned up no sign of wreckage so far, leaving families frustrated and anguished. “That the same airline can suffer these incidents is very upsetting,” said Stephen Wang, leader of a group of relatives of Chinese passengers on MH370. Wang’s 57-year-old mother was on MH370.

His countryman, 30-year-old engineer Wang Zheng, said news of MH17 brought a fresh jolt of pain over his parents, who also were on MH370. “Seeing this incident – the same plane, the same airline, creates new pain,” he said. Malaysia Airlines and the country’s government have defended the use of the flight path over rebel-held eastern Ukraine, saying international air travel authorities had deemed the route secure.

However, South Korea’s two main airlines, Korean Air and Asiana, as well as Australia’s Qantas said they all rerouted flights from as early as the beginning of March when Russian troops moved into Crimea, triggering the strife in Ukraine. Malaysian national Intan Maizura Othman, who gave birth two months after losing her fellow MAS flight attendant husband on MH370, said her tears “still pouring for hubby” were now flowing for her friends on MH17 as well.

“How you expect me to fly? I think I will hang my uniform very soon,” she said on Twitter. Another Malaysian, G. Subramaniam, said the crash “brought memories of our only son who was in the missing MH307 flight … This new Malaysia airline crash is a fresh blow to me and my wife,” he said. – AFP