A plaas baas is still the bee’s knees 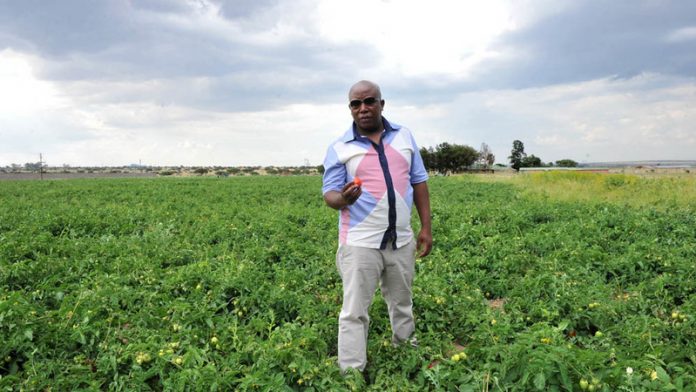 Stud breeding for venison or hunting is relatively new in South Africa, as are olives. In the broad sweep of history, olives only came on to the scene recently. But as long as there has been commercial farming here, it seems, there have been princes of commerce and politics who fancy themselves farmers once they have made – and sometimes while still making – their money in other endeavours.

Some have failed spectacularly, although few as spectacularly as the National Council of Provinces chairperson, Thandi Modise, with her cannibal pigs. Others have seen money trouble unrelated to their farms snatch away the dream, much like Economic Freedom Fighters leader Julius Malema and his cabbage patch auctioned off in lieu of taxes.

Some have suffered the kind of indignities nonfarmers could never imagine – like ANC secretary general Gwede Mantashe, a successful farmer, who lost prize sheep to stray dogs. And others have invested such large sums that it is hard to imagine how they could earn a commercial return, as is the case with Deputy President Cyril Ramaphosa and his acquisition of expensive buffalo (though the ANC says Ramaphosa has scaled back his direct involvement with farming since leaving business to return to full-time politics).

And some have found themselves caught up in trends particular to their professions, such as the bankers who swarmed into the wine lands, or the empowerment nouveau riche, who took to breeding Nguni cattle.

Through the ages
The white ruling classes did it in the late 1800s, when colonists poured foreign capital into farms in South Africa (even though records suggest that those who made their money mining the earth rather than tilling it tended to invest in estates in their colonial homes rather than where the money was made).

They did it in the early 1900s, and stories abound of local merchant families buying farms for those returning from the World War I. They did it in the 1960s, in what appears to have been the flush of patriotism after Hendrik Verwoerd led South Africa out of the Commonwealth and the country became a republic.

They did it in the late 1980s and early 1990s, when many retreated from politics and business and urban areas ahead of the democratic handover.

They did it in the mid-2000s, after much money was made in bull ­markets and commodity booms.

‘Cellphone farmers’
Some want to create jobs; some want to reduce the amount of land in white hands. Others cite an affinity with the land or a need to escape the rat race.

Some though, one must uncharitably conclude, consider a farm a necessary fashion accessory, the kind that can be hauled out as a conversation point at a certain class of party.

In private, real farmers, black and white – the kind who live and die by the rain – mock these newcomers as “cellphone farmers” and ridicule their dependence on hired-gun managers more earthy than themselves. Formally, however, those representing the “real” farmers have no objection to the participation of the rich in their industry – with a few caveats.

“We don’t care who a farmer is, as long as that person is capable of keeping that farm productive and contributes to the food security of the country,” says Aggrey Mahanjana, secretary general of the African Farmers’ Association of South Africa.

“We always disagree with a farm owned by a person not capable of managing or running it properly, whether poor or rich.”

Reliable income
In fact, Mahanjana argues, a reliable source of income is nearly a prerequisite for a new farmer, so an established fortune is all the better.

“With a farm you need 10 years to 15 years before you get a real return. In the first five years, before it gives you money, what must you do?”

In theory the rich could drive up the price of agricultural land, but not by nearly as much as willing-buyer-willing-seller land reform policies could do, says Motsepe Matlala, president of the National African Farmers’ Union.

Likewise, he says, a gentrified horse or wine farm may displace workers from land that was previously put to more labour-intensive use, but the number of jobs lost would be a fraction of the fraction lost when, for instance, a large European agribusiness pushes consolidation in the dairy sector.

There are, Matlala says, theoretical justifications for scoffing at those who come to farming fresh, ambitious and loaded, but no solid reasons.

“It is not a crime to be rich. If they put in the proper infrastructure, even if they don’t worry about making money, if they are selling to the outside world, not negatively affecting other farmers [and are] employing [people], then there is no problem.”

“For 18 centuries Africans here [in South Africa] were living off agriculture. Call it ancestral roots if you like. Today people like having a piece of the land, including our leaders.”

Various political parties said they did not keep tabs on what their officials did on the side. Some parties were more ill-informed about sideline businesses than the media. There are no statistics on absentee landowners.

Are members of Parliament other than Modise making a better go at working the land?

According to last year’s register of members’ interests, very few MPs have declared ownership of a farm. Under the land and property section of the register, a number of MPs simply stated “land” or “plot” or would merely give an erf number and location without a description of what happens at the declared property, as required by the register.

Because of an administrative extension, the 2014 register of interests for the new Parliament will only become available towards the end of the year. – Additional reporting by Andisiwe Makinana