In the name of (all) the fathers 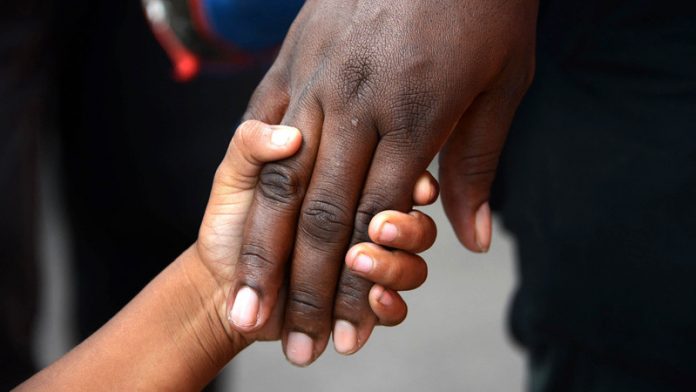 Two newspaper posters affixed to Media House on St George’s Mall in downtown Cape Town this past week drew attention to two strands of a long-overdue conversation about fathers and their role in the family. One poster announced: “Dads want more paternity leave”; the other read: “SA’s child support shame”.

Laid out starkly on the wall was a conundrum. One poster drew attention to a petition by a new father, calling for 10 days’ paid paternity leave. The other reminded us that far too few fathers are making the effort to support their children or their children’s mothers; too many fail to pay even minimal child support.

Lots of research tells us that the presence of a caring, nonviolent and supportive father is good for children and their mothers, and that it reduces a range of social problems. Men who are active and involved fathers also benefit: they’re less likely to drink or fight and more likely to report being happy and well.

How do paternity leave and child support help us to increase equitable, nonviolent caregiving by men? First, a bit of background on who does what in the family and how our laws or their lack of implementation can disadvantage both women and men.

A 2013 survey by Statistics South Africa tells us that, on average, women spend three hours and 15 minutes a day on household activities whereas men spend only one hour and 28 minutes on the same activities. Women spend nearly eight times more of their time caring for the sick at home than men do. This can serve as a barrier to women’s full participation in the labour market.

Sadly, in South Africa this is not something single mothers can predictably expect. A large number of men choose not to pay child support and maintenance courts fail to hold them to account. Research by Sonke Gender Justice in 2010 showed that there are woefully few maintenance officers and not nearly sufficient capacity in the maintenance courts to compel fathers to pay up.

Our government needs to allocate the resources required to ensure that fathers honour such obligations.

Yet, if so many men are so disengaged that they abandon their children financially, is there reason to consider paternity leave? Yes. In South Africa today, there is parenting leave for women but not for men. Women get four months’ maternity leave, whereas men get three days of “family responsibility” leave. This sends two equally problematic messages: one is that it’s a woman’s job to take care of children, and the other is that men can’t be expected or trusted to take care of children.

Paternity leave can be good for children, men and women. If more men share child support costs, children have a much better chance of healthy development. Boys show less hyper-masculine or aggressive behaviour, and girls do better educationally.

Paternity leave is also good for women’s careers. When employers know that only women take parenting leave, it creates perverse incentives for them to hire and promote men who will not take time out to parent. British data shows that professional women there “are forced to slide down the career ladder to find jobs that allow them to spend time with their family”, with nearly a third of female corporate managers being forced to take a more junior position after having a child. The report calls this a “hidden brain drain”. Paternity leave can backfire, though: if men expect women to take care of them when they’re home, paternity leave soon after childbirth will increase women’s workload.

A frequent objection to paternity leave is that it would cost employers too much. The cost of maternity leave is currently drawn from the Unemployment Insurance Fund, to which employees contribute. The amendment needed to the Basic Conditions of Employment Act would only have to be that the same protection (for taking parental leave) applies to men too.

Paternity leave needs to be implemented alongside a strong focus on holding fathers more accountable for child support. The two go hand in hand. When fathers connect with their children, they are more disposed to provide child support later on. When separated fathers contribute financially, they’re more likely to remain involved in the child’s life.

Paternity leave has been implemented in many countries. In Africa, Kenya already offers fathers 14 days, Cameroon 10 days, and Ghana five. It’s about time South Africa did the same.

In addition to paternity benefits, the act will see UIF benefits for workers losing their jobs increase from eight to 12 months
Read more
Analysis

Paying it forward: South Africa’s law should give all fathers and adoptive parents paid parental leave

Getting parents more involved in childcare is good for a child’s health and prospects in life. South Africa needs to get with the programme.
Read more
National

One man fights for all fathers

Men need longer paternity leave, especially as 64% of children grow up without a father. And Hendri Terblanche is willing to go to court to get it.
Read more
Advertising
Continue to the category
Politics