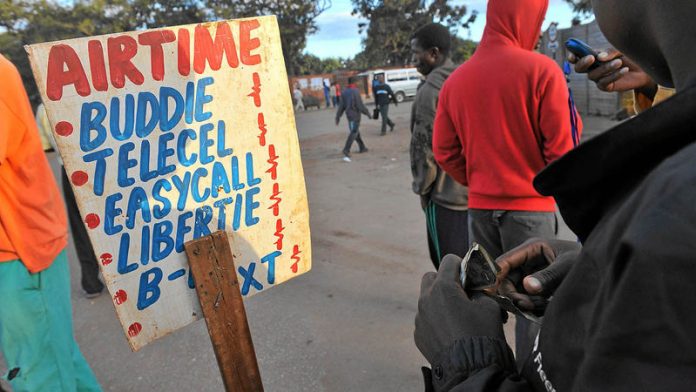 Vodacom Group, the wireless operator with the most subscribers in South Africa, said quarterly revenue increased 4.3% as customers used more data outside its domestic market.

Sales rose to R18.3-billion in the three months through June, the Johannesburg-based company said in a statement on Thursday. Data revenue soared 23% to R3.6-billion as the company’s active data customers increased 37% to 25.3-million.

“Data and the international businesses have once again been the largest contributors to growth, and the entire business is seeing the benefit of our sustained investment program,” Chief executive Shameel Joosub said in the statement.

Vodacom, which is 65% owned by Vodafone Group, is expanding its Internet and data services while adding small-to-medium sized business customers to offset declining voice sales from its home market, which is being squeezed by cuts in the rates it can charge for ending calls on its network.

South Africa sales advanced 2% in the quarter, while international mobile data revenue increased 51% to R636-million as the company added customers in Tanzania, Mozambique, the Democratic Republic of Congo and Lesotho.

The report by the Enhancing Africa’s Response to Transnational Organised Crime found that current enforcement and policy responses, which criminalise artisanal miners, “are misguided, counterproductive and ignore the poverty and socioeconomic drivers behind the phenomenon”
Advertising