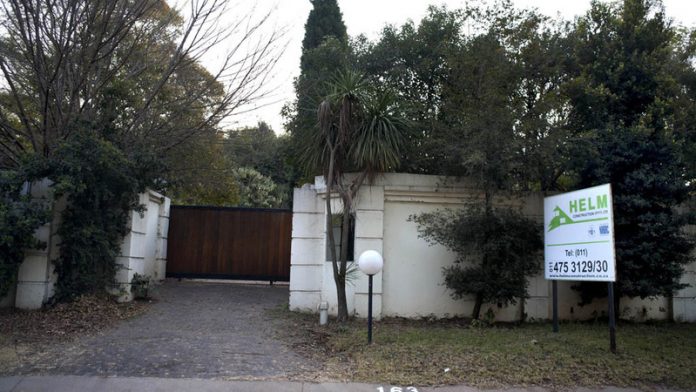 “The freezing order of R1.4-billion is the biggest ever obtained by the NPA asset forfeiture unit [AFU],” spokesperson Nathi Mncube said in a statement.

The seizures were related to two tenders awarded by the department in 2007.

This week, the Mail & Guardian reported that Brian Hlongwa – provincial health minister at the time – received millions from associates who were in business with his department.

In April 2009 Hlongwa reacted angrily to suggestions that corruption had funded his purchase of a R7.2-million house in Bryanston, Johannesburg. He was insulted, Hlongwa said, at allegations that his salary could not support such a purchase, or that his long-time friend (and holder of a massive contract with his department) Richard Payne had helped him to purchase the property.

So vehement were his denials – and his assertions that he was flush from legitimate business activity – that he ended up formally apologising to the ANC and the people of Gauteng for flaunting his wealth.

But in court papers that became public this week the Special Investigating Unit (SIU) and the Hawks meticulously detailed a series of transactions that saw millions of rands flow from people doing business with his department to Hlongwa for the house – people who also paid large sums to see the house in effect demolished and rebuilt.

And those payments, which investigators unequivocally characterise as bribes, were part of the deal right from the start, although the picture painted in documents was this week refuted by one of those implicated.

According to evidence put before the high court in Johannesburg this week, the R700 000 deposit on the house was paid by Niven Pillay, executive director of financial consultancy Regiments Capital, who later also made a R1-million payment to prevent the sale from falling through.

Flat denial
Speaking from Vienna, Pillay on Thursday flatly denied that he had been involved in the purchase of the house. He and Hlongwa had both been party to an unrelated property transaction, Pillay said, and the profits from that deal saw him make payments of R2.5-million to Hlongwa.

“It was an aboveboard property transaction that had five parties that had gone into it, and all parties received their return,” he said.

Pillay also dismissed the allegation that Regiments had benefited under Hlongwa’s watch, saying the contract investigators characterised as inflated had cost his company a loss.

Payne – the acknowledged but, according to Hlongwa, uninvolved friend – paid R1.6-million towards the purchase of the house, then later paid another R640 000 for its refurbishment, investigators said.

Payne’s company 3P was a beneficiary of contracts worth hundreds of millions of rands until they were summarily cancelled soon after Hlongwa left office.

Payne, a citizen of the United Kingdom, is currently believed to be in Mauritius, and could not be reached for comment. Former associates said he had no intention of returning to South Africa.

Front company
Also implicated in the transaction is Heinz Smidek, an Austrian citizen involved in contracts with a theoretical value of more than R1-billion with the Gauteng health department. Smidek, investigators said, used a front company in Cyprus to buy a house Hlongwa had been unable to sell, with an eventual loss of R850 000 to the Cyprus company.

He also paid Hlongwa R1.6-million for furniture in the house, investigators said, furniture that Hlongwa took with him when he moved out of the house – after living in it without paying the rent of R40 000 a month.

Smidek said he would have to understand the details before responding.

Even with the inflow of such sums of money, investigators said, Hlongwa was unable to keep up payments for massive renovations.

The reason for his financial trouble, the evidence suggests, may be simple to explain: a former financial adviser claims the business interests and companies Hlongwa in 2009 claimed were funding the house purchase were all, in fact, dormant.

Failure to pay
In statements made under section 204 of the Criminal Procedure Act, which offers immunity from prosecution in return for honest testimony, two builders recount a meeting with Hlongwa to discuss his failure to pay them.

Hlongwa told them he had just sold a car and left the room to fetch “a black briefcase with a government department logo on”. The briefcase, they said Hlongwa told them, contained R500 000 in cash, but he was slightly mistaken.

Hlongwa could not be reached for comment by the time of publication. – Additional reporting by Sapa