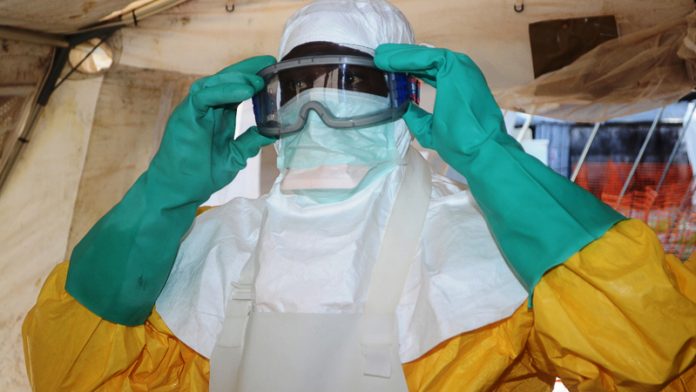 US officials are closely monitoring the outbreak of the deadly Ebola virus in West Africa, which has now reached Nigeria, and is working with governments and aid groups to try to stop the spread of the disease.

“Our thoughts and prayers are with those fighting the virus,” said US state department spokesperson Will Stevens.

“The US government continues to provide a comprehensive, multi-agency response to assist those countries affected by the Ebola virus outbreak,” he added, saying multiple US agencies were “contributing to the outbreak response efforts”.

The number of Ebola cases recorded in the months-long epidemic stood at 1 093 on July 20, including more than 660 deaths, according to new data from the World Health Organisation (WHO).

Liberia has seen 127 fatalities and there have been hundreds of cases recorded in Guinea and Sierra Leone.

Nigeria next
But international concerns grew after a Liberian national died on Friday in quarantine in Lagos, confirmation that the virus had reached Nigeria. With this death, Africa’s most populous country became the fourth West African country to be affected by the outbreak.

The WHO said 28 new deaths were recorded between July 18 and 20: 13 in Sierra Leone, 11 in Liberia and four in Guinea, which had previously borne the brunt. It recorded 45 new cases over the same period. Although Guinea recorded the lowest number of new cases at five, it still has the highest death toll.

Guinea has seen 314 fatalities and 415 cases since the outbreak began in January. But Sierra Leone’s case count has now overtaken Guinea’s. It reported 12 new cases, taking its total to 454 with 219 deaths. Liberia reported 28 new cases, lifting its total to 224. Of those, 127 have been fatal.

US agencies, including the US Centers for Disease Control and Prevention, and Pentagon bodies such as the Defense Threat Reduction Agency and the Army Medical Research Institute of Infectious Diseases (USAMRIID) have been lending their expertise to local health officials and international specialists.

Stevens said the US commended West African health ministers for adopting a common regional strategy earlier this month to combat the disease.

Ebola strains
Zaire Ebola, the deadliest of five Ebola strains and the “species” behind the current outbreak, can fell its victims within days, causing severe fever and muscle pain, weakness, vomiting and diarrhoea – in some cases shutting down organs and causing unstoppable bleeding. The other four strains have been named Bundibugyo, Sudan, Tai Forest and Reston. Bundibugyo, Sudan and Zaire are particularly dangerous, with fatality rates of up to 90%.

Ebola is one of several viruses responsible for haemorrhagic fever. No medicine or vaccine exists for the tropical virus, named after a small river in Democratic Republic of Congo, then Zaire, where it was first identified 38 years ago.

It is a so-called filovirus, transmitted through contact with the blood, body fluids, secretions or organs of an infected person. But experts say that while extremely virulent, the virus can be contained because it kills victims faster than it spreads. The incubation period between exposure and the first symptoms varies from two to 21 days.

The virus has been known to spread at burials where mourners touch the body, but doctors and nurses have also fallen ill after failing to take adequate precautions. Even testing blood specimens for the disease presents “an extreme risk”, the WHO has warned, and is done only under the strictest containment conditions.

The virus’s natural host in Africa is thought to be a species of rainforest bat, while another concentration has been found in the western Pacific region.

For now, the only approach is to isolate patients and promptly bury the dead, says the WHO. Hospital staff should use gloves, masks and goggles, and disinfect religiously.

“Several potential vaccines are being tested but it could be several years before any are available,” according to the WHO. “A new drug therapy has shown some promise in laboratory studies and is currently being evaluated.” – AFP