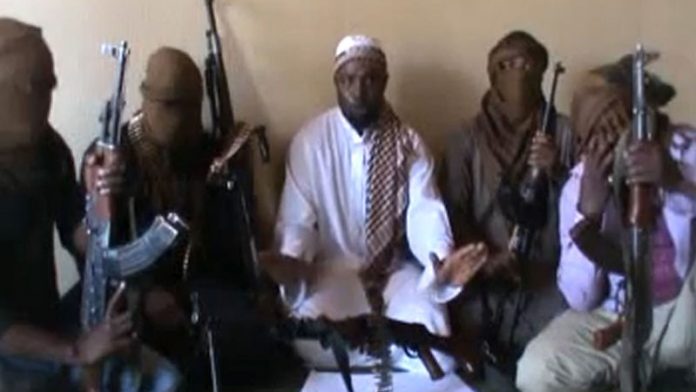 A local religious leader,Seini Boukar Lamine, who is also the town’s mayor, and five members of his family were also kidnapped in a separate attack on his home.

There was no immediate claim of responsibility.

Boko Haram, an Islamist group which made international headlines with the abduction of 200 Nigerian schoolgirls in April, has stepped up cross-border attacks into Cameroon in recent weeks. Cameroon has deployed troops to its northern region, joining international efforts to combat the militants.

“I can confirm that the home of Vice Prime Minister Amadou Ali in Kolofata came under a savage attack from Boko Haram militants,” government spokesperson Issa Tchiroma, who is also communications minister, told Reuters.

“They unfortunately took away his wife. They also attacked the Lamido’s residence and he was also kidnapped,” he said, adding that at least three people were killed in the attack.

‘Unqualified violence’
Tchiroma told a press conference later on Sunday that the Cameroonian army had taken the town of Kolofata back under control after repulsing the militants, who he said had used “brutal and unqualified violence”.

“We do not have all the facts in order to give full information on the exact circumstances and the victim toll of this attack,” Tchiroma said on state television.

A Cameroon military commander in the region told Reuters security officials had taken the vice prime minister away to a neighbouring town. He had been at home to celebrate the Muslim feast of Ramadan with his family when the attack happened.

The Sunday attack is the third Boko Haram attack in Cameroon since Friday. At least four soldiers were killed in the two previous attacks.

On Friday, some 22 suspected Boko Haram militants who had been held in Cameroon’s northern hub of Maroua since March were given prison sentences ranging from 10 to 20 years. It was not immediately clear whether the attacks were related to the sentencing of the militants.

Boko Haram have killed hundreds of people this year, mostly in northeastern Nigeria, although they have bombed places across the country.

The group rejects Western-style education and is trying to carve out a de facto Islamic state in northern Nigeria.

On Sunday, a bomb attack on a Catholic church in northern Nigeria’s main city of Kano killed five people and wounded eight, a senior police officer said. Christian churches have been a favourite target for the militants.

The attacker threw the bomb at worshippers on their way out of the church, police commissioner Adenrele Shinaba told Reuters. Police cordoned off the scene.

In a separate incident, a female suicide bomber tried to attack police officers on the streets. She killed herself but only wounded two of the officers, Shinaba said. – Reuters