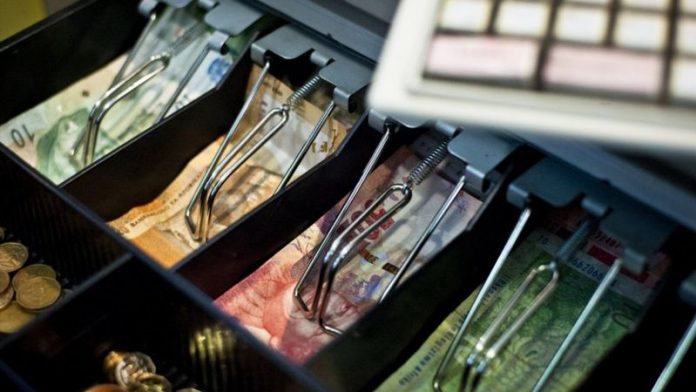 South Africa’s rand, on course for its first monthly gain in three, is set to climb further as the prospect of more interest-rate increases amid the lowest volatility in almost 13 years lures foreign buyers.

The rand strengthened 1.1% since the end of June, the most among 16 major currencies tracked by Bloomberg, fueled partly by investors borrowing in dollars to purchase the nation’s assets. The advance helped drive a 2.9% return for South African bonds this month, the best performance of 16 Bloomberg emerging-market indexes.

“Investors are quite happy to sit on those long-rand positions at the moment,” Ion de Vleeschauwer, the chief trader at Bidvest Bank, South Africa’s largest chain of money-changers, said by phone from Johannesburg on July 25. “Volatility can’t stay at these levels indefinitely, but there isn’t anything that looks like it’s going to upset things in the short term.”

Price swings
The rand’s three-month implied volatility against the dollar fell to 10.05% last week, the lowest level since September 2001, according to data compiled by Bloomberg. A measure of price swings in developing-nation currencies fell to a record, according to JPMorgan Chase & Co. indexes.

The rand carry trade returned 1.55% this month, the most among major currencies. South African 10-year yields are the sixth-highest among 24 emerging markets tracked by Bloomberg.

One-year interest-rate swaps, used to lock in borrowing costs, are signaling another 50 basis points of increases over the next 12 months. That is boosting the rand’s appeal relative to most peers, said Mohammed Nalla, head of strategic research at Nedbank Group.

“We’re in a tightening cycle,” Nalla said by phone from Johannesburg on July 25. “On a relative basis, the carry on the rand is looking attractive. You just need currency stability and the guys will come for the yield pickup.”

Extend gains
The rand may appreciate to 10.20 per dollar before the rally runs out of steam, Nalla said. The currency weakened 0.1% to 10.5253 per dollar by 10.56am in Johannesburg. Yields on government bonds due December 2026 fell one basis point to 8.2%.

An increase in Treasury yields may end the bond rally, undermining rand gains, according to Carmen Nel, an economist at Rand Merchant Bank in Cape Town. If the US economy continues to improve, “upward pressure on US yields could persist,” Nel said in a July 25 note. “That would make it harder for the rand to hold on to its recent gains and push local bond yields higher.”

The currency is set to weaken to 10.75 per dollar by year-end, according to the median estimate of 27 analysts in a Bloomberg survey.

While rising US yields and a stronger dollar may trigger a rise in currency volatility, carry trades will support the rand for now, De Vleeschauwer at Bidvest said.

“The trick is to get yourself out of those positions before that happens,” he said.– Bloomberg