War of words between publishers 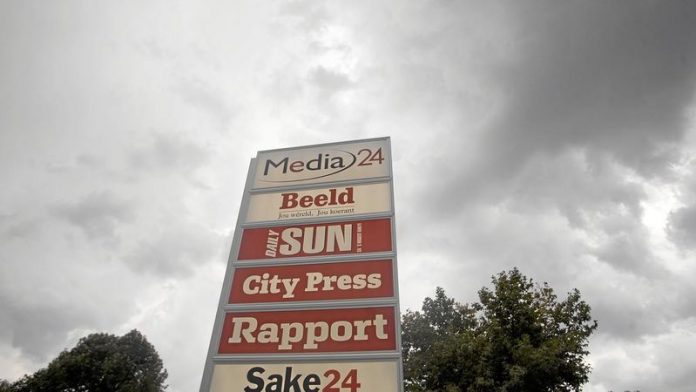 Oxford University Press has vigorously denied it has plagiarised any of the book, and the legal battle is certain to attract attention as copyright issues involving dictionaries are still a rarity.

The attorney for Media24 Books, George van Niekerk, who is a director of litigation at ENSAfrica, said it was an uncommon legal case involving intellectual property law.

“This is the first time that a copyright infringement in dictionaries is being determined in South Africa,” he said. “It is an interesting issue with little definitive guidance from the law internationally.”

Media24 Books claims the international group’s Southern African subsidiary has lifted a substantial amount of material from its dictionary, Aanleerdeswoordeboek, which was  published in 1993.

Oxford University Press has been accused of including the material in its Oxford Skoolwoordeboek, published in 2007.

Media24 Books’s counsel state in court papers that the Aanleerderswoordeboek is a literary work, as defined in the Copyright Act 98 of 1978, which included encyclopaedias and dictionaries.

“A literary work is eligible for copy-right if it is original. This does not mean that the work must be in any way unique or inventive, but merely that it should be the product of the author’s or maker’s own labours and endeavours and should not be copied from other sources,” Media24 Books asserts in its heads of argument. “Originality is a matter of degree, depending on the amount of skill, judgment or labour involved in making the work.”

“Du Plessis was the head compiler, who produced and created the literary work and she did not copy or update an existing work in compiling the Aanleerderswoordeboek,” Media24 Books claims.

It observed that Oxford University Press had acknowledged that it had spent time analysing other dictionaries before embarking on the Oxford Skoolwoordeboek project. Although it was not specifically stated, Media24 Books claimed in its court papers this would “most certainly” have included the Aanleerdeswoordeboek.

Media24 Books also claims that the methodology in compiling the Oxford University Press Skoolwoordeboek differed from its own, in that it was not compiled entirely “in house” and freelancers were used to compile the entries for the dictionary, and thereafter translators were also hired to assist in the project.

It is for this reason that Media24 Books alleges that Oxford University Press would be unable to state with any degree of certainty that copying of the Aanleerderswoordeboek did not take place in the development of the Oxford Skoolwoordeboek.

In its heads of argument, Oxford University Press maintains its dictionaries are products of independent work.

In general, similarities between the Aanleeerderswoordeboke and the Oxford Skoolwoordeboek are to be expected, it claims. This was because they were both reference materials, unlike novels or songbooks; they are both relatively small dictionaries; they are both pedagogical dictionaries for use by language learners and for relatively low levels of language proficiency; and they were both directed at the same target market.

“Therefore, evidence of some degree of similarities between the two dictionaries is not evidence of plagiarism or copyright infringement,” states Oxford University Press.

Particular difficulties arise with works that consist of compilations of common information, it said. “It is not the information that is protected by copyright, but the form in which it is expressed. When there is a common source, the mere fact of  similarly does not create an inference that there was copying.”

Oxford University Press further claims it does not dispute that Media24 Books is the owner of the copyright as subsisting in the Aanleerderswoordeboek, but states it places the originality of its work, and any particular entry in it, in issue.

“Indeed, (Media24 Books) does not claim that (Oxford University Press) has copied the layout or form of the Aanleerderswoordeboek. Its complaint is rather that there are a number of similarity of phrases, that span the spectrum from identical (3 examples) to merely analogous (the rest).”

Oxford University Press believes it has systematically refuted every element of Media24 Books’ case, with clear and detailed evidence.

“Pointing to some similarities of phrase or analogies of example sentences does not demonstrate copyright infringement in works of the nature of dictionaries,” it states.

In its summary, Oxford University Press submits that Media24 Books’s case is “misconceived”, in that it claims copyright infringement on the basis of similarities predominantly of ideas, rather than their representation.

The outcome of this case is certain to be closely watched because it deals with a new area of intellectual property law. The matter has been postponed to October 29 and 30 by Judge Patrick Gamble.

28 media companies in the dock for cartel conduct