Selfies and queues as KFC returns 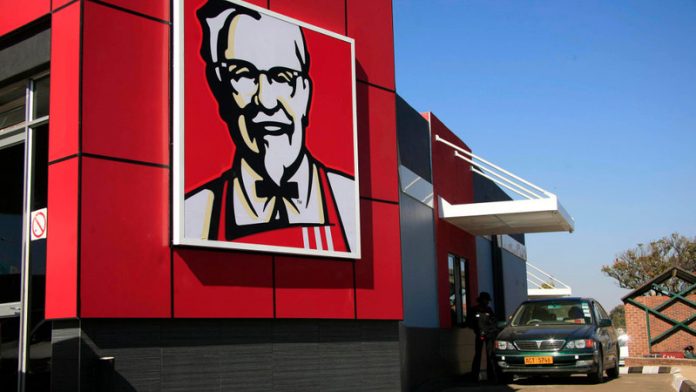 Too much deep-fried chicken will make you fat, but few in Zimbabwe are complaining after KFC returned to Zimbabwe last weekend. The long queue for deep-fried chicken in the cold last Sunday told the story of an economy hungry for new international investment.

As the drapes fell off the large, illuminated KFC bucket above the restaurant, revealing the globally recognised face of Colonel Sanders looking down on his new customers, there was a buzz in the queue. The new restaurant struggled to cope, and the drive-in window served a long queue of cars that caused a traffic jam.

Inside the new restaurant, selfies were taken and excitedly tweeted, as customers celebrated the opening of the restaurant after a delay of over two years. To some cynics, this was a disgrace. How bad had things become that Zimbabweans were so excited about the opening of a fast-food joint, some asked.

“KFC returns to Zim. We think it’s quite cool. More grease and cholesterol for a health system that can’t cope as it is,” journalist and blogger Fungai Machirori tweeted, annoyed that KFC was trending on Zimbabwean social media.

But Zimbabwe has been losing international brands over the past decade, and the return or entry of any of them is usually met with a song and dance, sometimes literally. When Dutch airline KLM resumed flights into Harare after 13 years, the first flight was welcomed by traditional dancers and drummers on the Harare International Airport tarmac.

Burger King, whose entry into the South African market was met with excited queues last year, may also open in Zimbabwe as part of its African expansion, Jaye Sinclair, the group’s chief executive for South Africa, was quoted as saying last year.

For many in business, the entry of the likes of KFC or Burger King is more than just burgers and chicken. “It’s more than just fried chicken; it’s about having international brands present in your country,” says Richard McCawley, a fund manager who holds investment in Innscor, the largest fast-food chain in the country.

“It matters to have renowned brands on your streets. To the outside world, that makes you normal.”

Kevin James, a former executive of a large agribusiness, now heads Country Bird, one of South Africa’s largest poultry producers. James also holds the KFC Zimbabwe franchise. It is believed that he plans to roll out over 25 outlets in a partnership with Zuva Petroleum, a locally owned service station network.

KFC’s return was initially planned for 2012. It had been delayed by demands from Saviour Kasukuwere, then empowerment minister, that KFC uses local suppliers. He had said: “We would be stupid to let James import South African chickens.” Besides, he said, Zimbabwean chicken is better. None of it is artificially fattened.

Bruce Layzell, KFC’s general manager of new African markets, had insisted KFC needed to import chicken to keep to the company’s “requisite standards and capacity”. But this was described as “nonsense” by Mario Beffer of the Zimbabwe Poultry Association.

A poultry import ban also came into effect. This meant that KFC would either have to abandon its Zimbabwe interest or just buy local. The Zimbabwe Poultry Association lobbied for the ban, because producers were being pushed out of business by cheaper imports from Brazil and South Africa.

Zimbabwe spends about $7-billion on imports every year, and the government is trying hard to bring down the deficit. KFC now appears to have worked out a deal with the government on supply, allowing it to open.

Foreign direct investment into Zimbabwe was $410-million last year, just a fraction of the $13.1-billion that flowed into the region during this period. What little investment comes into the country will be celebrated, even if it is in the form of fattening chicken.