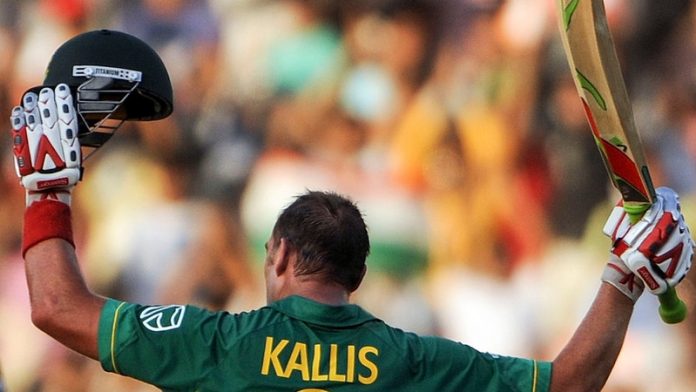 So the dream is over. There will be no record-equalling sixth World Cup for the great Jacques Henry Kallis, although he will continue to play competitive T20 cricket in the Indian Premier League (IPL) and for Sydney Thunder in the Big Bash League, with whom he has a two-year contract.

A dismal tour of Sri Lanka on which he injured himself before the first one day international and was unable to bowl saw his career end with a whimper, but he was far too good a player to be remembered for that. In fact, he will be remembered for having the courage to be honest with himself and his team-mates about the reality of “hanging on” for another six months simply to get to the World Cup in Australia.

Not only did he expect no favours, having retired from Test cricket to concentrate on a sixth World Cup, he also asked for none, promising to compete for his place and accept that reputation had no place ahead of form. And there would be no compromise on his role in the team, as he always said would be the case. “I have always been an all-rounder and that’s the way it will stay,” he said.

Shoulder twinge
Then came the shoulder twinge in the second net session in Colombo. He took no part in the warm-up game that followed, but was said to be “close to bowling fit” when he was named in the starting XI for the first ODI. In truth, he was nowhere near close. But he was selected anyway, a distinct sign of favouritism. That he was selected for all three games when unfit to perform his designated role may well have played a part in his decision. He had said he didn’t want special treatment.

The irony for coach Russell Domingo and the selectors is that, by the end, they had become far more interested in Kallis the bowler than Kallis the batsman. A fully fit and functioning Kallis would be able to rebuild at the top of the order in case of an early stutter but, by playing a full role with the ball, would also enable the team to play a seventh specialist batsman.

The stringent new fielding restrictions and the use of two new balls have brought to an end the days of part-time bowlers making up the fifth member of the attack but, although specialists are essential, very few teams rely on the minimum of five. Injuries and “bad days” still need to be catered for.

If Kallis had been fit, physically and mentally, he would have allowed the Proteas to play Faf du Plessis at number seven in the order with a quartet of specialist bowlers, two of whom bat well, behind him with JP Duminy to share 10 overs with Kallis as the fifth and sixth bowlers. Ryan McLaren and Vernon Philander would have taken the batting down to number nine, with Dale Steyn and Morné Morkel completing the tail.

Redesign needed
Now, however, the team needs to be redesigned, something Kallis was aware of when making his decision. At least there are still six months in which to plan. On Australian and New Zealand pitches, in autumn, and against two new balls, Domingo is of the view that seven specialist batsmen are essential. Or at least, that a specialist is batting at number seven.

Either the Proteas will have to search for an all-rounder to bat in the middle order (they may already have one in Wayne Parnell) or they will be forced to opt for a different balance.

The balance for Kallis, meanwhile, came down to the one between professional cricket and the real world, albeit one considerably cushioned by seven IPL contracts worth $1-million each and 18 years as a Cricket South Africa contracted player.

In Sri Lanka he spent more time with the younger players at training than anyone could remember; off the field he tried hard to “get into” the tour, but when he smiled it was a thin smile, more of a grimace. He waited for the old feelings to return, convinced they would when the competitive juices were stirred by international competition, but they didn’t, and weren’t.

This week was spent with Mark Boucher in the Kruger Park “looking after rhino”, in his own words. On Saturday the two of them will run a half-marathon, inside the Kruger, to raise money for rhino conservation. The following weekend he travels a few kilometres south to the Leopard Creek Country Club to play in the members’ Annual Championship. He is the defending champion.

Form, fatigue and frailty all play their part in the end of a sportsman’s career but, for those fortunate enough to have bodies and brains strong enough to last the distance, it is the heart, metaphorically rather than literally, that says when enough is enough. “It was a bridge too far,” Kallis said on Wednesday.