The stats tell stories that are probably best ignored 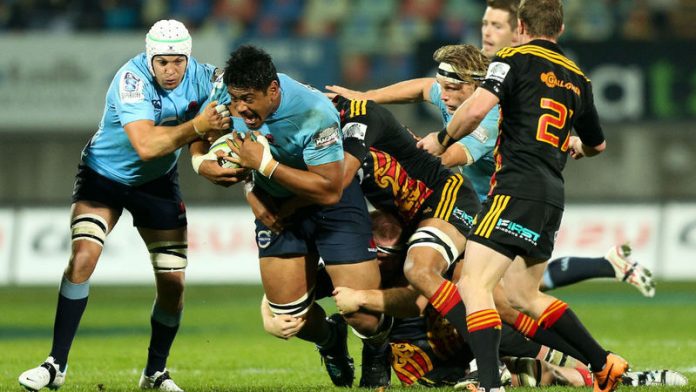 The great cricketer Sir Donald Bradman never got his head around the idea that people could enjoy cricket without being any good at it. Specifically, he thought that cricket scorers were weird.

Bradman may well have been right in that regard, which begs the question about what the greatest batsman of them all would have made of the latest line in statistical analysis to come out of rugby union.

Every week during the Super Rugby season, a “stats pack” has been sent to the media, analysing the previous weekend’s games and offering head-to-head analyses on the forthcoming round of fixtures. This week is no different, with the Super Rugby final set to be played in Sydney on Saturday.

Opta Sport is the London-based company that provides the analyses, with a thoroughness that beggars description. It is that very thoroughness that makes them popular with bookmakers. For the record, history suggests that the Crusaders will beat the Waratahs to win the title for a record-extending eighth time. That’s because you have to go back a decade to find the last time the Crusaders lost to the Waratahs.

But the two sides have not met this year, which is one of the anomalies of the “conference” system adopted three years ago.

In 2004, when the Waratahs won 43-19 in Christchurch, the Super 12 was still in force, meaning that everyone played everyone else in the regular season.

For further evidence of an away win on Saturday, consider that the Waratahs have reached the final on two occasions, in 2005 and 2008. They lost both times to the Crusaders in Christchurch, 35-25 and 20-12.

So only the brave or foolhardy would back against the Kiwi side on Saturday. Unless … Unless you would like to engage the actuarial side of your brain, in which case there is hope for an Australian win.

Topping the charts
Statistically speaking, the Waratahs won their 2014 games 29.8–16.5. The Crusaders won theirs 28.4–19.3. Not convinced? The New South Wales side tops the charts for average tries, carries, metres, passes, breaks and offloads. Kurtley Beale (225) and Israel Dagg (201) are the only men to make 200+ carries this season.

Opta could go on (and does), because the devil is in the detail. Beale has had a direct hand (score/assist) in 18 tries this season (eight tries, 10 assists), more than anybody else. Israel Folau has made at least 21 more offloads (47) than any other player in 2014. Thirteen of the 58 tries the Waratahs have scored this season have originated from turnovers, more than any other side in the competition.

These are the things that coaches live for but mean little to the man in the street. Particularly, of course, the South African man in the street, as none of our sides made it to the final.

But Opta does not only deal with the minutiae, and it is in the solid, quantifiable chunks of analysis that we find solace. Does anyone now remember that Victor Matfield emerged from a two-year retirement to play for, and frequently captain, the Bulls this year? Far from being off the pace after his hiatus, Matfield won 73 line-outs in 14 games. His average of 5.2 a game is better by at least 1.5 than anyone from New Zealand or Australia. Stephan Lewies of the Sharks won eight more line-outs than Matfield, but played in three more games.

Then there is the hoary old topic of penalties conceded. Scott Higginbotham of the Rebels heads the list. The 24-times capped Wallaby backrower gave away 30 penalties in the 2014 season, an average of two a game, which should be enough to dissuade anyone from ever selecting him again, but probably won’t.

Not surprisingly, the real penalty machines play in the front row. The whole unscientific business of setting the scrum seems these days to be little more than an excuse for the referee to blow his whistle and raise his arm.

Coenie Oosthuizen of the Cheetahs and Jannie du Plessis of the Sharks each conceded 22 penalties this term. Worryingly, Oosthuizen gave them away in just nine games. His average of 2.4 has been the worst in the competition.

The other stat that people love to fret over, especially in this country, is that of missed tackles. Given their lowly position on the log, many would expect the Cheetahs to lead in this department and, indeed, they have two in the top five. Willie le Roux missed 29 and Rayno Benjamin 33. Benjamin’s average of 2.4 missed tackles a game is the worst in the competition.

But who would have guessed that Francois Steyn missed 35 tackles in 18 games for the Sharks, or that Francois Hougaard missed 24 in 16 games for the Bulls? These are players who are regarded as defensively sound; Springbok coaches have been known to build their defensive screens around Steyn.

It is, of course, unfair to select one aspect of a game and damn a player with it but then that’s what statistics are – unfair. They offer us a glimpse into the space between reality and history, and, as is well known, those who ignore history are doomed to repeat it.