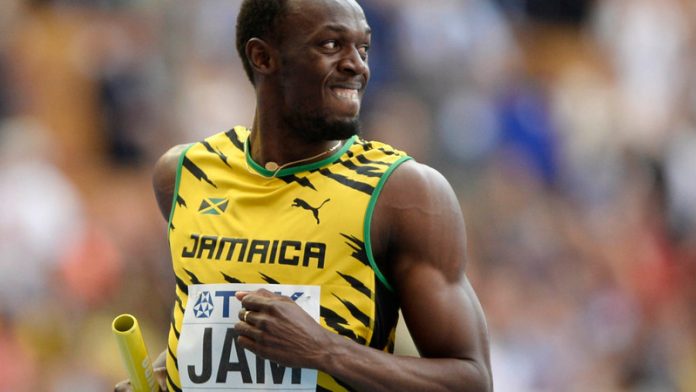 When Usain Bolt turns up at an international sporting event, there is usually only one question on the minds of athletes and fans alike: Just how quickly will the world’s fastest man run this time as he cruises to the gold medal?

But Glasgow 2014 is different. He arrived last weekend, but the Jamaican athlete is recovering from foot surgery and so will compete only in the 4x100m relay, heats for which begin on August 1.

Thus spectators watching Monday night’s Commonwealth Games 100m final were keen to see who would win the event in the Jamaican’s absence, and were wondering just what Bolt would be doing instead of lacing up his running spikes?

The first question was answered at 9.50pm, in 10 seconds flat – by Kemar Bailey-Cole, Bolt’s Jamaican teammate. As for the second, finding a trace of Bolt was not easy at the athletes’ village on Monday.

In the international zone, three competitors from Vanuatu were sitting in deck chairs watching a hockey match on a big screen. Two men in Cyprus team colours were draining pints of beer in the sun. Two young Rwandan athletes were perched on bar stools, chatting. Bolt was nowhere to be seen.

Makhetha Mosotho, a doctor with the Lesotho squad, hadn’t caught so much as a glimpse. Natasha DeCaprio in the Virgin mobile phone shop said Bolt hadn’t popped in.

The scale of Bolt’s megastardom – and his value to the Glasgow Games – was demonstrated in a breathless press conference to which he was whisked as soon as he landed on Saturday, and where the world’s media cooed over the 27-year-old to an almost embarrassing degree.

A hint that he might like to watch Jamaica’s netball team, referred to as the Sunshine Girls, while in Glasgow, sent a scrum of photographers to the team’s match on Sunday against Scotland – which, alas, was Bolt-less.

In truth, Bolt’s schedule in Glasgow is not so hard to fathom. Though he stressed at his press conference that he had recovered from his injury, he admitted he was “not yet in running shape”, one of the reasons he was keen to make his first Commonwealth Games, and would run the heats “to get a few runs in”.

He has been training hard under coach Glen Mills at his Kingston base in recent weeks, a schedule that will continue in the run-up to his race.

When not training, he is unlikely to tour the Highlands. As Bolt told journalists, it was always “fun” to stay in the athletes’ village, but “I try not to walk around the village too much because I tend to [have to] take a lot of pictures … I stay in my room most of the time.”

After being mobbed even by fellow athletes during London 2012, Bolt now tends to ask friends among his personal entourage, which includes personal security, to pick up food for him or bring a barber to his room if he needs a haircut. Accusations of divalike behaviour are unfair, however – he normally shares a room like the rest of the squad.

While there, Bolt relaxes in the same way as many young men with time on their hands: “I know he normally travels with his PlayStation,” said one source close to the Jamaican squad. “He’s always listening to music: dancehall, reggae, hip-hop, and there was much of that playing in his room when I walked by.” – © Guardian News & Media 2014