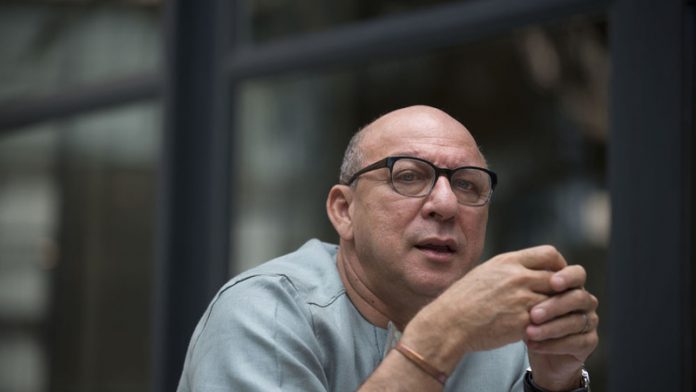 Trevor Manuel, the former finance minister and planning minister, has been mentioned as being among the favourite candidates to take over Eskom’s chief executive hot seat.

Several ANC and government sources close to the recruitment process have told the Mail & Guardian there was a strong lobby – particularly from the treasury and energy departments – for Manuel to be appointed head of the cash-strapped power utility. Eskom has been without a permanent chief executive since the departure of Brian Dames in March this year. Public Enterprises Minister Lynne Brown has promised to appoint a new boss in a few weeks’ time. Manuel, according to sources, is preferred by government officials who seek to promote independent power producers and push for the sale of some of Eskom’s power stations to private investors.

“[Manuel] has not applied for the job, but those who are lobbying for him are talking to senior ANC leaders including [deputy president] Cyril Ramaphosa to consider him,” said one government official who asked not to be named. “They [Manuel’s lobby group] want Eskom to sell some of its power stations to private entities [to get the company out of its financial crisis]. The only person who can successfully drive that programme is [Manuel].”

Other candidates include public enterprises director general Tshediso Matona and Eskom’s group executive for group capital Dan Marokane. The two are said to be favoured by another lobby group based at the ANC’s Luthuli House headquarters.

Personal preference
Eskom’s acting chief executive, Collin Matjila, is said to have indicated his unwillingness to serve on a permanent basis, saying he was more comfortable as a board member.

Business Day reported on Tuesday that some Cabinet ministers were warming up to the idea of breaking up Eskom as a strategy to alleviate the company’s financial crisis and to restructure its business.

But talk of the plan has already hit political opposition in the ANC-led alliance, including from South African Communist Party general secretary Blade Nzimande.

National Union of Mineworkers general secretary Frans Baleni said the union would support an internal candidate to take over at Eskom: “Brian Dames spent 27 years in Eskom before he was appointed chief executive. If you are going to get someone who does not understand Eskom, you will turn it to another SABC. We can’t support even a partial sale of Eskom. If you sell [it], it will mean an automatic increase in tariffs because any investor would want to make a profit.”

The ANC’s head of economic transformation, Enoch Godongwana, said the party would not support the sale of power stations to private investors and Irvin Jim, general secretary of the National Union of Metalworkers of South Africa, said the union would vigorously oppose Eskom’s privatisation.