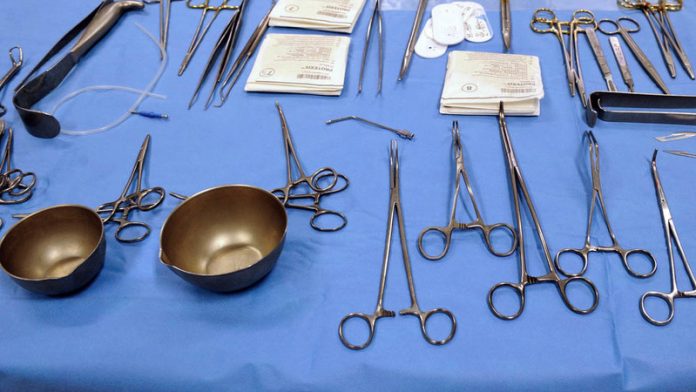 According to The Unlimited’s chief executive, Steph Bester, the company is prepared to go to court over the proposed regulations, which it believes will limit the right to healthcare services of many consumers who cannot afford medical aid.

The firm, which offers primary healthcare insurance policies among others, is one of a number of health insurance providers whose products will be affected by regulations proposed by the national treasury.

The company’s primary healthcare offering gives customers access to private primary healthcare, such as visits to a private general practitioner (GP) and prescription medication. Under the proposed regulations, this will not be permitted.

State health
Only an estimated 17% of South Africans are part of a medical aid scheme. In addition, many people do not qualify for free state health if they earn R6 000 or more, but can still accumulate large medical and other bills at state institutions.

As a result, a number of health insurance products have arisen to meet this gap in the market.

Research by the FinMark Trust in dicates that 2.4-million people are covered by hospital cash plans, which pay out cash to policyholders, typically after they have spent three days in hospital.

Gap cover pays policyholders out in instances when their medical aid scheme benefits do not cover all the costs incurred in medical treatment.

Minimum benefits
Medical aid schemes are required to pay out for prescribed minimum benefits, and cannot refuse anyone on the basis of their age or health.

There is also growing concern that health insurance products encourage younger, healthier individuals to opt out of medical aid schemes, threatening their sustainability.

The treasury has for some time been working to address this through draft demarcation regulations which specify the types of health insurance policies that are permissible under two insurance laws – the Long-Term Insurance Act and Short-Term Insurance Act – and accordingly excluded from regulation under the Medical Schemes Act.

At the same time the definition of the “business of a medical aid scheme”, has been substantially widened under a separate Act, namely the Financial Services Laws General Amendment Act, to support the demarcation regulations.

According to the treasury, health insurance policies that fall within the ambit of this amended definition will be subject to the Medical Schemes Act and deemed illegal. In April the treasury released the second draft of the demarcation regulations, following more than 300 public submissions. It is expected to finalise the regulations by October.

Regulation
The regulations are intended to govern health insurance policies separately from the business of medical schemes, according to the treasury. They also aim to curb products being “misleadingly marketed” as alternatives to medical scheme cover though the protection they offer is not equivalent to that provided by medical schemes.

The second draft of the regulations has made greater concessions for products such as hospital cash plans and gap cover – which had previously come with severe restrictions or been entirely outlawed.

Gap cover is currently permitted, but with a cap of R50 000 a year for claims. Policies such as hospital cash plans are permitted, but capped at a R3 000 limit cash payout per day. Policies offering primary healthcare, however, are not included in the regulations.

Treasury spokesperson Jabulani Sikhakhane said it remained concerned that primary healthcare policies replicated the business of medical schemes: “If allowed to continue as they are, they could possibly erode the base of medical schemes. Should product providers continue with the sale of such products, they will be required to seek an exemption from the Medical Schemes Act,” he said.

In its submission to the treasury, The Unlimited pointed out that Health Minister Aaron Motsoaledi has repeatedly called for South Africa to move away from a “reactive hospicentric healthcare model, to a preventative primary care model”.

Primary products
Primary health insurance products enable the early diagnoses and treatment of medical conditions, avoiding the need for hospitalisation and simultaneously alleviating the burden on state infrastructure, it said.

More broadly the submission argued that health insurance products do not undermine medical aid schemes. It noted that although medical aid schemes are “per se nonprofit, a portion of contributions goes to the scheme administration, which is provided on a for-profit basis”.

It pointed out that in 2013 Discovery Health made a R1.5-billion surplus after paying its administrator a R3.3-billion fee.

Medical schemes were responsible for 81.2% of private healthcare expenditure (R98.1-billion), while insurance products and employers were responsible for just 3.8% of private health care expenditure, or R4.6-billion. Despite the concessions given to certain products such as gap cover, the industry believes the limitations set are too low. The South African Insurance Association has called for the removal of the R50 000 cap on gap cover.

The association’s advocate Suzette Olivier, general manager of legal, said this will lead to a massive reduction in cover for consumers, but not necessarily to a reduction in premiums. Policyholders pay a minimal amount for gap cover in excess of the average cost of claims yet receive huge value for little or no additional premium, she said.

Sikhakhane said the treasury had run “a robust, transparent consultation process, and has taken into account the comments expressed by stakeholders” and could not interfere with the right of citizens or companies to approach the courts.

With doctors in short supply, healthcare employers need to invest in intelligent technologies to make the experience of accessing healthcare as good as it can be, for all involved
Read more
Africa

Almost 70% of the world’s maternal deaths happen in Africa. Now there’s coronavirus — and with poor prenatal and postnatal care on the continent, expectant mothers and children under five are even more vulnerable.
Read more
Coronavirus

Xenophobia stalks us in this moment of crisis; our hope lies in humanity’s capacity to rebuild
Read more
Advertising