Pallo Jordan ‘owns up to deceit’, resigns as ANC MP 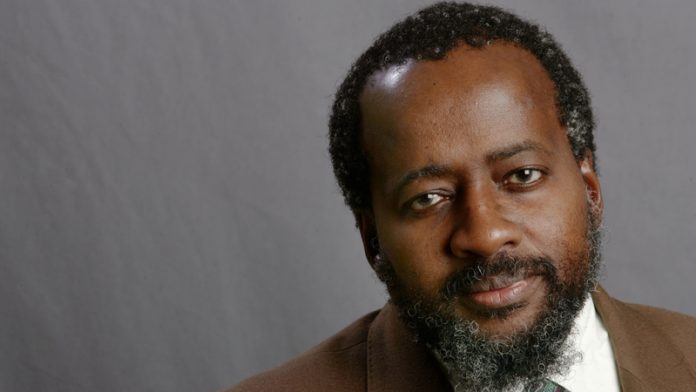 ANC veteran Pallo Jordan has resigned as the ruling party’s MP, following a newspaper report exposing his academic qualifications as a lie.

The former arts and culture minister was exposed by Sunday Times for lying about his qualifications, including an alleged PhD that resulted in him going by the title “Doctor” for many years.

ANC secretary general Gwede Mantashe told the Mail & Guardian on Monday that Jordan wrote a letter to the party’s leadership “owning up for what he called deceit over a long time”. It is in this letter that Jordan apologised to the party he has served for decades, its members and all South Africans.

Mantashe said the ANC has received and accepted a detailed explanation from Jordan. “Comrade Pallo Jordan has also offered to resign his membership of Parliament, the National Executive Committee of the ANC and the ANC,” said Mantashe.

While the ANC top six officials accepted Jordan’s resignation from Parliament, Mantashe said the veteran’s offer to resign his membership of the NEC and the ANC have been referred to the party’s structures. This could mean that the matter would be discussed by the NEC, the party’s highest decision-making structure between conferences.

“A man of Comrade Pallo Jordan’s intellect does not need toperpetuate deceit, he must be given time to deal with his guilt,” Mantashe said. “As the ANC, we have accepted his public apology. To apologise was not an action of the faint hearted”.

Mantashe cautioned that while Jordan voluntarily took responsibility for the false qualifications, he should not be “destroyed”.

While the ANC sought to rebuild credibility by taking its candidates through a vetting process in the run-up to the May election, the party’s chief whip in Parliament Stone Sizani, has come out in support of Jordan.

‘Revered ANC veteran’
In a media statement issued on Monday, Sizani referred to Jordan as a “revered ANC veteran” and implied that the ANC in Parliament was not bothered by news reports that exposed the untruths about his academic qualifications.

“We reaffirm our unshakable respect, admiration and confidence in him as one of the movement’s most treasured assets with a unique and unparalleled knowledge and experience on a wide range of social, economic and political matters,” Sizani said in a statement. “He is one of the movement’s greatest products, a public intellectual par excellence and a consummate historian”.

Strangely enough though, the ANC’s vetting form early this year required that candidates list their qualifications, employment history, area of expertise and if they preferred to be deployed in a sector compatible with their area of expertise. The information required in what was known as Project Veritas was supposed to be “accurate, correct and true”. Candidates also had to acknowledge that “any false information submitted will have a negative effect on my candidacy and possibly also my membership status of the organization.”

Source of great pride
But Sizani defended Jordan nonetheless. “While academic achievements are important, they can never truly define one’s wisdom, intelligence or intellectual depth. With or without academic qualifications, Comrade Jordan to us remains a source of great pride not only as an intellectual giant but for the immense contribution and sacrifices he has made and continues to make for our nation and its young democracy”.

Sizani said because Jordan did not violate parliamentary ethics code or misrepresent the institution, there was no need for Parliament to entertain the matter about his false qualifications. “Academic qualifications are not amongst Constitutional requirements to qualify for membership of Parliament,” Sizani said.

When the M&G wrote about the ANC’s vetting process for its candidates early this year the party’s head of communications sub-committee, Lindiwe Zulu, warned candidates that tough action would be taken against anyone withholding damning information about their past. It’s not clear if Jordan was subjected to such vetting and what information he shared.

Jordan is known for his moral high ground and being outspoken on both ANC matters and those of national importance.

In January National Council of Provinces chairperson Thandi Modise, was exposed by fact checking news website Africa Check as having included qualifications she did not have in her CV. Modise was still North West premier at the time. The former ANC deputy secretary general’s profile claimed that she is currently studying towards a masters degree in economics, that she attended a “special leadership course” at the “University of Jordan” in the United States and that she has a “certificate of a trainer in military training” and a “certificate in gender studies”. None of these were true.

Former Cooperative Governance and Traditional Affairs minister Sicelo Shiceka was also exposed by the M&G in 2010 for lying about having a master’s degree in political economy from the University of the Free State. He had been registered at the university but did not complete his degree.