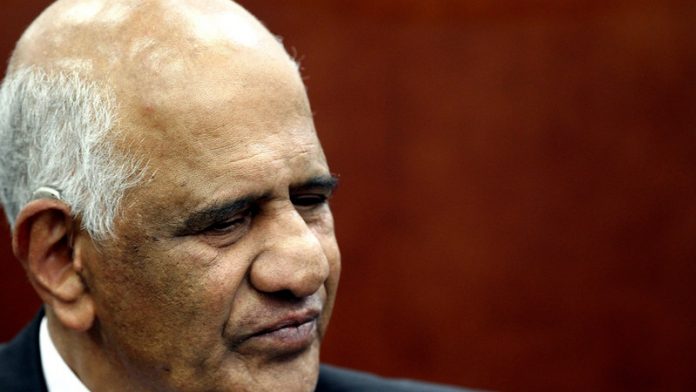 Despite threats to ask the Judicial Service Commission to investigate former Constitutional Court judge Zak Yacoob, the ANC has yet to lay a complaint – and is still seeking advice on whether or not it should do so.

The ANC issued a statement on August 8, condemning Yacoob and saying it hoped the JSC would investigate him. But that was before the party had sought legal advice on the matter, and before it had even decided if it wanted to lay a formal complaint.

The statement said the party had “learnt with shock and dismay” about remarks attributed to Yacoob, concerning the rape trial of President Jacob Zuma. Zuma was accused of raping a family friend and was acquitted of the charges in 2006.

The comments were made at an event organised by the University of the Witwatersrand’s Institute for Social and Economic Research (Wiser) on Thursday last week.

In subsequent media reports, Yacoob was quoted as saying he would have “set aside” the judgment against Zuma. But the following day, Yacoob told the Mail & Guardian that he was misquoted, and that his remarks were misunderstood and taken out of context.

Subjective and nuanced
The speaker before Yacoob, Wiser researcher Lisa Vetten, spoke specifically about the narrative created around Zuma’s accuser during that trial. Yacoob later told the M&G that he had used the trial as a springboard to make a broader point about rape victims, in this context.

Yacoob told the M&G that his comments were not about the strength of the evidence against Zuma, or whether Van der Merwe’s ultimate decision was correct. Yacoob said judgments are “subjective, nuanced, and not black and white”, so it was difficult to say if he would have come to the same conclusions as the high court judge.

Yacoob said his comments were primarily about whether judges should ever take into account the sexual histories of rape victims when deciding whether to accept their version. Yacoob felt strongly that judges should not do this.

“Even a prostitute has the right to say no,” Yacoob told the M&G.

Yacoob explained that his remarks were misreported, and said this concerned him.

Opening old wounds
“There’s an element of the subjective in a judge’s decision-making process. What I said was: I may have found differently because I would not have criticised the witness for not reporting the rape sooner, and for her sexual history.

“I was making a point about the treatment of witnesses in rape trials. And I was also making the broader point about how cases are decided and how people differ,” he said.

But the ANC did not agree and said Yacoob’s comments had “further served to open old wounds … and subject President Zuma to a court of public opinion”.

“The implication of the judge’s reckless statement is that of convicting the president after a competent court had acquitted him of the charges of rape. This is a violation of the principles of law, which provide for both sides to be heard fairly, without prejudice, and once heard, there is final arbitration on the dispute.

“We hope that the Judicial Service Commission will interrogate this conduct and set a precedent for future incidents that embarrass this noble profession. It should be noted, though, that the ANC is not being prescriptive to the JSC but merely expresses hope that as a body that is responsible for the conduct of judges, it will look into the matter,” the party said.

Code of conduct
The JSC confirmed this week that it had not received a complaint on the matter from the ANC.

JSC secretary Sello Chiloane said no complaints about Yacoob had been received. Chiloane said the JSC could theoretically investigate Yacoob, even though he was retired, because he is still defined as a judge in terms of the JSC Act.

The code of judicial conduct, contained in the Act, is also binding on “judge(s) not on active service”.

ANC spokesperson Khusela Sangoni said the ANC had not yet decided if it would lay a complaint.

“I don’t want to say we will or we won’t lay a complaint, at this stage. We have sought advice on the matter and we will decide the way forward on the basis of that,” Sangoni said.