Somalia: Ignoring the facts on the ground 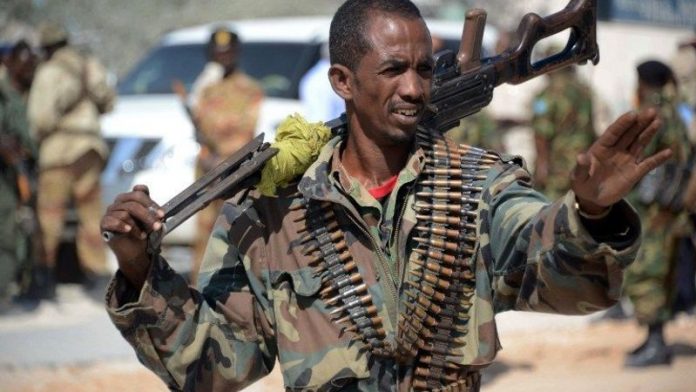 The Obama administration recently announced that the US will appoint an ambassador to Somalia for the first time in two decades. But the new ambassador will not be posted in Somalia’s capital Mogadishu – where insecurity prevails.

And the Pentagon has also acknowledged deploying a team of military advisors to the war torn Somalia, to assist Somali and other African troops battle against al-Shabab. But this new expanding US involvement in Somalia’s conflict would do little to make a difference in Somalia or bolster the position of US backed beleaguered Somali government.

The US and EU’s narrative about Somalia is a country that is making slow but steady progress. They say the country made some gains in security and economic conditions, that al-Shabab has been driven out most of population centres in south central Somalia, with the help of African Union troops, a legitimate Somali government has formed, and a road map calling for nationwide election by 2016 is in place.

But the facts on the ground show that Somalia is still a mess. President Hassan Mohamud’s un-elected government, the first Somali government the US recognised since 1991, barely controls Mogadishu – where al-Shabab is waging asymmetrical warfare: car and suicide bombings, including the recent repeat attacks on Somalia’s presidential palace and Parliament.

In addition, al-Shabab is still wreaking havoc in south central Somalia and neighbouring countries. Describing the depth of corruption in Somalia, Ahmed Samatar, professor of international studies at Macalester College, who ran for president of Somalia in 2012, said in a recent interview with the  Minnesota public radio, “Somalia’s future is bleak because of the parochial clannish politics of incompetent and corrupt leaders, who are looking only  after their own self interest … ”

Today, the US counter terrorism efforts, billions of dollars in training and financing provided to Somali and 22 000 African Union soldiers from eleven countries, thus far, have failed to impose order on the war torn country.

In fact, the African Union mission has become a cash cow for the private contractors who profit from the troubled lands and a valuable source of foreign exchange for the poor troop contributing African countries. And a vehicle for the African Command, created by George W Bush administration in 2008, to make its existence relevant and to protect itself from the Pentagon budget cuts.

Meanwhile, the unarmed civilians in the Shabelle region (the basket bread of Somalia), are suffering from chronic violence and the government’s inability to rein in the undisciplined soldiers, made up of mainly clan militias from President Hassan Mohamud’s Hawiye Clan who terrorise, loot and rape the population, to grab for the fertile lands.

Let’s not forget, before the US embassy in Mogadishu was pillaged by Somalis and before warlords, pirates and al-Shabab terrorised Somalia. The anarchy that still is plaguing Somalia, was planted by a despicable Somali dictator, Siad Barre, who was corrupt and oppressive  but had the financial, military and political backing of the United States because it was during the Cold War.

In May 1988, an uprising in northern Somalia occurred; government troops used targeted killings, indiscriminate artillery shelling and aerial bombings to quell the mass uprising. According to the Human Rights Watch, between 40 000 to 50 000 people including women and children were slaughtered, cities and towns were completely obliterated, and nearly half a million people sought refugees in the inhospitable desert in Ethiopia. Fortunately, the regime finally fell in 1991.

And the root causes of Somalia’s disaster can be traced to Barre’s dictatorship. In fact, after the Somali unity failed disastrously, in May 2001, 90% of the northern Somalis voted for a referendum for independence from the rest of Somalia and declared their territories the Republic of Somaliland. Since then, Somaliland  established a functioning democratic state with all the attributes of a nation: defined borders, constitution, flag, and currency. Although Somaliland is not perfect but it offers is an oasis of peace and stability in a region mired with violence, famine and terrorism.

Yet despite its achievements, for political reasons, the West is using its diplomatic muscle to suppress Somaliland’s quest for diplomatic recognition while the West is expending vast resources to prop up a useless Somali government. This is an example on how the West fumbles its dealing with Somalia. Moreover, Puntland, an autonomous region, in eastern Somalia, which used to be a hotbed of the piracy, wants to remain Somalia on a federal based government system, if Mogadishu gets its act together.

Instead of sinking in more money into the black hole that is the corrupt government in Mogadishu, the West and Africa should rather take into account the facts on the ground and should support the organic solutions that worked and benefited for the Somalis for last two decades: the Republic of Somaliland and Puntland.

For the rest of Somalia, the West and Africa can offer the Somalis a helping hand; but first, the warring Somali Clans must come together and stop fighting among themselves. In fact, Somalia needs a massive genuine political reconciliation before it needs a president, prime minister and Parliament.

Then the Somalis might have a fighting chance to defeat al-Shabab and reclaim their country back. Moreover, Somaliland deserves a chance to decide on its own fate democratically by a ballot box. But keeping the status quo would mean renewed famine, pro-long human suffering, more radicalism, more African casualties and risking a repeat of another “Black Hawk Down” tragedy.

The regulations aim to prevent money laundering and financing terror organisations, but implementing them is proving to be difficult
Read more
Africa

Abdirahman Yusuf was determined to document the pandemic, so he went to the place that scared him most — the Covid-19 hospital
Read more
Africa