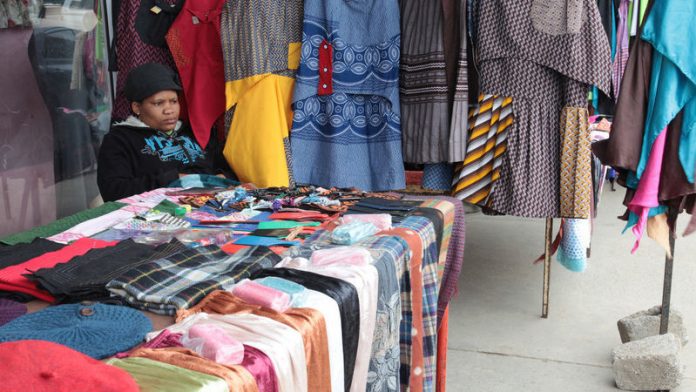 The middle-class dream is of independence, and perhaps, eventually wealth. But for the vast majority of the self-employed in South Africa, especially those in the informal sector, the reality is desperation, poverty and poor working conditions.

Statistics South Africa on Thursday released the results of its Survey of Employers and the Self-employed, conducted every four years since 2001. The survey targets informal businesses by interviewing those who are in business for themselves, but are not registered for value-added tax.

The results show a sector which, despite hopes for its ability to create jobs, remains largely a last resort, for good reasons.

The amenities available to those operating such business show “the extent to which the entities are survivalist in nature”, StatsSA said. Forty percent of respondents had to leave their place of work to get to a tap, 28% had no electricity on site, and 8% had no toilet facilities of any kind available to them, even though most conducted business from their own homes.

Of those surveyed, 76% said they were running their own business because they had no alternative way of making sufficient money, or had been retrenched. Less than 3% said their businesses were better than previous work or had the likelihood to make them decent incomes, and less than 4% said they liked the business activity they were engaged in.

Broad economic fluctuations
Between 2009, the date of the last survey, and 2013, the number of self-employed at informal businesses increased from 1.1-million to 1.5-million, but it was still far below the 2.3-million StatsSA reported in 2001. That seemed to be directly linked to broad economic fluctuations well out of the control of those who felt them impact.

“In every province, except Gauteng and Northern Cape, and reflecting the effects of the global recession – over the period 2001 to 2013, there was an increase in the proportion of people who stated unemployment as the main reason for being involved in informal businesses,” StatSA said in its analysis of the data.

More than 80% of the business operators said they had no access to credit in any form, and no prospect of a loan from a commercial bank that would allow expansion.