To Kill a Mockingbird tops list of women’s greatest books 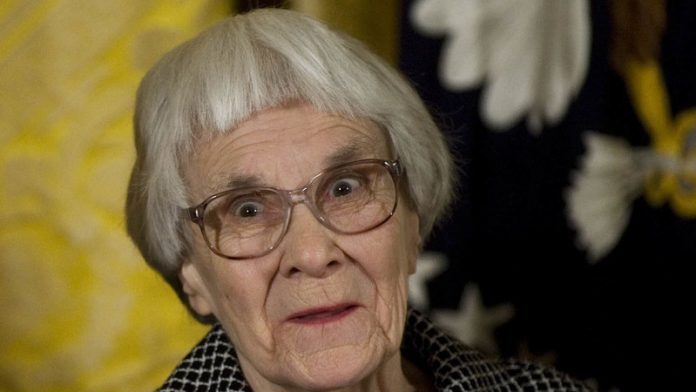 To Kill a Mockingbird has topped a list of the most influential books written by women, with Shami Chakrabarti, director of pressure group Liberty, describing Harper Lee’s 1960 novel as “the book that introduced many of us to our belief in human rights”.

The selection of 20 titles was voted for by the British public after the Baileys women’s prize for fiction (awarded every year to a female author of any nationality for the best original full-length novel written in English) launched a campaign to find the novels by women “that have most impacted, shaped or changed readers’ lives”.

After contributors including Mary Beard and Joanna Trollope chose their own most influential title, thousands of men and women voted for their own selections, with Lee’s story of Atticus Finch, the Alabama lawyer who defends a black man accused of raping a white woman, taking the top spot.

“With human rights under attack the world over, the enduring appeal of Harper Lee’s great tale gives hope that justice and equality might yet triumph over prejudice,” said Chakrabarti, who was also announced as chair of the judging panel for next year’s Baileys prize.

Chakrabarti had chosen To Kill a Mockingbird as her own most influential read by a female author, calling it “particularly significant for me, but also for generations of lawyers”, as “it’s the book that made many of us want to be involved in the law” and “the book that introduced many of us to our belief in human rights”.

Lee’s novel was also picked by singer Sharleen Spiteri, who said that reading it was “my first romance with a book”. She added: “I wanted to be Scout [Finch’s daughter] and was pretty obsessed with her as I was a real tomboy growing up.”

Beard had selected Jane Eyre, and Trollope the children’s book The Towers of Trebizond by Rose Macaulay, saying that she had read the 1956 book “every decade” and that: “I’ll read it aloud to anybody who will stand still long enough to be read to.”

The top 20 list of influential titles by women ranges from classics to children’s literature, and from science fiction to romance.

Margaret Atwood’s story of a dystopia where women are treated as possessions, The Handmaid’s Tale, sits in second place, ahead of Charlotte Brontë’s Jane Eyre and JK Rowling’s Harry Potter books.

Little Women by Louisa May Alcott also makes the cut, as does Dodie Smith’s I Capture the Castle, Donna Tartt’s The Secret History and Sylvia Plath’s The Bell Jar.

Lionel Shriver was picked for We Need to Talk About Kevin, Margaret Mitchell for Gone with the Wind, Daphne du Maurier for Rebecca and Toni Morrison for Beloved, a title selected as a personal pick by Lady Valerie Amos.

“I couldn’t put it down,” she said. “I come from the country Guyana, which is where a lot of slaves were shipped. It’s an important part of my history.” — © Guardian News & Media 2014