Comrades in arms with gum trees 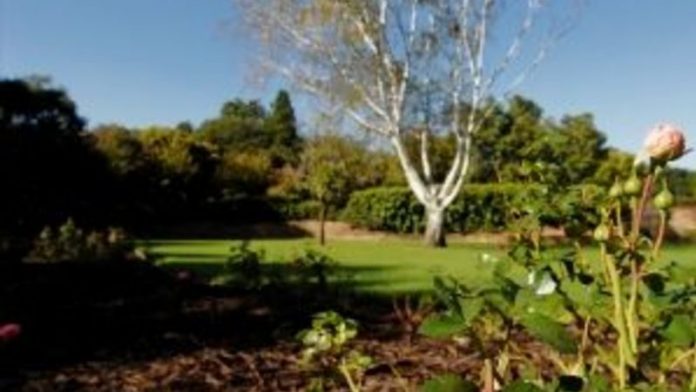 Imagine standing outside in the same spot your whole life, weathering the elements, surviving on an unpredictable diet, holding up advertisements and being unable to flee from danger. This is the life of a tree.

Just because plants are stationary, however, does not mean that they are static. Each plant has an arsenal of weapons and is prepared for the next challenge, such as surviving drought or disease. Like humans, plants have an immune system to fight off disease, but unlike humans, they do not have antibodies and specialised “armies” of cells that ward off invading agents such as viruses and bacteria. Instead, each living plant cell must have an innate ability to recognise and respond to attack.

These recognition and response events are complex and vary depending on the type of attacking organism; there are a vast number of insects, bacteria and fungi that can affect any or several organs of the plant. This is why plants have several lines of defence against attacks.

First, invaders have to face structural barriers such as bark or the waxy surface of leaves. If these defences are breached, the tree can respond by partitioning the affected area off from the healthy tissue, effectively amputating the sick limb. In some cases, the tree can create a hostile environment for the invader by depriving it of nutrients or releasing toxic chemicals. Some of these chemicals can be recognised in the plants’ characteristic scents. For example, crushing mint leaves releases the same volatile oils that are deployed when insects damage the plant.

Interestingly, these essential oils appear to serve the same purpose in plants as in herbal remedies for human ailments: warding off insects and microbes. In some cases, these aromatic compounds can also attract predators such as birds to the plant and rid it of attacking insects.

After the first salvo, chemicals can course through the whole plant like a battle cry to prepare all of its organs for war. In some cases, these organs will be on alert for several years. Remarkably, neighbouring plants can sometimes also “hear” this call to battle and respond to it, joining forces to protect the health of the population.

But these defences are not foolproof. Invaders can develop complex strategies to escape the plant’s defences, allowing them to infiltrate and exploit the plant’s resources, causing severe disease. The impact of disease is sorely felt when it affects an important resource, such as food crops or plants that contribute to a country’s economy. In the 19th century, plant disease caused the Irish potato famine, which reduced the Irish population by 25% through death and emigration. Another disease caused the chestnut blight of the 20th century, which wiped out almost all of the American chestnut trees and prevents their re-establishment to this day.

One industry that heeded these lessons is South Africa’s forestry industry. The greener parts of the country abound with plantation forests, where every tree is almost identical to the next. To those who study plant disease, these rows of trees are giant green-clad soldiers, fit to fight off attacks, but also grossly unequipped to defeat some of their worst enemies.

Eucalyptus (gum) trees are popular plantation trees because of their rapid growth, wood properties and essential oils. Some researchers are also exploring their use as a biofuel source. Because of this, they are of economic importance worldwide. In South Africa, they contribute about 1.5% to the gross domestic product of the country and occupy just less than half of the total forestry plantation area of 1.5-million hectares (pine trees comprise most of the remainder).

Like most plants, Eucalyptus trees are threatened by a number of pests and microbes. Since a diseased tree could lead to a sick plantation and possibly a devastated industry, it is important to find ways to prevent or restrict disease. At the Eucalyptus and pine pathogen interactions research group in the University of Pretoria’s forest molecular genetics group, we study how these trees defend themselves against invaders and disease. Just like people are not equally susceptible to infection by the same agent -— your friend might need two weeks of bed rest and medicine to recover from a cold, while you only have a sore throat for a few days — plants can differ in their ability to respond to attack.

Our goal is to identify the most effective defence mechanisms against a variety of diseases and to use this information to produce trees that can resist attack while maintaining their economically valuable properties. We can join ranks with these trees by filling the holes in their arsenals and arm them with weapons to target their worst enemies.

Lizahn Zwart is a PhD candidate at the University of Pretoria.

Is life at its heart a quantum problem?