Ebola: SA ‘erring on the side of caution’, says Motsoaledi 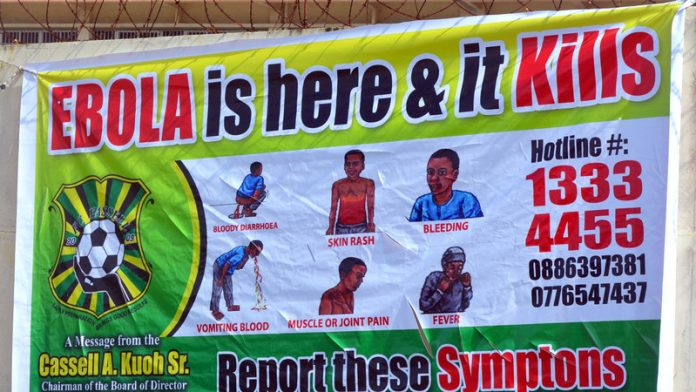 South Africa became the newest in a line of countries to institute travel bans due to the worsening Ebola outbreak in West Africa.

All non-residents travelling from these countries, deemed “high risk” by Cabinet, are banned from entering South Africa, unless the travel is “absolutely essential”, Motsoaledi said.

All South African citizens wishing to travel to these countries will be asked to postpone their travel, unless it too, is deemed essential.

Stringent tests
Citizens returning from Liberia, Guinea or Sierra Leone will have to be subjected to more stringent tests upon re-entering South Africa’s borders.

This includes completing a comprehensive health questionnaire before re-entry. If the questionnaire and a temperature screening reveal something untoward, travellers will have to subject themselves to a full medical examination.

For travellers from countries deemed “medium risk” namely Nigeria, Kenya and Ethiopia, normal surveillance will be enhanced the minister said.

Kenya and Ethiopia, have no reports of Ebola yet, however, most travellers entering local borders, from West Africa come through these countries.

On Wednesday the World Health Organisation revised its estimates of the Ebola death toll upward. It said a total of 2 473 confirmed, probable and suspected cases of the disease have been reported, alongside 1 350 deaths. Nigeria, has an estimated 15 cases, and four deaths, however it is viewed as being better equipped to contain the virus. The other three countries, however, are among the poorest in Africa, and lacked both the technical capacity and financial resources to contain Ebola’s spread, which began in December last year.

The virus is spread through contact with bodily fluids, such as blood, and has no known cure.

The WHO has advised countries however to limit travel and flight bans relating to Ebola – in the face of growing international panic. Organisations such as the International Air Transport Association (IATA) have also called on countries not to impose flight bans the affected nations, to enable them to better fight the disease.

The scare has already negatively impacted on South Africa, although it is geographically distant from the outbreak’s epicenter, and has better health care systems, expertise and resources.

Earlier this week the Southern African Tourism Services Association (SATSA) reportedly said that 1 500 Thai tourists had cancelled a trip to South Africa due to Ebola fears, while smaller groups from other Asian countries such as Japan, China and Malaysia had done the same.

But Motsoaledi said the virus had been declared an emergency around the world and “countries have got a right to do whatever they think is within their power to protect their citizens”.

Despite the WHO’s advice many countries had instituted travel bans anyway he pointed out.

South Africa was “erring on the side of caution” he said, by taking pro-active measures to prevent ad hoc responses to the outbreak.

Government was also responding to the concerns of neighbouring countries in the Southern African Development Community (SADC), he said.

“If there is going to be any breach in South Africa, then the whole region is affected,” Motsoaledi said.

The department will also be holding a meeting on Friday with mines, communications, security and retail firms with operations in region, and who have citizens employed there.

Retailers such as Massmart and the Shoprite Checkers group have stores in Nigeria, while MTN has operation in both Nigeria and Liberia.

This was because, increasingly, the cases that the department dealt with, concerned their employees he said.

He referred to the recent scare surrounding a man who had been working as a mine security officer in Liberia. He had returned to South African and began complaining of a fever. The man, currently in a stable condition at the Charlotte Maxeke Academic hospital, has tested negative for Ebola as well as several other viral hemorrhagic diseases

The special meeting was needed to agree on clear protocols that might be expected from these companies with regard to their workers he said.

Cabinet has also acceded to a department of health request for additional funding, setting aside R32.5 million, to support containment and prevent further spread of the virus to South Africa and other countries

With the closure of schools, learning has moved to online platforms across the world, but a UNESCO report said only 12% of households in the least-developed countries have internet access at home
Read more
Africa