Jo’burg: City of beauty – and fears 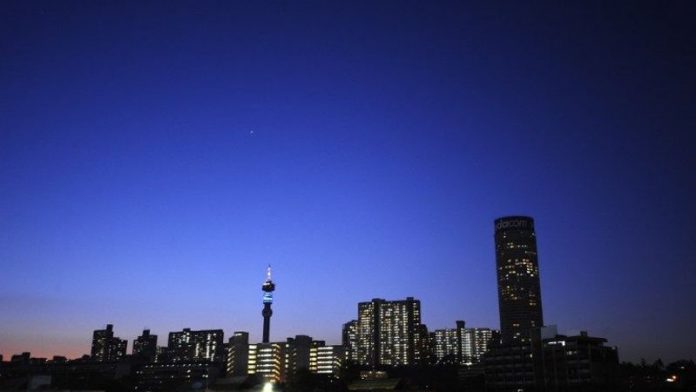 In the past week, Condé Nast Traveler magazine’s annual Readers’ Choice survey rated Johannesburg as the unfriendliest city in the world.

It said: “Though Johannesburg is one of the most beautiful cities in the world, safety still remains a serious concern. ‘It is not safe to travel in Johannesburg independently,’ one reader warned, while others called it ‘dangerous’ and ‘a city of crime and contrasts’. In one instance, a visitor was ‘pressured to give a tip for personal service, which was not received’.”

Is the reason Johannesburg is not perceived as a friendly city because of the perceptions of danger? I say perceptions because Johannesburg does not even feature on the list of the 50 most dangerous cities in the world.

Do you know which ones feature? Durban and, yes – shock horror to those people who say they would never move to Johannesburg because it is so dangerous – their beloved Cape Town.

Just a reminder, Johannesburg does not even feature. Look at the evidence.

Johannesburg is even considered to be one of the most beautiful cities in the world but people don’t feel safe. It’s not just the travellers who don’t feel safe but the city’s residents, too.

People seem to be suspicious of each other; we tend not to help each other because we are so terrified – we are not Good Samaritans. Those of you who are unfamiliar with the New Testament, let me give a brief lesson on where the phrase comes from.

A Samaritan helped a ‘hated’ Jew
Jesus tells a parable to an expert of the law, saying: “A certain man was going down from Jerusalem to Jericho, and he fell among robbers, who both stripped him and beat him, and departed, leaving him half dead. By chance a certain priest was going down that way. When he saw him, he passed by on the other side. In the same way a Levite also, when he came to the place, and saw him, passed by on the other side.

But a certain Samaritan, as he travelled, came where he was. When he saw him, he was moved with compassion, came to him, and bound up his wounds, pouring on oil and wine. He set him on his own animal, and brought him to an inn, and took care of him.

On the next day, when he departed, he took out two denarii, and gave them to the host, and said to him: ‘Take care of him. Whatever you spend beyond that, I will repay you when I return.'”

In the era of Jesus, the road between Jericho and Jerusalem was dangerous and it was not uncommon to be robbed and killed. It was so dangerous that it was called Bloody Pass. The other travellers walked past the man because they too were probably terrified that they would be robbed and possibly killed.

In fact, this tale reminds me a little of a part in Alan Paton’s Cry The Beloved Country where a black man helps a white woman who is beaten to a pulp and takes her to a neighbouring farm. When the white woman realises that she had been helped by a black man, she turns to him and says: “You are a nice k*****.” I digress.

I had my own case of a Good Samaritan recently. I hit a pothole. By the time I realised my tyre was completely flat, I was already on the highway. I was literally driving on a rim.

Ubuntu still exists, however rare
I was on the highway with nowhere for me to stop. When I could eventually stop, it was in the middle of a dingy Johannesburg neighbourhood at night.

I had to change the tyre. I stopped under a lamppost. I didn’t want to call Automobile Association and wait for a long time in the dark. Besides, a man should change his own damn tyre.

I won’t lie, my mouth was in my throat the whole time, but I had a spanner as a weapon if I needed one.

The road was not deserted where I had stopped; cars drove by all the time. No one stopped. All sorts of luxury cars drove past. I also happen to drive a decent German luxury brand.

When the next car stopped, I realised I needed help with lighting. The man parked behind me to provide light.

He was an old man in his 60s from the Eastern Cape. He even had water for me to wash my hands afterwards. He told me he stopped because he could see I needed help and he knows people never stop.

When we were done, I asked him to follow me to the next garage where I filled his tank. It was the least I could do.

I don’t know if I had seen someone else stranded on the side of the road if I would have helped them. In fact, I’m pretty sure I wouldn’t have. That old man taught me a lesson many of us have lost in Johannesburg.

Let us not lose our souls.

Last week’s tremor has anti-nuclear campaigners questioning the safety of Koeberg, although the nuclear facility said the plant is designed to sustain a magnitude-seven earthquake
Read more
Motoring

Desmond D’Sa, winner of the coveted Goldman Environmental Prize in 2014, tells Paddy Harper how being forcibly removed from his home at the age of 10 taught him to fight for his rights
Read more
Friday