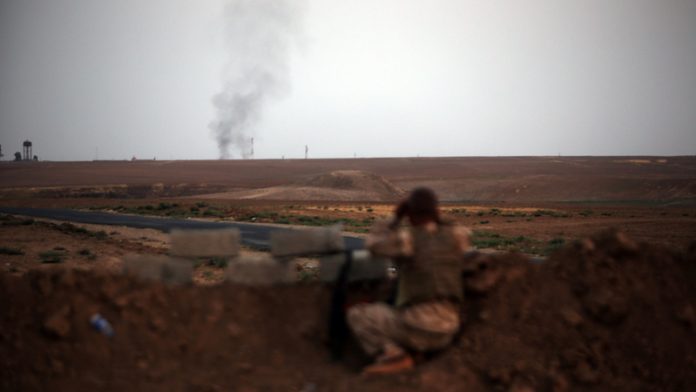 It was just after midnight on July 4 when at least two dozen US Delta Force commandos arrived on heavily armed Black Hawk helicopters in Akrishi, a small town near the eastern Syrian city of Raqqa on the bank of the Euphrates River.

Before they landed to search for American hostages including journalist James Foley, they destroyed a crucial target: anti-aircraft weapons at a jihadist base about 5km south-east of the city, a stronghold of Islamic State militants seeking to build a monolithic Islamic state.

The above account and other details of the raid have emerged from witnesses who spoke with a member of a Syrian opposition activist group, who identified himself as Abu Ibrahim al Raqaoui. Raqaoui told the information to Reuters in an interview via Skype from inside Syria.

His group also posted witness accounts of the raid on Facebook soon after it took place. The posts, which were viewed by Reuters, have since been taken down.

The White House publicised details of the raid on Wednesday, a day after Islamic State jihadists posted a video showing Foley being beheaded. The White House said the commandos failed to find Foley or other hostages and that it was prompted to make the announcement after several US news organisations learned of the operation.

The incursion into the heart of Islamic State territory, made on US Independence Day, ended in disappointment when the soldiers found no prisoners.

‘They lit it on fire’

After landing, the commandos blocked the main road to Raqqa and moved toward a makeshift jail believed to hold Foley and other hostages, Raqaoui said. Discovering Foley was not there, they attacked the base, which the militants had named “Bin Laden”, after the former al-Qaeda leader, Osama bin Laden, Raqaoui said. They lit it on fire, he said.

“According to villagers, they burned the camp and killed all the Isis fighters,” he said, using one of the acronyms that refer to the Islamic State.

US officials said “many” Islamic State fighters were killed and one American soldier was wounded when a helicopter came under fire. Raqaoui’s account puts the number of wounded US soldiers at two.

The mission was authorised by President Barack Obama and based on US intelligence, including information from hostages who have been released, the administration said. US officials would not confirm that it was on July 4.

It was first direct ground engagement between the United States and Islamic State militants, and the first known US ground operation in Syria since the start of its civil war in 2011.

The raid’s failure to bring hostages home underscores the limits of US intelligence about Syria’s chaotic conflict.

“We believed we had a good case for where they might be,” said one US official who declined to be identified.

A Syrian source close to the Islamic State told Reuters that the militants had been tipped off to the planned operation when Americans were seen asking about the hostages in the Turkish city of Antakya, about 20km from the Syrian border.

“The Americans were looking for their hostages and desperately looking for any information,” said this person, who spoke to Reuters on the condition of anonymity.

“They met people in Antakya and asked questions. Afterwards, the operation became expected. The [Islamic] State anticipated the operation and took precautions. They expected it and that is why they have probably changed the location of the hostages.”

Rami Abdelrahman, founder of the Syrian Observatory for Human Rights, which monitors violence in the Syrian war via a network of activists across the country, said that at the time of the operation last month, his activists in Raqqa received a report from a single source close to the Islamic State saying that there had been a raid in the area by American troops.

“The residents said they heard the noise of aircraft and gunfire but did not know more than that,” he said.

The Committee to Protect Journalists, a US independent group, estimates that two dozen kidnapped journalists, both local and foreigners, remain in Syria, including American Steven Sotloff who was shown at the end of the Islamic State video on Tuesday. The militant who killed Foley warned that Sotloff would be next if US air strikes persist.

US warplanes and drones have continued daily attacks on Islamic State positions in Iraq. US officials say they have not ruled out escalating military action against the jihadists, who have increased their threats against the United States since the air campaign in Iraq began two weeks ago. – Reuters