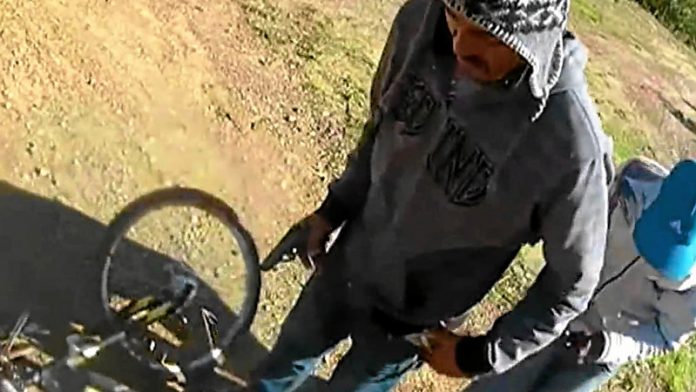 The recent arrest of a teenager for a robbery that went viral on YouTube, after it was recorded by the victim, has highlighted the importance of the Child Justice Act and the practical -problems around implementation of the law.

The underage boy and two alleged accomplices have been accused of stealing the bike of Cape mountain cyclist Malcolm Fox after he took a wrong turn on a Somerset wine farm. Fox captured the incident on his helmet-mounted GoPro camera.

While the police media liaison chose not to comment when responding to questions from the Mail & Guardian, reliable sources said officials were unaware that one of the three accused was a minor because he looked older, and gave his age as 22.

The 17-year-old was not placed in an appropriate child and youth care centre, as required by the Child Justice Act that prescribes treatment for child offenders under the age of 18. Instead he was sent to overcrowded Pollsmoor Prison, which has earned notoriety for violence among prison gangs.

When two of the accused appeared in the Somerset West Magistrate’s court on June 11 this year, it emerged that the third suspect was only 17 years old. National Prosecuting Authority spokesperson Eric Ntabazalila said at the time the case had been postponed so a place of safety could be found for the minor.

While the swift arrests have been lauded, the crime against the cyclist has sparked international interest. Fox posted his video of the robbery on YouTube to raise awareness of the crime in the area, but it now appears that charges against the teenager may be dropped. The minor is not shown on the video and police have little to link him to the crime.

The footage clearly identifies a man brandishing a gun. Another man can be seen aiding the gunman, and the cyclist is heard trying to calm the situation. “That’s all I have on me, I promise you. I won’t mess around, I swear,” he said as his bike was snatched from him.

Fox said he could not identify the person to the side of him: “I wasn’t prepared to look around and get them a little bit edgy.”

Police spokesperson Colonel Tembinkosi Kinana said charges had not been withdrawn against the minor, whose family live in a township outside of Somerset West, and who remains in a place of safety.

According to Kinana, Somerset West police station does not have sufficient cells available to house minors accused of a crime.

“Minors will not be placed in the same prison cell with adult offenders,” said Kinana. “They are, however, detained in cells alone, until a place of safety is found for them and the parent or guardian is informed of the arrest. A memorandum between the South African Police Service and the department of social development has been established concerning the Child Justice Act for children in conflict with the law.”

In the past, it was widely accepted that awaiting-trial child offenders might have to languish in prison cells with adult prisoners, but that changed when the Child Justice Act was enforced four years ago.

The Act allowed South Africa to fall in line with the trend of most other countries, including several in Africa, which for many years have had separate laws dealing with child offenders. Before the changes came, cases involving minors had to take their cue from the Criminal Procedure Act, which is the general criminal justice system for all offenders.

Professor Ann Skelton, director of the Centre for Child Law at the University of Pretoria, said the Child Justice Act has provided more protection for child offenders since its enforcement in 2010.

“It is a balanced piece of -legislation that also allows for serious cases to be dealt with within its ambit. The number of children in prison has dropped significantly since the Act was introduced. However, the number of children coming into the system at the front end has also dropped and so far government has not been able to adequately explain this. The -implementation of the Act therefore requires more research and investigation.”

One aspect that comes up for review by Parliament in April 2015 is the minimum age of criminal responsibility, said Skelton.

“Parliament must consider -raising the age from 10, where it currently sits. Non-governmental organisations and experts are gearing up to make submissions on this issues, as 10 is one of the youngest ages of minimum responsibility in the world, and falls below inter-nationally accepted standards.”

The Child Justice Act ensures children’s responsibility and accountability for crimes they have committed. Skelton has applauded the Act for placing an increased emphasis on the effective rehabilitation and reintegration of children, to minimise the risk of them reoffending.

Police caught in the Act in ET trial

Precedents opened the door to the media

Making sure no child offender is left behind