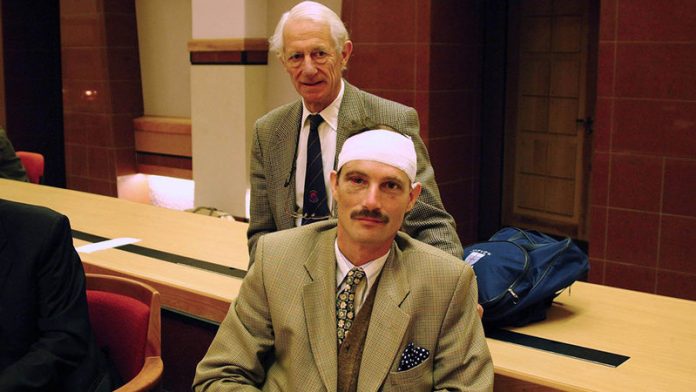 In the pomp and ceremony surrounding the 34th Southern African Development Community summit of heads of state and government – the annual gathering of the region’s big (and often old) men – few noticed a rather sad little funeral cortege slip past.

It was for an institution the grand men have tossed aside: the SADC tribunal. No one will be particularly surprised to learn of its demise. It had suffered a state of chronic arrest for some time. Suspended in 2010 so that a review might be conducted of the tribunal’s powers and functions, the summit announced in 2012 that a protocol for a new tribunal would be negotiated and its jurisdiction would be limited to the adjudication of disputes between member states.

That protocol was adopted at this most recent summit, dealing the final blow to the previous tribunal, which had allowed individuals to approach it for rulings on their disputes with SADC member states.

The old tribunal had brought down on its head the full wrath of the Robert Mugabe-led Zimbabwean government when it issued several judgments against Zimbabwe. It had also found no champions among other SADC heads of state who, despite having initially agreed to permit individual access, found the prospect of being held liable to their citizens by a regional body distasteful.

Not that you might ever know that this was the motivation for the old tribunal’s disbandment from any of the official documents. The communiqué issued at the conclusion of this most recent summit blandly announced that a new protocol for the tribunal had been adopted.

New protocol
And the protocol itself, in the opening paragraph, maintains that it was mandated by the “review of the role, responsibilities and terms of reference of the SADC tribunal [that] led to recommendations that require a new protocol”.

This is simply untrue. The review commissioned by the 2010 summit explicitly supports, in its recommendations, the retention of jurisdiction over disputes between natural and legal persons and SADC member states. Nowhere is there a recommendation for the old tribunal to be dissolved and a new protocol adopted. The SADC leaders, however, were not to be detained by the review and recommendations of the independent legal experts they had commissioned. And so they turned instead to their ministers of justice and attorneys general.

Sensitive to the hostility felt by the summit for the tribunal but conscious also of the constraints of legality, these officials stood by the recommendation that individuals be given access to the tribunal. Through the media, they proposed that the tribunal’s powers to pronounce on human rights issues be narrowed, in that each state should voluntarily sign on to such jurisdiction. But even this was a bridge too far for the heads of state and government, and they dismissed those recommendations too.

Government-only access
Now the SADC leaders offer the region a protocol for a new court. It is a court that no one in the region but governments will be able to access. The leaders say they do this based on recommendations they have received. Yet there are none but their own.

President Jacob Zuma has already signed the protocol, indicating South Africa’s intention to ratify and make the new tribunal operative. It is the second time in as many months that Zuma has been party to a regional agreement that seeks to make the application of law discriminatory.

Last month he was part of the African Union summit of heads of state and government that decided that the new African Court would be vested with the power to apply international criminal law, but that government officials would be immune from its reach. In effect, the summit decided that the law should apply to everyone but themselves.

Now Zuma has signed an agreement that makes the protection of SADC laws available to governments in the region, just not the people those governments are intended to serve.

Nicole Fritz is the director of the Southern Africa Litigation Centre