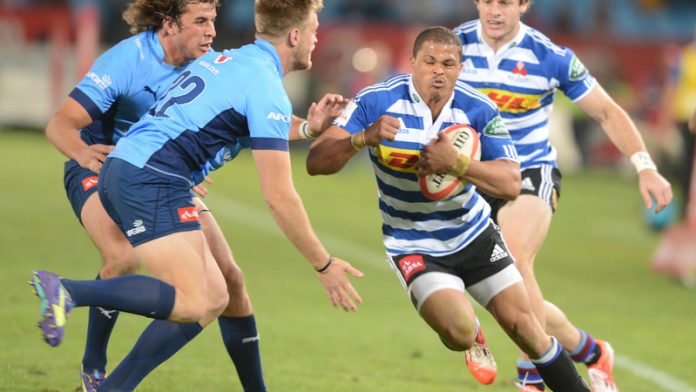 An action-packed first half strangely produced only three points as the two sides played positive rugby from the outset.

Uncharacteristically there was also less kicking from the hosts as they opted to attack the line with the quick ball they received.

The scrums were also a tightly contested affair, with the Bulls showing much improvement in this facet of play.

While the Bulls showed a willingness to keep the ball in hand, Western Province’s typical strong defence held over the first 40 minutes.

Demonstrating that their game has progressed from a defence-minded to a more balanced style, Province made a number of enterprising runs.

Blue Bulls debutant Joshua Stander had an opportunity to level the scores three minutes from the interval but his shot in front of the poles was off-target.

The match finally produced some exciting tries after the half-time break after Province pivot Demetri Catrakilis had converted a penalty in the 46th minute.

The Bulls finally found the breakthrough two minutes later when blindside flanker Jacques du Plessis finished a move to score, with Stander converting. A Jesse Kriel pass to Sampie Mastriet had seemed forward but was adjudged to be fine.

This backfired on them as Province’s dangerous outside backs sliced through the Bulls’ defences to swing the momentum in their favour.

In the 56th minute, Western Province wing Kobus van Wyk finished off a set move as his fellow flyer and man of the match Seabelo Senatla stepped past the Bulls’ defence to send the former away, with Catrakilis converting (13-10).

With 12 minutes left Schoeman close the gap with a penalty conversion, only to see Coleman returning their lead to 10 points.

The Bulls made a last-gasp attempt to claim the victory when they opted for a lineout penalty, which paid off as Mastriet powered his way over the line on the other side of the field.

With the clock winding down, the Bulls made an encouraging attack on the line, but a knock-on by William-Small Smith in the danger zone brought the match to an end. – Sapa