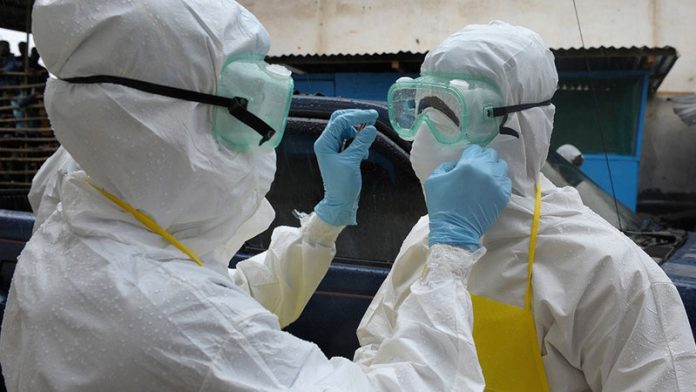 Nigeria’s health minister will hold an emergency meeting of state health commissioners on Monday as West Africa struggles to halt the spread of the deadly Ebola virus, amid growing concern at the infection toll among healthcare workers.

Nigeria on Sunday confirmed a fresh case of Ebola in a doctor whose husband died from the virus, adding to a growing list of those providing healthcare in West Africa who have been infected by the epidemic. The woman’s husband, also a doctor, died in the city of Port Harcourt on August 22 after treating a patient who had contact with the Liberian man who brought the virus to Nigeria in late July.

She was in a stable condition at an isolation unit in the financial capital, Lagos, according to Sampson Parker, the health commissioner of Rivers State, of which Port Harcourt is the capital.

Nigeria’s medics have paid a heavy price in the outbreak: of the six people who have died from the disease in Africa’s most populous nation, two have been doctors and two others nurses. Another doctor and a pharmacist were put into isolation at a unit outside Port Harcourt, Parker said.

Healthcare workers at risk
The Nigerian health officials meeting Monday are not the only ones in the region struggling with the problem of how to treat victims of the deadly virus while protecting those treating them. The World Health Organisation (WHO) has voiced concern about the “unprecedented” number of healthcare workers hit by the Ebola outbreak.

More than 120 healthcare workers have died and over 240 others have been infected so far. The disease has killed a total of 1 552 people and infected 3 062 as of August 26, according to the WHO figures. In Guinea, where 430 people have died, nurses told Agence France-Presse that they lacked basic medical equipment to treat patients and had even bought items such as gloves and protective clothing themselves.

In Senegal, doctors were treating a young Guinean man who became the country’s first confirmed case of the disease. He was said to be in a “satisfactory” condition in hospital on Saturday. The case lends credence to fears that the haemorrhagic fever, for which there is currently no vaccine, is spreading rapidly.

Stockholm authorities on Sunday said a suspected case of Ebola had been discovered in the Swedish capital. A local health specialist told AFP the patient was from an African country and had arrived in Sweden several days earlier.

Over 20 000 could be affected
At current infection rates, the WHO fears it could take six to nine months and at least $490-million to bring the disease under control, by which time over 20 000 people could be affected. In Liberia, which has been hardest-hit by the outbreak with 694 deaths, the government has denied permission for any crew to disembark from ships docking at any of the country’s four ports.

Medical screening of passengers was also causing long delays at Monrovia’s international airport, but a 21-day quarantine around the city’s West Point neighbourhood was lifted on Saturday.

Air travel to West Africa has been badly hit by the disease. Eight of the 11 international airlines serving Monrovia have suspended flights, including British Airways and Air France. The WHO and the Economic Community Of West African States (ECOWAS) have both called for travel bans to be lifted, saying medical screening should rather be used to identify at-risk passengers.

Restrictions, sporadic violence
The Ebola crisis has also cast doubt over a number of international football fixtures involving the worst-hit countries, with qualifying for the 2015 Africa Cup of Nations beginning in mid-September.

Sierra Leone, where 422 people have died so far, named a 20-man squad consisting entirely of foreign-based players for its matches against Ivory Coast and the Democratic Republic of Congo. Ivory Coast’s government has refused to allow the game to be played in Abidjan and has not yet announced an alternative venue. The Ivorians risk forfeiting the match if they fail to show up.

Ebola-linked restrictions have led to sporadic violence in recent weeks. In Guinea, 55 people were injured in the second-largest city, N’Zerekore, after two days of protests this week over a government-imposed curfew.

The WHO has credited public health campaigns, especially in Guinea and Nigeria, for limiting the transmission of Ebola. Guinea-Bissau, currently Ebola-free, on Saturday announced a national hygiene drive, including the cleaning and disinfection of public places, on the last Saturday of every month.

Nigeria, however, has seen its hopes of containing the virus dashed with an outbreak in Port Harcourt. The city is home to a number of global oil and gas majors. Anglo-Dutch giant Shell and France’s Total said the arrival of Ebola had not affected operations. Chevron said it too was closely monitoring developments and implementing “precautionary measures” for its work force. – AFP