Jennifer Lawrence has breasts, and they’re not yours 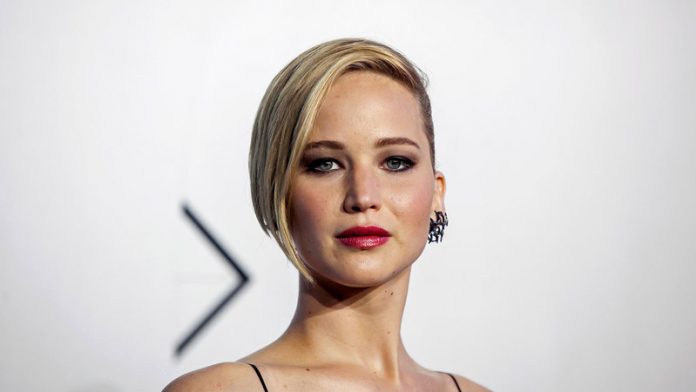 Did you know, when we women take our clothes off, we’re allowed to take pictures of ourselves in the nude – in fact, if we so chose, we could have someone else take the picture for us as well. Did you know that this is okay? There’s nothing shocking or horrific about that.

Women have bodies. That can be naked. That can be snapped. With whatever device we want. Hell, if we so choose, we can pay elaborate amounts of money and send texts to artists that request them to “paint me like a French girl”.

We can do whatever we want with these photos. We can keep them to ourselves. We can share them in whichever way we please depending on who we trust. We can even upload them onto a cloud for backup. We’re at liberty to do all of this.

Nude photos do not make women victims. Thus, nude photos of women are not always the result some dodgy full-time cone filter expert with greasy fingernails, who dabbles in photography and has throngs of women just willing to be objectified at his Lexington cigarette laced beck and call.

Also, when women are nude. They have breasts. Get over it. It’s been that way for centuries. They’re not there for you. They’re not little presents that are available at your disposal for you to get your jollies off of. And if we want to take pictures of them we can.

I mean we should be able to.

But we can’t really, can we? Not yet, anyway. Not without considering a multitude of consequences festered in centuries of misogynistic culture.

heres how not to get your naked photos leaked, dont take them in the first place #JenniferLawrence

Found the nude pics of Jennifer Lawrence a couple of hours ago, now my hand looks like this. pic.twitter.com/HKhZcMR5ON

Was high on Jennifer Lawrence. If you know what I mean.. *wink*

“@BlackVeilKirby: I’m also not jennifer Lawrence’s biggest fan but this is so true pic.twitter.com/xv0L81Nbl3”

The issue here is consent. It’s a lack of trust. More that that, the issue here is the fact that we still live in a world where an infringement of both these things means that women get their choice of consent taken from them because they must be reminded that their sexuality comes at a cost.

I’m sorry but if you’re tweeting Jennifer lawrence’s nudes then you’re vile. her privacy was invaded and it’s just wrong.

It comes at the risk of exploitation and being exposed… for being women. Shock. Horror. We live in a world where women must pay the price of being taken down a peg by a hacker or a this or that, for embracing their sexuality – whatever it is – or expressing their sexuality, in the very same way men do.

If Jennifer Lawrence didn’t want people to see these pictures then she shouldn’t have taken them in the first place. No sympathy at all.

We live in a world where boobs are the best and also the worst. Millions of men will share and stare and jot out to buy another bottle of lotion and banter about the “shameful” bare bodies of women they still feel they are so entitled to.

We still live in a world where as women, all of this backlash, abuse and “shame” must still be considered and endured and we must constantly be reminded of that before acting in line with or embracing anything vaguely sexual, because shit… we have breasts.

When you’re hacked on WhatsApp