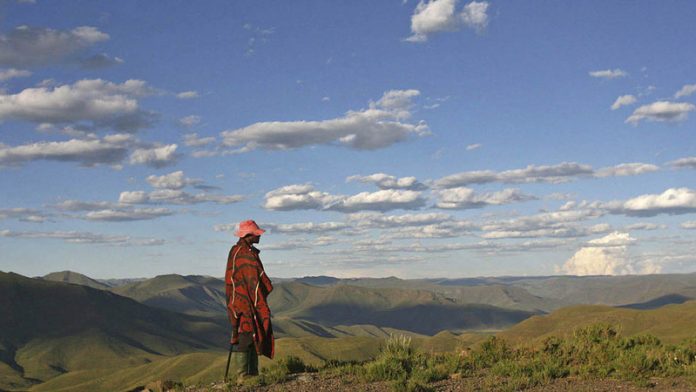 It is often said that legions of American children, 70 years into the age of the supermarket, are shocked to learn that the milk in their cereal comes from cows, not high-density polyethylene bottles. Similarly, teachers on the South African highveld often joke that their pupils, when asked where Johannesburg’s water comes from, confidently answer: “Taps”. One would hope that the teachers themselves know that the water originates hundreds of kilometres away, in a series of vast dams in the mountain kingdom of Lesotho.

But how many South Africans know much more about the Lesotho Highlands Water Project than the fact that it supplies what has come to be known as white gold?

Signed into life in 1986, the three major purposes of the multibillion-dollar, multidam water project, writes Yvonne Mort-Braun in the paper Doing Development, are “to transfer water from the rural highlands of Lesotho to the industrial centre of South Africa (Gauteng), to provide Lesotho with hydroelectric energy, and to ensure the environmental sustainability of the project areas and the restoration of the living standards of project-affected people”.

Two of the dams built to date – Katse and Mohale – caused the resettlement of thousands of Basotho. Were their living standards “restored”? The body of research on the social impacts of the project suggests, by and large, that they were not. In his book Unsustainable South Africa, for example, Patrick Bond quotes from Highlands Water Project relocatee Masimelelo Tau’s testimony before the 1999 World Commission on Dams.

“When we research at our [new] destination, we found that there is no water until now. We have a great problem of water at the new village. We get water from the river by wheelbarrows.”

Unhappy ‘relocatees’
In two books published by the Transformation Resource Centre, The Irony of White Gold (2004) and On the Wrong Side of Development (2006), the testimonies of dozens of deeply unhappy “relocatees” are recorded. Both books conclude in similar vein:

“… years after the completion of resettlement, the poverty of the communities affected by the [water project] has worsened … Death rates are higher [and] the communities have been dying from HIV/Aids in especially high numbers.”

Thamae Lenka says that displaced locals have not been trained or developed, as promised. (Patrick Burnett, IPS)

When I travelled to Lesotho last month, it was to find out whether the social flux caused by the Mohale Dam development had in fact been any better handled than the social upheaval caused by the Katse Dam. Katse had displaced 300 families and Mohale 400, and with development of the largest of the dams under way (Polihali Dam, launched in March and likely to affect a total of 3?312 households), the question of whether the LHDA has learned from past experiences seemed a vital one.

The obvious place to start was Ha Mohale, the resettled village that lent its name to Phase 1b of the water project. I was taken there by Anna Moepi, the treasurer of an organisation called Survivors of Lesotho Dams and a relocatee herself. With us was Tom Mahlakeng, the chairperson of the organisation and the sort of man who can convene an unscheduled pitso (community gathering) at 10am when people have far better things to do.

Reluctant to speak
The villagers were reluctant to speak at first, as Sofonea Shale of Development for Peace Education had previously warned me they would be. “What more is there to say about the [water project],” he said, “except that you [South Africans] came, you stole our water and you left,” he joked.

With more gravity, Shale said that hovering above the project since its inception had been this “total sense of powerlessness”.

“You will soon be talking to some people who have lived under this cloud for a decade and it might seem that they are hesitant to talk but really, it is just that they have lost hope,” he said.

One after the other the inhabitants of Ha Mohale told their stories, about how the water project had promised communal compensation that would see to the electrification of the village, only to disburse just a small fraction of the promised amount – enough to chase wires into the walls of the houses but not enough to connect the houses to the ­electricity grid. Chief Mohale said a road had been promised but, as I would have seen, little more than a donkey track led to the village from the main road.

At the same time, several of the villagers claimed they had been better off before the main Mohale road had opened up the area to soldiers and police, who now prevent the cultivation of the area’s historical ­cash crop, marijuana. Grievances came fast and there was no way of vetting them, except to look around and see that there was no electricity and that the water pumps installed in the village did not work, though Mohale Dam shimmered at the bottom of the slope.

The most depressed communities I met were those that had been relocated from highlands villages to ­communities on the outskirts of Maseru. A group relocated to the suburb of Thetsane had gathered in the sun in the yard of their nominal leader, chief Natahniel Sentje.

These individuals had not been displaced by the dam but by the road leading to the dam, and were thus not of the same village. They now found themselves living among strangers, unified only by shared complaints: the now six-year wait for compensation, cracks in their walls and disgust at the way effluent from a nearby textile factory coursed in a stream they had wryly nicknamed “blue river”.

What to make of these stories? I tried to set up a meeting with the LHDA but was rebuffed again and again. Moepi said I need to speak to “ntate Lenka” at the Transformation Resource Centre, and so we went there. Thamae Lenka, whose involvement with water project-affected communities goes back decades, said: “Allow me to bring the balance: the Lesotho Highlands Water Project has undoubtedly provided massive opportunity for the country, resulting in roads where there never would have been any, and so forth.”

Then he put the knife in.

‘No end’
“This is a story,” he said, “with a beginning but no end. It is the story of the people and their grievances, complaints, concerns … the story of not being developed, of not being empowered or trained to be anything other than what they were, but can no longer be because the [water project] has turned their worlds upside down.

“The emphasis of the LHDA,” he continued, “has been merely on moving people out of the affected areas, and as such there is hardly anything to show that is a substantial developmental milestone. If you ask me now: ‘Have the socioeconomic conditions of these people improved?’ I’d say to you their lives have not changed; they have worsened.”

Lenka fished in a drawer for the Lesotho ombudsman’s Mohale Inquiry of June 2006, and the Ombudsman’s Inspection of Compliance in the Mohale Areas reports from 2007 and 2008.

“There’s no need to take it from me,” he said, and read from ombudsman Sekara Mafisa’s latest report: “I regret to have to state that once again LHDA … has manifested its true colours towards the problems it created for the people affected by its operations – cold insensitivity and callousness. Very, very little has been done in answer to the complaints lodged with the ombudsman by the affected people and households.

“This is a situation that persists today,” said Lenka, closing the report.

His organisation, he said, had repeatedly raised with the LHDA the issue of the ombudsman’s judgments in favour of affected communities and individuals, and the fact that most of these had simply been ignored, even as the implementing body was pushing on with its Polihali Dam resettlement plans.

“Last year we succeeded, through the courts, in compelling the LHDA to provide water and electricity to 76 households. This is a drop in the ocean, though. For most, life after the [water project] literally remains a case of water, water everywhere, but not a drop to drink,” he said.