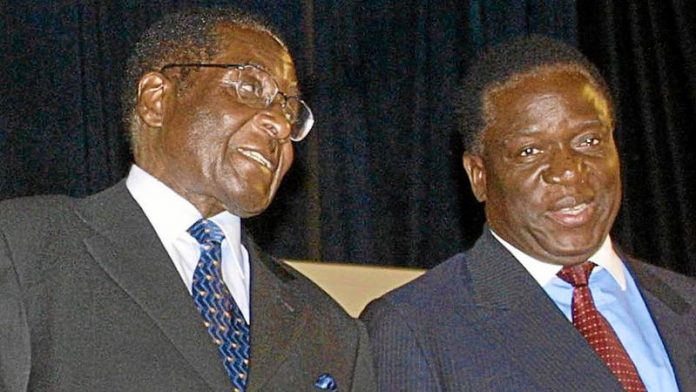 Infighting in Zanu-PF has compromised President Robert Mugabe’s perceived neutrality as he is increasingly seen as having joined hands with a faction led by Justice Minister Emmerson Mnangagwa in its quest to derail Vice-President Joice Mujuru’s quest to succeed him, Zanu-PF insiders and political analysts have said.

Sources who attended the Wednesday Zanu-PF politburo emergency meeting told the Mail & Guardian that Mugabe did not come out guns blazing as had been expected but instead called for unity of purpose in the party.

Although party officials loyal to Mnangagwa highlighted a number of anomalies observed during the youth league and the women’s league conferences, those aligned to Mujuru maintained the problems were being ­exaggerated and some were outright lies. Mugabe suggested that the outcome of the conferences be upheld to avoid further disharmony.

The party’s chairperson, Simon Khaya Moyo, was tasked to look into the grievances and disciplinary issues of youths who claimed they were being targeted for campaigning for the first lady.

Mujuru has control of key Zanu-PF organs ahead of the party’s congress in December, which is seen as crucial in determining who eventually takes over from Mugabe (90) should he be incapacitated, retires or dies before the expiry of his term in 2018.

Party officials said the Mugabe-Mnangagwa alliance was using youths and members of the party’s women’s league to achieve its goal although they have different agendas.

Three weeks ago, Mugabe took senior party officials to task, among them Mujuru and her ally, Moyo, over allegations they had interfered with the youth league elections after youths aligned to the Mnangagwa camp had complained about the manner in which the conference was held.

Youths loyal to Mujuru won the critical executive positions during elections that were marred by allegations of vote buying.

Mugabe also castigated senior party officials for failing to prepare adequately for the conference and warned that some senior officials risked losing their positions at congress.

Youths welcome Mugabe
Seemingly buoyed by Mugabe’s support, youths aligned to Mnangagwa mobilised themselves to welcome Mugabe back from China on Sunday when he arrived at Harare International Airport, where they briefed him about developments that occurred in the country during his absence.

Among other things, the youths wanted to tell the president that they were being persecuted for supporting his wife Grace and also inform him about a plot to oust his wife from Harare Province.

Although on arrival Mugabe said the airport was not the ideal venue for him to meet the youths, he acknowledged their grievances and told them he had called a politburo meeting to look into how the youth conference was organised, as well as interference from party bigwigs.

He also took a swipe at the pro-Mujuru Harare leadership for attempting to block Grace, saying the capital city was for all Zimbabweans before revealing he would take action against those who did not want his wife in the Harare structures.

“I said I wanted to hear why she is being removed. And where will she go? But I also want to hear where this person who calls himself emperor of Harare gets his powers. We don’t want that kind of behaviour,” he said amid cheers from the youths.

The women’s league, led by a key member of the Mnangagwa ­faction, Oppah Muchinguri, has recommended that Grace takes over the leadership of the league, a move that was seen as a ploy by the Mnangagwa faction to rope in Mugabe.

Grace Mugabe
In recent weeks, Grace has been fighting to be admitted into the party’s Harare Province. Despite the women’s league nominating her to head the organisation, she is not in Zanu-PF’s provincial structures and is desperately seeking a provincial political home to legitimise her entry into politics.

If Zanu-PF rules and regulations were to be strictly followed, Grace would not qualify to lead the women’s league because she is not in party structures and has not served the party for 15 consecutive years, including five years at provincial level. She needs to belong to a ­political province like all other party officials in the central committee.

Politburo members aligned to the Mujuru faction, who spoke to the M&G on condition of anonymity, said recent events in the party, including Grace’s entry into active politics with the support of the Mnangagwa faction, were evidence of a Mugabe-Mnangagwa alliance.

“There is an alliance of some sort. The common goal is to stop Mujuru, although it’s likely that they have different agendas,” said a senior official. “Grace has not hidden her dislike for Mujuru, who she does not believe will protect her family and business interests when Mugabe is gone. The president is therefore fighting at the behest and in the interest of Grace and his family.

“Mnangagwa, on the other hand, has lost a lot of ground to Mujuru and he believes an alliance with Mugabe will bring him back into the picture.

“This is the reason why Oppah and Mnangagwa faction youths have been so vociferous in support of Grace. They are seeing Grace as their way back into reckoning and, believe me, it’s not because they love her.”

Alliance ‘compromises Mugabe’
University of Zimbabwe political science lecturer Dr Eldred Masunungure, who maintained that Mugabe has always had a faction of his own, said it was clear that Mugabe and Mnangagwa had joined hands.

But the alliance had also compromised Mugabe because he is no longer seen as a neutral person and has thus lost the respect of some party members, he said.

“What is happening now is the reconfiguration of the party along factional lines. There is a new alliance between Mugabe and Mnangagwa factions so that we have a bigger and more powerful alliance capable of toppling the Mujuru faction,” he said.

“But this alliance also compromises Mugabe because his strategy has always been to appear as though he is standing above the factions, and he has used that to balance the factions in a seesaw-like manner. When one faction appeared to be on top of the hill and the other appearing to be down and out, he has always dropped the faction near the top to ensure that none of the factions rises. Now with the entry of his wife, with the support of the Mnangagwa faction, he cannot pretend to be neutral and this compromises him as he is no longer able to do the balancing act.”

Masunungure said, although the Mujuru faction had made a lot of headway, the Mugabe-Mnangagwa alliance had the capacity to overtake them.

The Mujuru faction had seized control of the Zanu-PF structures including grassroots and middle-level structures, he said, but Mugabe’s influence could help turn the tide.

“Mnangagwa is weak at grass-roots level but Mugabe can compensate. Ahead of congress we are likely to see tours by the first lady or her proxies going around the country meeting people at grass-roots, but it’s difficult to tell who will come up tops because politics is a mystery game,” he said.

“Grace’s entry was a game changer but there could be more game changers between now and December, so the outcome of this alliance is indeterminate.”

Masunungure said indications were that the Mujuru faction was prepared to fight the Mugabe-Mnangagwa onslaught, as was shown by the reaction by Zanu-PF spokesperson Rugare Gumbo after Mugabe’s outburst at the airport.

But in an unprecedented move Gumbo sent media houses a press statement on Monday in which he said Mugabe was being ­misinformed. Those misinforming the president were pretending to love him and yet they had sinister motives, including effecting regime change in the party, he said.

Gumbo’s move was seen as being a challenge and a warning to Mugabe that the Mujuru faction would not take his manoeuvres lying down.”Now with the entry of his wife, with the support of the Mnangagwa faction, he cannot pretend to be neutral and this compromises him”