The many layers of Nonkululeko Phiri 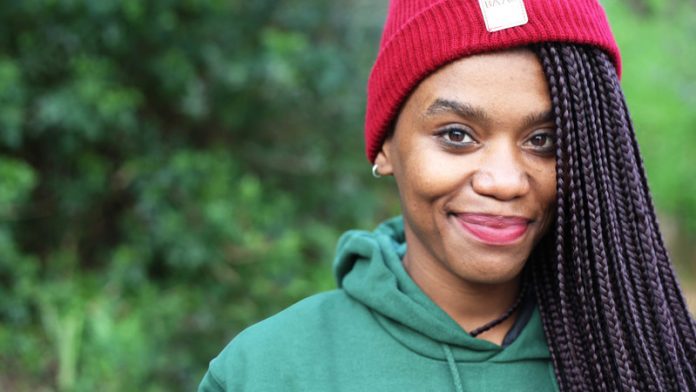 Twenty-six years ago at 8am, maybe 8:08am, or perhaps it was more around 7am, Nonkululeko Phiri was born. More than two decades have since passed, a lapse that can mess with memory, so one can’t really blame her mother for not being 100% certain about the exact time.

The era of oppression was waning when her mother christened her. Freedom. That’s the direct translation. A loaded epithet if there ever was one, containing the hopes of a family and a people. “I am Nonkululekoesque; it’s evident in my personality. I’m a little crazy. I think allowing myself that is also part of the freedom,” says Phiri.

A few months ago the petite singer was performing at Straight No Chaser, formerly known as the Mahogany Room, for Design Indaba. Her husky, crooning voice charmed both first-time listeners and old-timers well versed in her music. With a mic in her hand, depending on the track, you may have glimpsed her alter ego, JungFreud, coming out to play.

Dissociative identity disorder is an attribute psychologists associate with a person who has at least two separate personalities. So it doesn’t seem out of line to query the existence of JungFreud as being of offside origins. She reassures me that it’s not nearly that serious.

“Before [electronic rap outfit] P.H.fat split — even before [Rocking] the Daisies — we were having this chat that basically birthed JungFreud. It’s a persona that pretty much started out as a joke. I was sharing my skills on singing, you know — breathing and projection, that sort of thing — with Smooth Mike [Zietsman]. And he was giving me some rapping tips.

“I’m into Carl Jung. He’s into Sigmund Freud. So we were delving into these guys’ philosophies, breaking them down, interrogating them. We were questioning stuff from both camps.

A lot of Phiri’s past work has been created through collaborations. She says that making music is always a very organic process for her.

Intricate: like putting together the anatomy of an onion, one layer at a time.

“I think people might find working with me to be a bit of a nightmare — or at least a little confusing,” she says. “I like layers. I like to freestyle and build the music around that, rather than writing everything down all the time … Collaborating has offered me the opportunity to grow as an artist. It’s a huge risk, but I’m glad I never backed down from it. It’s about being able to find your voice, to do whatever you want to do creatively without being scared about making mistakes.”  Most artists trying to make it in the unyielding music industry generally make the move from Cape Town to Jo’burg — not the other way around. “The quality of life between here and Jo’burg isn’t comparable. I’ll admit to getting frustrated with this city and how slow it is, but that actually gives you time to think things through. I think I would have made some bad decisions if I’d stayed there.”

It was 2011 when everything happened. Phiri had just completed her undergraduate studies in art direction at Vega. Things with Crazy White Boy were picking up — they were working on the hit Zoma and pulling off as many as three gigs in a given weekend. She was trying to be a diligent employee at her first job as a graphic designer while fitting in studying when most people were in REM. “I’d do my nine to five, Monday to Friday. And then fly from Cape Town to Jo’burg to go gig and get studio time in. I was trying to fit in my studies too. Something had to give and it wasn’t going to be school or the music. It wasn’t an easy decision, but it is one that I don’t regret. My solo project’s coming out soon,” she says.

“It’ll be different from my earlier work because I’m in a different place now. It won’t be what people know — it’ll be outside of the realm of what they expect.

“Think experimental: an eclectic mix of all the things that influence me. It’ll be very different — but not so different. Does that make any sense?”