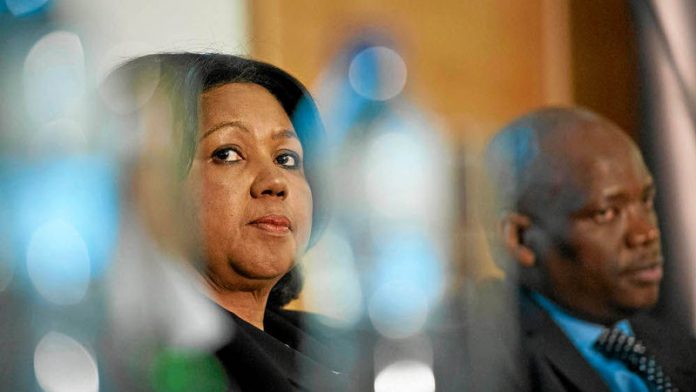 The inquiry set up by Parliament’s oversight committee on communication is expected to begin on September 16, and Tshabalala is likely to be suspended from the SABC board during the investigation as proposed by the Democratic Alliance (DA). However, the committee will only make the call on her suspension at its next meeting on September 16.

City Press newspaper reported in July that Tshabalala misrepresented her qualifications on her CV when she applied for a position on the SABC board in 2013. Following the newspaper reports, and on a request by the DA, the portfolio committee asked Tshabalala to furnish Parliament with her response to the allegations for them to make an informed decision on the matter.

Tshabalala didn’t meet the first deadline, which was August 11, to respond to the committee by submitting copies of her qualifications. She instead asked for an extension of the deadline for her to submit the required information. Parliament obliged and gave her until August 26 to do so.

“She said she was making further inquiries about her qualifications and that she awaiting response [from the institutions]. This after we gave her an extension to submit the proof,” said Moloi-Moropa.

She said the committee would invoke Section 15 of the Broadcasting Act and constitute an inquiry into whether Tshabalala has got the qualifications, which she claimed to have in her CV. Section 15 of that Act is about the removal from office of board members. It states: “The appointing body may remove a member from the office on account of misconduct or inability to perform his or her duties efficiently after due inquiry and upon recommendation by the Board.”

The committee will compile a report for the National Assembly. The Assembly will then decide what to do with Tshabalala. The process of appointing SABC board members is done by the portfolio committee. It includes making calls to the public to nominate people for the board, shortlisting and interviewing the nominated candidates.

A sitting of the National Assembly would then adopt the names that the portfolio committee agrees upon and recommend them to the president, who then appoints the SABC board. Moloi-Moropa said the committee had deemed it fair and proper to afford Tshabalala an opportunity respond to the allegations.

“As the committee we are obligated by law to ensure fairness and impartiality when dealing with any allegations including these ones. Much work has already been done with the Parliamentary legal services unit on this matter,” she said.

Inquiry welcomed
The DA MP, Gavin Davis who requested that the portfolio committee investigate the matter welcomed the decision to conduct a formal inquiry.

“There is strong prima facie evidence that Ms Tshabalala lied to Parliament about her qualifications during the application process,” said Davis. In the curriculum vitae submitted to Parliament, Tshabalala claimed to have a B.Com and diploma in labour relations from UNISA; and a letter from UNISA’s legal department, in the DA’s possession, indicates that Tshabalala has neither a degree nor diploma from UNISA, said Davis.

Tshabalala was appointed chairperson of the SABC board in September 2013, having acted in the position for six months before the full time appointment.