Secret state of SA: Too many unknowns 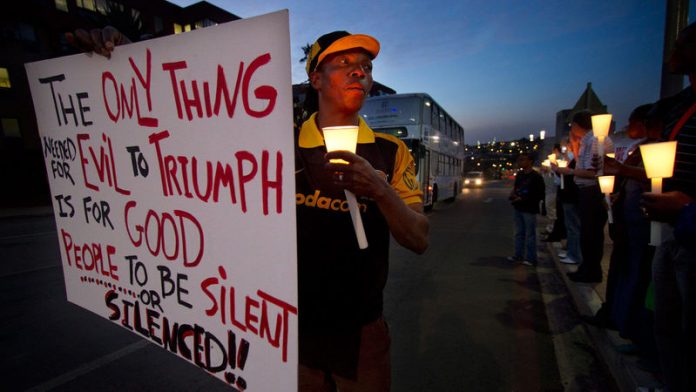 There is a clear decline in the willingness of state departments and organisations to provide the information they hold, information they are arguably required by law to share. Something is badly wrong with the amount of electronic surveillance formally conducted by the state. National Key Points – a problem in themselves – are being abused to suppress dissent. State security is being used to shield President Jacob Zuma. Political parties remain free to sell South Africa’s sovereignty unchecked.

Those are some of the known problems the Right2Know Campaign identified this week in its Secret State of the National Report, an annual measure of trends and problems in secrecy.

Twenty years into democracy, the R2K campaigners said, the rights necessary to access information and speak out about problems are in a worse practical state than they were in the 1990s – and that requires action.

“South Africans must continue to challenge the increasing power and influence of the country’s securocrats in our politics and in our daily lives,” the report implores.

The problem, however, is that trends can only be vaguely discerned and threats to democracy only speculated at – because when it comes to secrecy, there are too many unknowns.

Among the information lacking and problems with reporting R2K catalogue are:

Even so, activists said, trends can be discerned. Between 2009 and 2013 the number of legal requests for information that was fully honoured had halved. Between 2007 and 2014 the number of installations and buildings apparently requiring draconian security protection increased by 75%.

In contrast, the number of legal requests to intercept electronic requests plummeted between 2011 and 2013, either indicating that interception either happened without authorisation or that crime intelligence is no longer operational – or perhaps that electronic surveillance was found to be of little use in combating crime.

And then there is the frequency with which ministers responsible for intelligence and security, the so-called security cluster, have recently intervened in everything from decorum in Parliament to investigations of Zuma’s Nkandla homestead.

“The encroachment of the security cluster into democratic political life should be seen as deeply troubling,” the report reads.