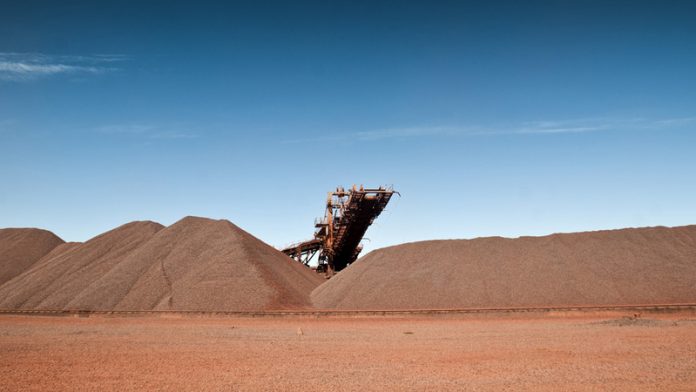 Goldman Sachs is calling it the end of the iron age, and indeed analysts believe the share price of JSE-listed companies, with income that is largely dependent on iron ore, will continue to come under pressure for some time to come.

Evidence of a decline has been on the cards for the past two to three years, led by decreased demand for the commodity and a growing surplus of iron ore, an analyst said.

But the suddenness of the decline appears to have taken analysts globally by surprise, as ramped-up production by big suppliers such as Rio Tinto saw production capacity catch up with demand faster than expected.

Kyle Dutton, a broker at Mercato Financial Services, said these cycles usually last about five to seven years. He said iron ore prices had been declining for about two to three years.

Tapering demand
The Stanlib head of resources, Sholto Dolamo, said the iron ore companies would carry on seeing the effect on their share price of global market reaction to tapering demand and increasing supply for at least the next six months.

But he believes there will be a correction in the market prompted in some respects by the smaller players, who cannot weather the storm, being pushed out.

“The share prices of the likes of Kumba Iron Ore, Exxaro and African Rainbow Minerals can expect to come under pressure because a huge component of their earnings mix comes from iron ore,” he said.

He believes that iron ore prices will recover slightly after reaching a five-year low on the JSE at the start of September but would not return to the record prices seen previously, particularly as data emerges of a weaker Chinese economy than expected.

“We believe there has been an overreaction by the markets to the surplus of iron ore and that the price will correct marginally upward over time.

“The decline has been expected for some time, with analysts expecting to see a slowdown in consumption and high supply from the likes of China and Australia,” Dolamo said.

“Of course, any other negative data, like evidence of a further slowdown in Chinese growth, would have a negative effect on the share price of iron ore producers and the commodity.”

Low-cost output
The prices for iron ore tumbled as big producers expanded low-cost output, betting higher volumes would more than offset falling prices and that this would lead to the closure of smaller mines with less cash in the bank.

Bloomberg on Wednesday quoted Goldman Sachs as saying the decline in prices came sooner than expected. It had predicted last November that iron ore would probably drop about 15% this year.

“The reduction in prices could force the smaller players out of the market, while the larger companies still have margins they can squeeze and wait for things to improve,” Dutton said.

“Larger companies have the resources to sit it out, although they may need to be more careful about costs.”

He said companies such as BHP Billiton, Rio Tinto, Vale and Fortescue Metals Group were not as badly affected. They were still benefiting from their output costs, which were still offsetting the plunging prices.

After announcing weak financial results for the first half of 2019, the steel manufacturer is planning to cut more jobs to be able to operate
Read more
Business

The fickle nature of commodities is shown starkly in the Northern Cape town of Kathu, whose fortunes rise and fall with the iron ore price.
Read more
Business

Support is growing in Australia for a parliamentary investigation into oversupply of the metal as prices continue to fall.
Read more
Business

Chinese government subsidies will keep alive mines that should have been shut down.
Read more
Business

The introduction of a subsidy by the world's largest steelmaker may further hurt prices that fell to a 10-year low last week.
Read more
Business

The Ebola epidemic and falling commodity prices have signalled a need for economic change in the West African country.
Read more
Advertising
Continue to the category
Politics