Ramaphosa steps in to defuse Lesotho 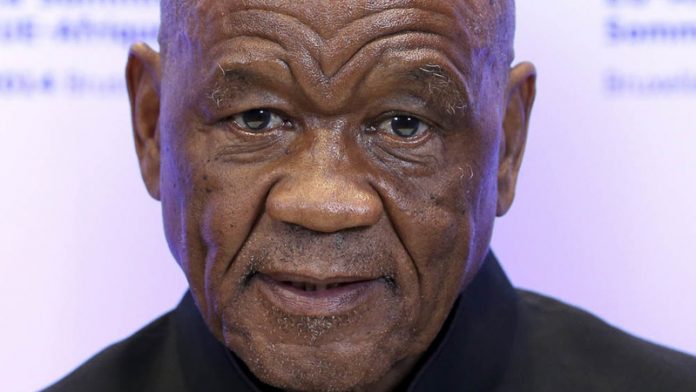 Ramaphosa is due to arrive in Lesotho on Friday (September 12) to continue co-ordinating the talks between the warring tripartite Lesotho government leaders. He will have to heal the rifts between Lesotho’s Prime Minister Thomas Thabane, his deputy Mothetjoa Metsing and Sports Minister Thesele ‘Maseribane. Thabane and ‘Maseribane are said to be allied against Metsing.

Metsing’s gripe is that Thabane – who unilaterally advised King Letsie III to suspend Parliament for nine months in June – should reopen it, but the prime minister and sports minister believe it should remain closed until security concerns have been dealt with.

Metsing’s Lesotho Congress for Democracy is in coalition government with Thabane’s All Basotho Convention and ‘Maseribane’s Basotho National Party.

Communications Minister Selibe Mochoboroane told the local media this week that “no solution has been reached”.

Part of a solution
Zuma had suggested to Thabane that he reopen Parliament as part of a solution to the problems that led the army to attempt to topple him last Saturday. It followed the announcement on local radio stations that army commander Lieutenant General Tlali Kamoli had been removed and replaced with Brigadier Maaparankoe Mahao, who at the time was still under suspension and facing a court martial.

King Letsie, on the advice of Thabane, elevated Mahao to the army command and promoted him to lieutenant general. The army staged a coup that same night.

Thabane and ‘Maseribane then fled to South Africa when the army raided their houses.

The army, under the leadership of Kamoli, surrounded the police headquarters and a major police station in the northern outskirts of the capital Maseru, where they found weapons.

One police officer was shot dead and nine others are said to be severely injured.

Acting in concert
Metsing is believed to be behind the coup, acting in concert with the main opposition, the Democratic Congress. They are said to be planning to pass a vote of no confidence in Thabane when he reopens Parliament.

Police commissioner Khothatso Tsooana said the army had demanded dockets containing information of a fraud case in which Metsing is accused of involvement with the disappearance of R53-million.

Metsing is also in a legal battle with the Directorate on Corruption and Economic Offences and Nedbank Lesotho, questioning why the bank released his personal financial information to the anti-graft body. His fraud case is pending before court.

Mochoboroane, a national executive committee member of the Lesotho Congress for Democracy, is also cited in the charges.

After Zuma’s suggestion that Thabane should go back to Lesotho to reopen Parliament, a recommendation also made by the South African Development Corporation (SADC) envoy and Namibian President Hifikepunye Pohamba, Kamoli was rumoured to have taken weapons and fled into the mountains to prepare for an insurgency. There have been reports that Kamoli was spotted this week in Maseru, the SABC reported. He denied he had been in hiding and said he had not taken weapons from the defence force’s armoury.

Army denial
The Lesotho army has denied reports of insurgency and that it attempted to topple Thabane. It has instead accused Thabane of trying to turn what is a political crisis into a military one.

Lesotho Defence Force spokesperson Major Ntlele Ntoi said: “There are people who are trying to have a political problem solved militarily by inviting military intervention.”

“Don’t think SADC is clinging to that,” Ntoi said on Monday.

Ntoi and eight senior army officers are on the wanted list of the police for alleged involvement in the bombing of Tsooana’s home and Thabane’s lover’s home in Maseru earlier this year.

But Kamoli has refused to hand the army officers over to the police for questioning.