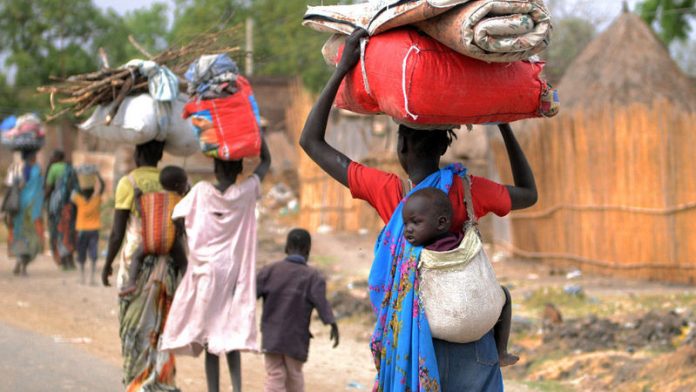 A move by South Sudan to turf out foreign workers has been met with shock, consternation and dire predictions that the country is being led towards total collapse.

On Tuesday the government ordered “all non-governmental organisations, private companies, banks, insurance companies, telecommunication companies, petroleum companies, hotels and lodges working in South Sudan … to notify all aliens working with them in all positions to cease working” within a month.

It said the resulting vacancies, ranging from receptionists to company directors, should be filled by government-vetted South Sudanese nationals.

Purportedly designed to “protect the rights and interests of the people of South Sudan”, the move comes nine months into a brutal civil war that aid agencies say has pushed the world’s youngest nation to the brink of a man-made famine.

According to the United Nations, 1.3-million people have been displaced internally, and many of them are dependent on the free food, shelter and healthcare delivered by a network of international aid groups.

Devastating restrictions
Aid agency Oxfam, which provides help ranging from clean water to food for people living in appalling conditions, said the restrictions could be devastating.

“It would massively disrupt aid programmes across the country, which feed over one million people,” said Oxfam humanitarian co-ordinator Tariq Riebl.

“South Sudan is on a knife-edge and could easily tip into famine in 2015. We need to be expanding aid programmes in South Sudan, not restricting them.”

Medical humanitarian aid organisation Medecins sans Frontieres said it has been trying for months to recruit South Sudanese midwives but had been unable to fill the “chronic vacancies”.

Skilled workers
Tens of thousands of skilled workers from regional neighbours, including Ethiopia, Eritrea, Kenya, Sudan and Uganda, are in the country and together they run South Sudan’s mobile telephone network, banking sector, upstream oil activities, hotels and other key infrastructure.

South Sudan suffers from a major shortage of skilled workers, with only about a quarter of the population able to read and write.

Mwangi Kimenyi, a senior fellow and director of the Africa Growth Initiative at the Brookings Institution, said South Sudan appeared to be treading a path already taken during one of the darkest periods in Africa – the rule of Ugandan dictator Idi Amin.

“The decision by the government is clearly a stupid one. It lacks any sound basis, and it runs counter to any informed and developmental-minded leadership,” Kimenyi said. He failed to comprehend how a “struggling economy would take actions that accelerate the downward spiral of economic growth and human development”.

“Such a move reminds us of the action by Idi Amin, who, early in his reign, expelled foreigners and even seized their investments. The consequences of such actions, namely the collapse of the Ugandan private sector, are well-known.”

“A person cannot just wake up one day, go to an office and with a stroke of a pen issue an order – no discussion, no change to labour laws, no debate on immigration, nothing,” he said.

“Should Kenyan and Ugandan teachers, for example, be expelled while we do not have any local teachers? Think before you act, people.”

There are signs that the South Sudanese government may already be backpedalling.

“We are asking organisations to consider those positions where South Sudanese qualify. Where they don’t let the foreign workers do the job,” he was quoted as saying.

Fighting broke out in the oil-rich country, also the world’s youngest nation, in December 2013 following a clash between troops loyal to President Salva Kiir and those in favour of his former deputy, Riek Machar.

The war spread rapidly across the country and has been marked by widespread human rights abuses and atrocities by both sides. It has exacerbated the human resources problem by causing a major brain drain. – AFP