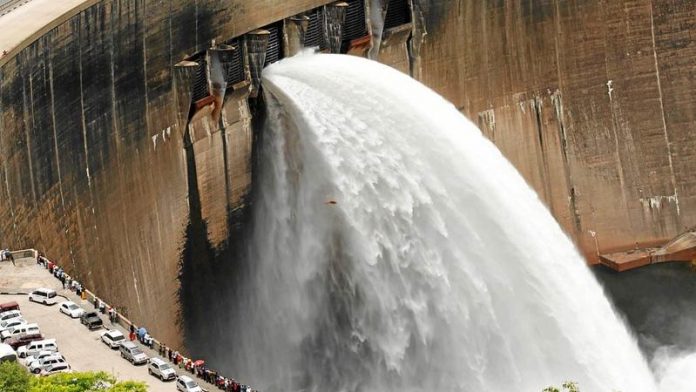 The project was launched by President Robert Mugabe in Kariba a fortnight ago. Mangoma and Biti, who were part of the team that negotiated the deal during the inclusive government era, say there is no justification “other than corruption” for the cost escalation.

After feasibility assessments, the Kariba South deal was signed at a cost of $370-million.

Mangoma was energy and power development minister and Biti was finance minister at the time.

“The original figure was $370 million, with the Chinese loan being $320-million, while the Zimbabwe Power Company [ZPC] was supposed to find the balance,” said Mangoma. “The Chinese were meant to provide 85% of the funding, with Zimbabwe providing 15%.

“The Chinese loan has remained constant but the ZPC cost has suddenly ballooned and my opinion is that this is because of corrupt people who want a piece of the action.

It can only be corruption and the government should explain what is going on.”

“The feasibility study detailed what needed to be done, item by item. The contractor also did the same thing and came up with a cost structure during negotiations. There is no reason for anything to vary. The cost variance can only be attributed to corruption.”

Biti said the costs could have been reduced, given that Zambia is building a similar project for less money.

Zambia is expanding its power- generation capacity at Kariba Dam, which it shares with Zimbabwe, at a cost of $278-million.

On completion, the Kariba South project will feed an additional 300 megawatts into the national grid. The project involves building two 150MW power-generating units, to be added to the existing six 125MW generating units. It is expected to increase the total capacity at Kariba from 750MW to 1?050MW by 2017.

The project is expected to ease power cuts in Zimbabwe, which has had an acute power shortage for many years. The Zimbabwe Electricity Transmission and Distribution Company has had to regularly cut power, which has resulted in households and industry going for several hours without electricity daily.

Biti said that although more work needed to be done on the Zimbabwean side of the dam than on the Zambian side, the cost should not have escalated as much as it has.

“I went to China in April last year to negotiate … because I felt even the cost agreed [on] by the ministry of energy could have been reduced. We want the project, but not corruption. There is no justification for the increased cost.”

Other projects
Biti also said there were signs that the costs of other projects, including the Chinese-funded rehabilitation of the Beitbridge-Harare and Harare-Chirundu highways may also have been inflated.

Earlier feasibility studies indicated that it would cost $700-million, but Biti said indications were now that the deal would cost more than $1-billion.

Zimbabwe Power Company deputy board chairperson Patrick Zhuwao said he could not comment on the power station costs and referred questions to the chairperson, Herbert Murerwa, who was not immediately available. Energy Minister Dzikamai Mavhaire was also not available for comment.

But Zimbabwe Congress of Trade Unions economist Dr Godfrey Kanyenze says there is no reason for Zimbabweans to celebrate, because the deals were negotiated in secrecy and no one knows what Zimbabwe gave in return.

“If these deals were done in a transparent and accountable manner we would be in a position to know whether to celebrate or not,” he said. “At the moment people are suspicious because we know the country is desperate and therefore vulnerable [and] … we may parcel out our natural resources for a song.”

Kanyenze said government should have canvassed the opinion of business and labour before signing the deals, and that Parliament should exercise its oversight role by scrutinising them.