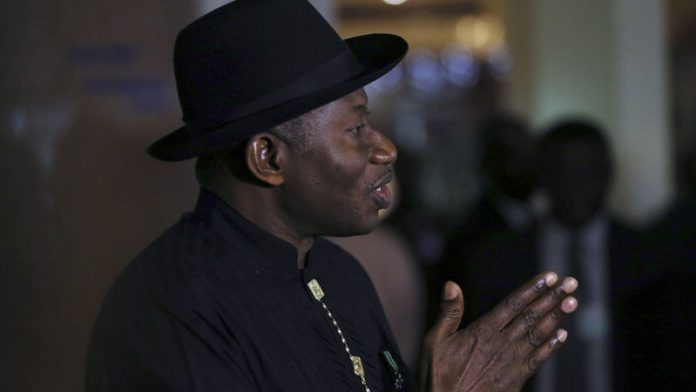 Nigerian President Goodluck Jonathan visited the collapsed guesthouse at a mega-church in the economic capital of Lagos on Saturday, vowing to investigate the cause of the tragedy, which left at least 86 dead.

Work was going on to add more floors to the guesthouse at the Synagogue Church of All Nations (SCOAN) owned by televangelist TB Joshua when the building came down on September 12, leaving scores trapped in the debris. Most of the dead were pilgrims from South Africa who had come to see the preacher, a self-proclaimed miracle worker.

“My coming here is to express my personal condolences to Prophet Joshua, the Synagogue of All Nations and of course the bereaved families,” Jonathan said during the visit. The Nigerian leader, who arrived by helicopter at the sprawling church compound in the Ikotun area of Lagos, promised to investigate the cause of the collapse.

He said he would hold talks with the construction industry and state governors on how to prevent a repeat of the tragedy. “We will work with the people to ensure that such an incident does not happen again,” he said.

Jonathan said he deeply regretted that scores of South Africans had died in the tragedy, and that he had already expressed his sympathies with President Jacob Zuma. Ibrahim Farinloye, of the National Emergency Management Agency, told Agence-France Presse the death toll in the incident now stood at 86, up from 84 after emergency teams cross-checked their figures.

“Several rescue teams at state and federal levels were involved in the operations. We sat together and reconciled our figures which has now brought the death toll to 86. But those rescued still stands at 131,” he said. Eighty-four South Africans had been confirmed dead in the incident by the country’s high commissioner to Nigeria Lulu Mnguni.

Forensic experts
He said forensic experts have arrived Nigeria from South Africa to determine the identities of the victims. It is believed that there were 349 South Africans visiting the church at the time of the collapse. T

he church’s leader Joshua, who has blamed the incident on sabotage, is one of Nigeria’s best-known Pentecostal preachers and is referred to by followers across the world as “The Prophet” or “The Man of God”.

He claims to work miracles, including raising people from the dead and healing the sick, and foreseeing disasters. The Lagos state government has accused the church of adding extra floors to the existing structure without approval. It has ordered urgent structural integrity tests on all buildings in the sprawling compound, including the main church, which Joshua says was designed by the Holy Spirit. In a separate incident, police in Edo state, southern Nigeria, said three people were killed when a church building there that was under renovation collapsed on Friday.

“The bodies of three workers hired to renovate the building were recovered from the debris,” state police spokesman Friday Noble Uwoh told AFP. He said five people were rescued. He said the building in the state capital Benin city is owned by Christ Chosen Church of God, adding that the cause of the collapse could not be immediately determined. Building collapses are common in Nigeria because of the use of substandard material and the flouting of construction regulations. – AFP