F1 championship could come down to reliability 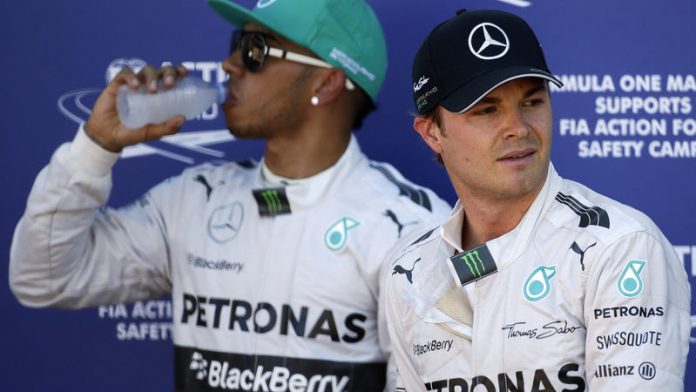 Lewis Hamilton had every reason as new Formula One championship leader to enjoy a Singapore sunrise on Monday – if it wasn’t for the reliability issue at his Mercedes team.

“Rise and shine!!! It’s beautiful here this morning,” Hamilton said on Facebook above a photo showing him at sunrise.

Despite the joy, Hamilton is aware that fate may not be in his own hands in the final five season races because the forced retirement of his team-mate Nico Rosberg – over a failed loom in the steering column – showed that the two drivers can’t take anything for granted despite their season-long dominance. “That shows we still have work to do to get on top of reliability,” Hamilton said.

He seems to have the momentum on his side with back-to-back wins in Italy and Singapore for a season total of seven but Rosberg will be aiming to rebound from what he named “the toughest day for me this year”.

“We need to analyse what happened and to optimise everything further because reliability is our issue this year,” Rosberg said.

Temper and reliability
Mercedes have won 11 of 14 races but Hamilton and the four-time season winner Rosberg have also been forced to retire twice each in the campaign, so it is not out of the question that the pendulum may swing yet again.

“Both are coming to the worrying realisation that ultimately this epic duel will not be decided by moments of individual brilliance or speed. It will instead be swayed by how many more times their respective cars let them down.”

Team principal Toto Wolff acknowledged the problem Mercedes do not need after finally managing to contain the temper of their drivers on the course in the wake of their contact during the Belgian Grand Prix for which Rosberg was sanctioned after Hamilton retired there as well.

“We have a missile of a car this year but these reliability issues keep tripping us up,” Wolff said ahead of a forensic examination of the failed part at the team headquarters.

“We have an excellent team dedicated to quality and we will track down this failure and make sure it does not happen again.”

Wolff said the tight title race will continue to “give us a few more grey hairs” – which the drivers will likely have as well concerning the car.

Rosberg departed Monday for a short holiday in Thailand with his wife to get over the Singapore setback and promised to strike back and regain the lead at the next race on October 5 in Japan.

Defending champion on the podium
Another German, the four-time reigning world champion Sebastian Vettel, had a rare moment of joy on Sunday when he finished a season-best second ahead of his team-mate Daniel Ricciardo.

Vettel is far off the pace in fifth place, 117 points behind Rosberg, and even 57 behind third-placed Ricciardo, but said “It was nice to get the cold champagne on the podium” for only the third time in 2014.

The champion even briefly held the lead when Hamilton had a late pit stop, but the Briton soon stormed past Vettel on fresh rubbers and with superior power to his convincing win.

“It would have made no sense to fight him,” Vettel said. “Imagine you are driving a Fiat Panda and you have a [Porsche] 911 behind you.” – Sapa-dpa