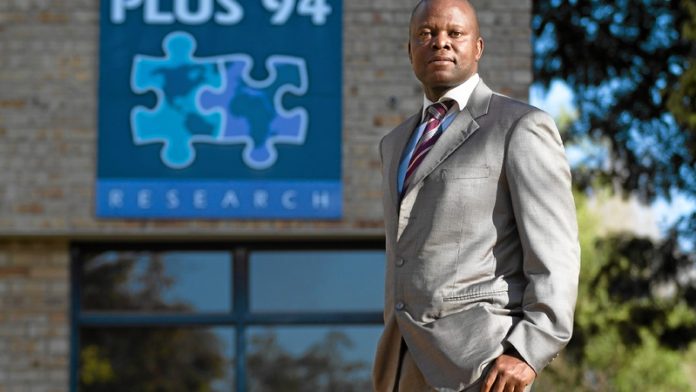 South African consumers generally display a greater propensity to admire successful businesses than their international peers, yet they are a little less bullish than they’ve been in the past few years.

These are some of the outcomes from the 2014 Top Companies Reputation Index, released by Plus 94 Research. The company has been conducting an annual poll of South African consumers’ perception of local companies since 2001. The poll results are being published in partnership with Mail & Guardian for the fourth year.

Plus 94 chief executive Sifiso Falala says that one of the hallmarks of the research, — conducted among 3042 respondents in major cities across all nine provinces — is the generally higher approval ratings compared to those that consumers in the United States afford to their brands.

“In the US the highest ranked companies come in around the high 70s, whereas local firms are in the mid-80s,” he says. “In fact, the top 25 local companies all score upward of 80 points. That being said, the rankings this year are lower than the scores from previous studies. This might be an indication that people are tightening their belts and feeling less bullish or becoming more sceptical about what businesses collectively are doing for the country.”

Coca-Cola SA topped the rankings for the fourth year running, scoring 85,68 out of 100 possible points. Pick n Pay jumped three places from last year to finish second (84,85) while Vodacom (84,60) and MTN (84,56) retained their third and fourth positions respectively. Toyota has made a strong comeback to claim fifth position with Volkswagen — only four thousandths of a point behind.

The 2014 study rated perceptions of 163 companies.

Falala says that while Coca-Cola has topped the table for the fourth consecutive year it appears to be losing steam, with the gap between it and the fifth-ranked company closing from a spread of roughly four points in 2012 to less than two.

“If I was running Coca-Cola it would be easy to say that the ratings for all companies have dropped, but I would have to ask why we have dropped so much more,” he says.

Coca-Cola, however, displays a strong brand affinity as demonstrated by consumers’ love for the brand, appreciation for its clear and simple communication with external stakeholders and in regarding it as an esteemed business.

Falala points out that brand recognition is a common feature among the top five companies, which translates into higher rates of acceptance of these brands. “It surprised me a little that South African consumers are not afraid to express their affection for a brand,” he adds.

This doesn’t indicate blind acceptance, however, with governance emerging as an important determinant of a company’s reputation, followed by communication with stakeholders, indicating how important both are to the business and ethical business practices.

“This shows that consumers are more overtly stating that reputation is important to them,” Falala explains.

“This is a clear message to companies: you cannot get away with just having superb offerings because there is more of an expectation of your social contract and activity in society. Consumers appear to admire successful companies, but that doesn’t impress them as much as when the business says: there is a problem in education, health, infrastructure or early childhood development and we are going to do something to help fix that.”

There is an important lesson for companies in this with regards to their broad-based black economic empowerment efforts. Falala says there has been a tendency to view economic empowerment, employment equity and social responsibility only as a cost to the business. “What we are learning is that South Africans expect business to perform and make money, while also admiring great vision and leadership. But once they’ve achieved that, however, there is the expectation for the businesses to give back,” he says.

This attitude extends to organisations’ workplace environment, which Falala says is an often overlooked dimension of reputation management. He says staff, particularly in the customer-facing retail environment are often viewed as representative of the sum total of how a company treats their staff, as  far as the public is concerned.

He singles out Pick n Pay in this regard, which is seen as a company that treats its staff well, especially as far as training is concerned.

Despite the top echelon in the reputation rankings remaining fairly static, it is clear that companies are under increasing scrutiny and that there is no place for complacency.

Reputation management today is a far cry from the one-way activities companies happily undertook prior to the emergence of social networks. Today, consumers have an independent and unfettered voice via these platforms.

The 2014 Top Companies Reputation Index bears this out with the number of respondents who have commented about a brand on a social network climbing to 11% from around 8% previously.

Plus 94 Research chief executive Sifiso Falala says this indicates higher levels of activism via social networks, with this three percentage point jump being quite significant. With 65% of these comments made on Facebook, this network easily surpasses the number of comments made on WhatsApp (35%), Twitter (10%) and Blackberry Messenger (9%).

“This points to why companies have to have, and need to manage, a Facebook page,” he says. “A natural consequence of people making comments on social networks is that friends or followers on those networks are likely to have read the comments. This tells us that social networking can no longer be ignored.”

Shoprite easily garnered the most social network comments (at 12%), followed by Pick n Pay (6%), Woolworths, MTN, KFC and Mr Price each attracted 4% of comments. Unfortunately the research does not measure whether these comments were negative or positive.

Falala points out that despite the prevalence of social networks, a sizeable number of respondents indicate that they do not use these platforms. What is most significant about this group is that they rank the reputation of companies such as Coca-Cola, Vodacom and MTN by up to 3 points higher than the total reputation ranking these companies received.

This situation is reversed for the big four banks, which all score lower among people not active on social networks. Absa fares the worst, with a near six point spread between its overall score and non-social media respondents. Standard Bank follows with a three point spread, then First National Bank (2 points) and lastly Nedbank (1,5 points).

In terms of participation on social networks, WhatsApp easily surpasses all competitors when it comes to overall use (68%) and multiple daily interactions (95%). Fifty-six percent of participants use Facebook, 65% of which post several times a day. Blackberry Messenger is used by only 20% of the survey group, although 88% of them use the service several times a day. For all its fanfare, Twitter is used by only 13% of participants, with 41% of those posting multiple messages a day, although 23% post at least once a day — far higher than the other popular services.

This article forms part of a larger supplement which can be found here. This supplement has been made possible by the Mail & Guardian’s advertisers. All content has been independently sourced by the M&G’s supplements editorial team