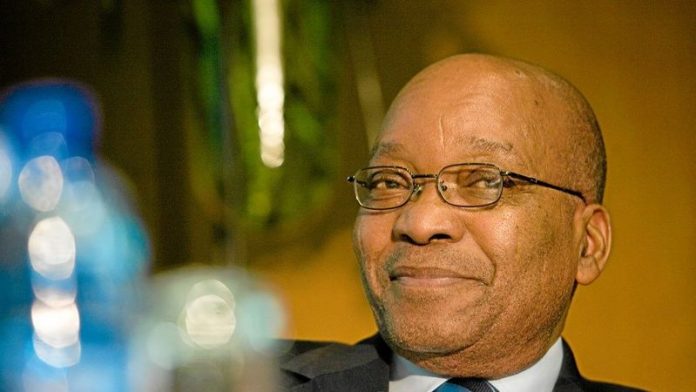 ANC Spokesperson Zizi Kodwa told the M&G on Sunday, shortly after the report was published by the Sunday Times, that there was nothing newsworthy in the story and that people with allegations should approach the Seriti Commission, which the president has tasked with investigating allegations into the arms deal.

“They have no intention to go before the commission because it suits their agenda to sensationalise. This is nothing else but a political game,” said Kodwa. The party released a list of angry tweets from its official Twitter account on Sunday in response to the story.

However Kodwa said the party had “no plans at this stage” to take their complaint further, to the Press Ombudsman.

Zuma used the code word “Eiffel Tower” to signal his acceptance of a hefty R500 000 a year bribe from Thales, and was bankrolled with flights, clothes, legal fees and more, according to transcripts of a testimony by former fixer Ajay Sooklal to obtain the R70-million in outstanding fees he claims he is owed.

In the process of his arbitration case, new details of the dealings between Thales and Zuma have emerged.

According to Sooklal’s testimony Zuma’s former financial adviser Shabir Shaik proposed the bribe and code words. On March 11 2000 Shaik brought Thetard to see Zuma at King’s House, his official residence in Durban, where he allegedly said: “I see the Eiffel Tower lights are shining today.”

This was taken to mean Zuma had accepted the bribe offer.

Sooklal’s testimony isn’t enough to go on, according to the ANC, who dismissed his allegations as a private conversation between two people that could not be confirmed.

But Thales itself, who were the most dismissive of Sooklal thanks to the current legal battle, confirmed aspects of his story.

The director of Thales’ South African subsidiary Thint, Pierre Moynot has insisted that Sooklal is lying in his testimony and that he is “not a proper guy”, but he confirmed that his company donated a hefty sum to the ANC and bankrolled Zuma while he was facing corruption charges as “he had no money at the time,” Moynot said.

Moynot was clear that about €1-million was given to the organisation and that there was nothing inappropriate about it. “A lot of companies want to have good relations with the ANC and give them money from time to time,” he said.

Asked to confirm the amount of €1-million, he said it was “something like that.”

Kodwa however insisted that the ANC had no record of a donation from Thint, which won a R2.6-billion navy contract in 1997, and several multimillion contracts after which is said to be a condition of the bribe.

“We have no record of this donation,” said Kodwa. “In the ANC we audit our books. In all our conferences there is nothing about that donation in our audited statements.”

But the donation would not have followed normal channels. According to the Sunday Times Thales gave the party a cheque for €1-million in April 2006 to be paid from a secret Dubai account into an “ANC-aligned trust” shortly before the company was due to stand trial for corruption with Zuma.

But Kodwa was adamant that there was no truth to the allegation. “We don’t have an offshore account,” he said. “This is part of a campaign to damage the standing and credibility of the ANC.”